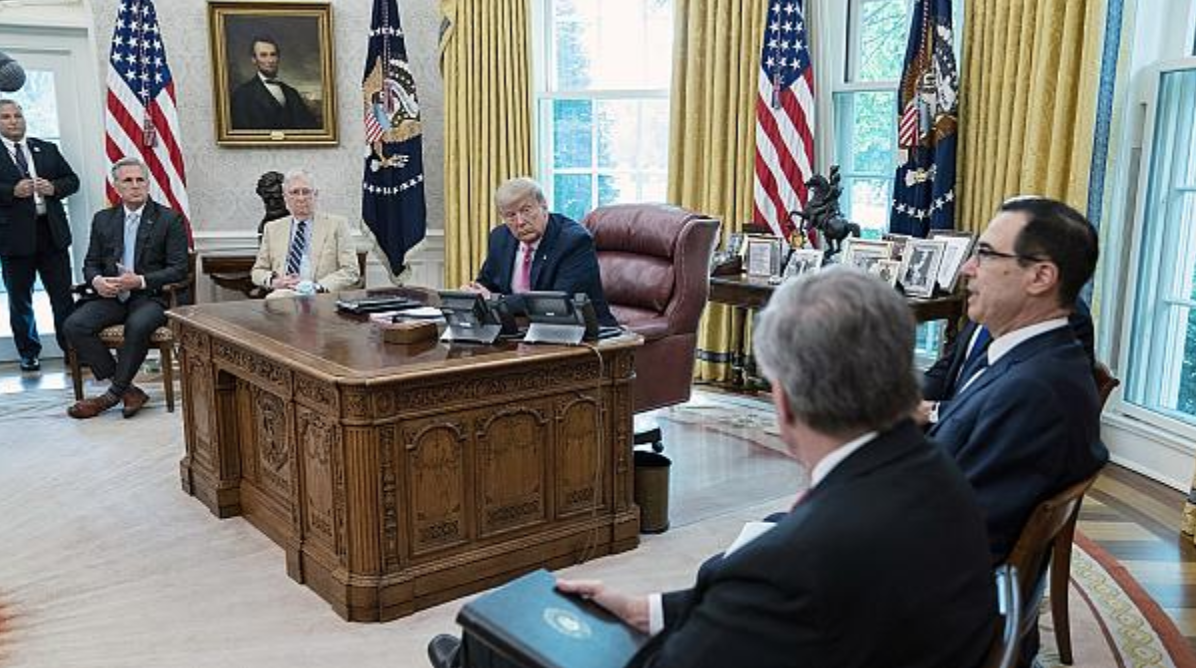 Republican leaders carried a discussion on another round of coronavirus relief. As a possible vaccine is on the way, Treasury Secretary Steven Mnuchin said, “We’re focused on starting with another trillion dollars. We think that will make a big impact, and the focus is on kids and jobs and vaccines.” He noted that he and House Chief of Staff Mark Meadows would meet with other Republicans on Capitol Hill.

He continued that it is also important for institutions, such as schools and universities, to protect themselves from a possible lawsuit and liability. “We want to make sure that frivolous lawsuits don’t prevent schools, universities, and businesses from reopening,” he said. Senate Majority Leader Mitch McConnell agreed that lawsuits might hinder schools from reopening, and might add additional issues to the country’s economic reopening.

The Treasury Secretary also believed that it is important to pass legislation that would protect unemployed Americans while ensuring that others would not take advantage of the federal government by staying at home instead of going to work.

Mnuchin added that the administration wanted to ensure that Americans can work safely. Initially, Mhuchin said that the government plans to provide tax credits and incentivize businesses that are allowing their employees to go back to work, as well as for businesses that are providing PPE to create a safer work environment. The proposal was agreed by House Minority Leader Kevin McCarthy. He went on to claim that federal grants should not disincentivize people to work. Instead, it should encourage Americans to “keep going” by providing good incentives.

Moreover, Trump said that he is interested in providing a payroll tax cut for workers. He believed that tax cuts are “proven to be successful” and could help a lot of Americans and incentivize companies to hire more workers and boost production.

As the outbreak continues, lawmakers are pressured to pass another coronavirus relief program, especially since the $600 per week federal unemployment insurance benefit will expire next month. In an interview with CNBC, Republican Sen. John Barrasso explained that Congress is focusing on economic “recovery” rather than providing a “stimulus bill.” He believed that the new proposal will help people to go back to work and students to return to school. Barrasso said that the proposal would also save lives by providing additional support for tests, treatment, and coronavirus vaccines.

Currently, the Centers for Disease Control and Prevention reports that there are nearly four million coronavirus cases in the country and over 143,000 deaths. There is also an

in several U.S. states, like Dakota, Kentucky, and Montana.