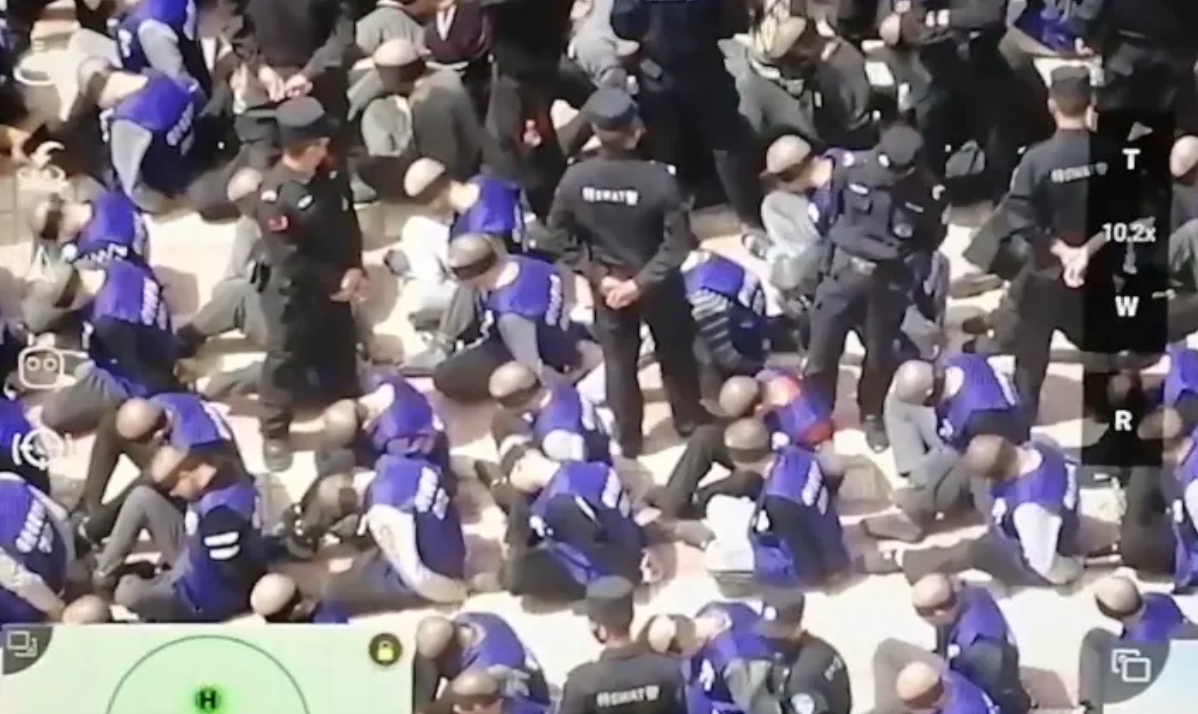 On Sunday, BBC journalist Andrew Marr confronted the Chinese ambassador to the U.K., Liu Xiaoming, over the disturbing drone footage of communist prisoners.

In the television interview, Marr and Xiaoming sat face to face as the footage showed hundreds of prisoners kneeling, blindfolded, and shaven while they were gathered around Xhianjing train station. Marr pushed the Chinese ambassador for answers; however, he complained that he could not see. As the video producer zoomed-in, Xiaoming failed to provide a valid answer and deflected the question by bizarrely praising the Chinese town for its beauty.

Marr was appalled by his response, as he had to explain the video was not by any means a “beautiful coverage.” Xiaoming replied that in 1990, the town completely changed as a result of terrorist attacks. The BBC journalist rebutted that it had been ten years ago and continued that it does not explain why shaven and blindfolded prisoners were led to trains. The Chinese ambassador questioned the validity of the footage and believed it was just a simple transfer of prisoners.

The journalist was having none of it and instead offered an alternative explanation. Marr believed that the situation is far more serious than what the ambassador claimed, as he cited that across the globe, “western intelligence” proved how the Communist government had committed numerous transgressions against Uyghur people. The journalist alleged that members of the said Muslim minority were “being pushed on trains and taken off.”

The Chinese official blasted off the accusations, saying that for years, the so-called “western intelligence” had been spewing misinformation against the Chinese government. Xiaoming continued that people were claiming that nearly one million Uyghur Muslims were “persecuted”. However, he said that the idea of ethnic cleansing is deemed impossible since the population had grown double in the last forty years.

However, Marr gave a counterclaim saying that the population growth for the Muslim minority had fallen by up to 84 percent between 2015 to 2918. Xiaoming refused to accept the numbers, citing that his figures were accurate and that no forced abortion is happening in China.

The footage was taken just last year, raising even more speculations that Uyghur Muslims were being sent to “Nazi-like” detention camps to undergo reeducation. According to reports from the Associated Press, some were even forced to have sterilization. Most shockingly, the China Tribunal also claims that the communist government had made a lucrative industry of harvesting thousand of human organs from Uighur Muslims.

According to a report from Axios, the birth rate in Xianjing fell by a whopping 24 percent last year, and that people are being threatened by “mass detention” if they failed to comply with the government’s “population control measures’” such as forced sterilization and use of IUDs.