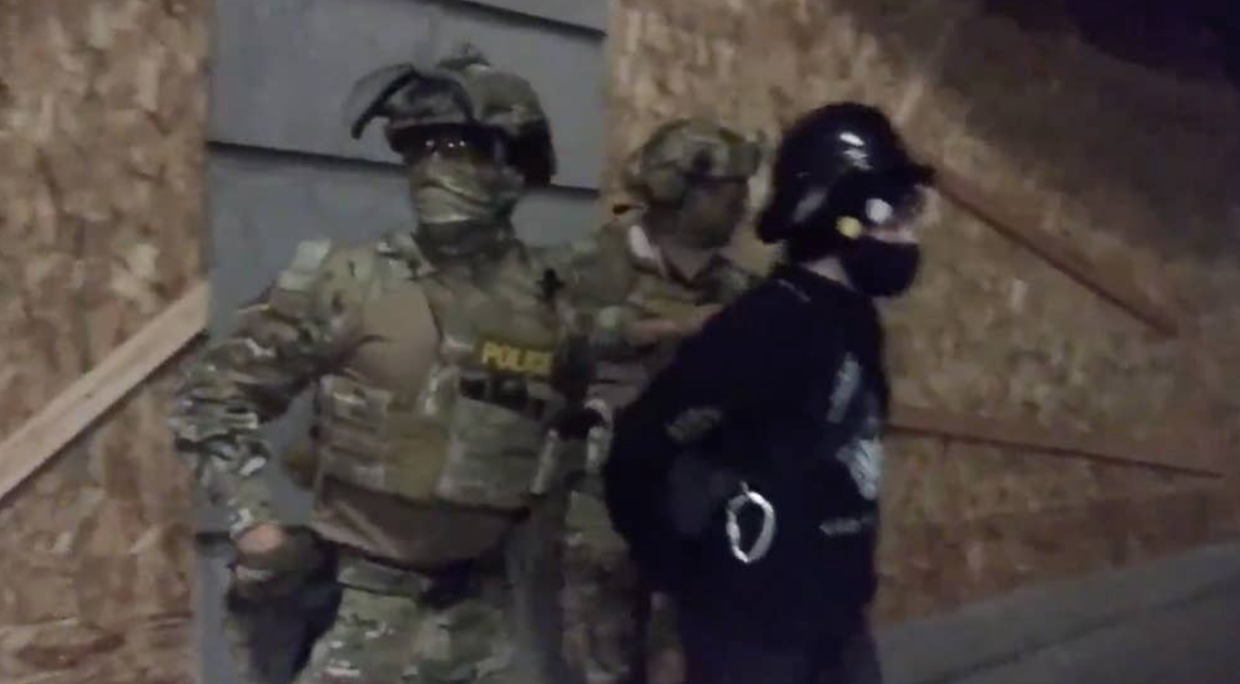 Federal law enforcement officers have reportedly moved in against the protestors in Portland, Oregon. This is a response to the ongoing violence perpetrated by Antifa and by the Black Lives Matter movement. The Federal agents are reportedly detaining the rioters using unmarked vehicles. This is a major escalation in the ongoing protests that affect not just the city of Portland but also other major cities in the United States.

The Oregon Public Broadcasting (OPB), reported that federal officers have been using unmarked vehicles in detaining protesters as early as July 14. This comes after weeks of protests, which have resulted in riots, vandalizing of buildings, destruction of federal property, and attacks on police officers. The rioters have also repeatedly attempted to burn down police precincts but have been stopped by their own incompetence.

The OPB reported that “Personal accounts and multiple videos posted online show the officers driving up to people, detaining individuals with no explanation of why they are being arrested, and driving off.” Many blame President Donald Trump, who has said he would take action if the local officials don’t do anything. As expected, they are accusing him of using authoritarian tactics.

The leftists are now claiming that the actions of federal law enforcement agents are illegal. These are the same people who have threatened to burn down government buildings and have looted businesses in the areas where they have been rioting.

The reporter Andy Ngô has been reporting Antifa activities on social media. He posted videos of the actions of Antifa on the streets, which deserve strong police action. “Unwilling to directly confront federal police, Portland Antifa rioters turned their violence toward the public. They smashed the window of the nearby 711, threw a projectile at an EMS vehicle driving on the street, and here, tried to chase down a driver.” Ngô has posted several other videos that show the destruction being caused by Antifa.

Unwilling to directly confront federal police, Portland antifa rioters turned their violence toward the public. They smashed the window of the nearby 711, threw a projectile at an EMS vehicle driving on the street and here, try to chase down a driver: pic.twitter.com/mWg0pH3PPx

This is the usual tactic of Antifa. They break the law, and when law enforcement tries to stop them, they accuse the cops of breaking the law themselves.