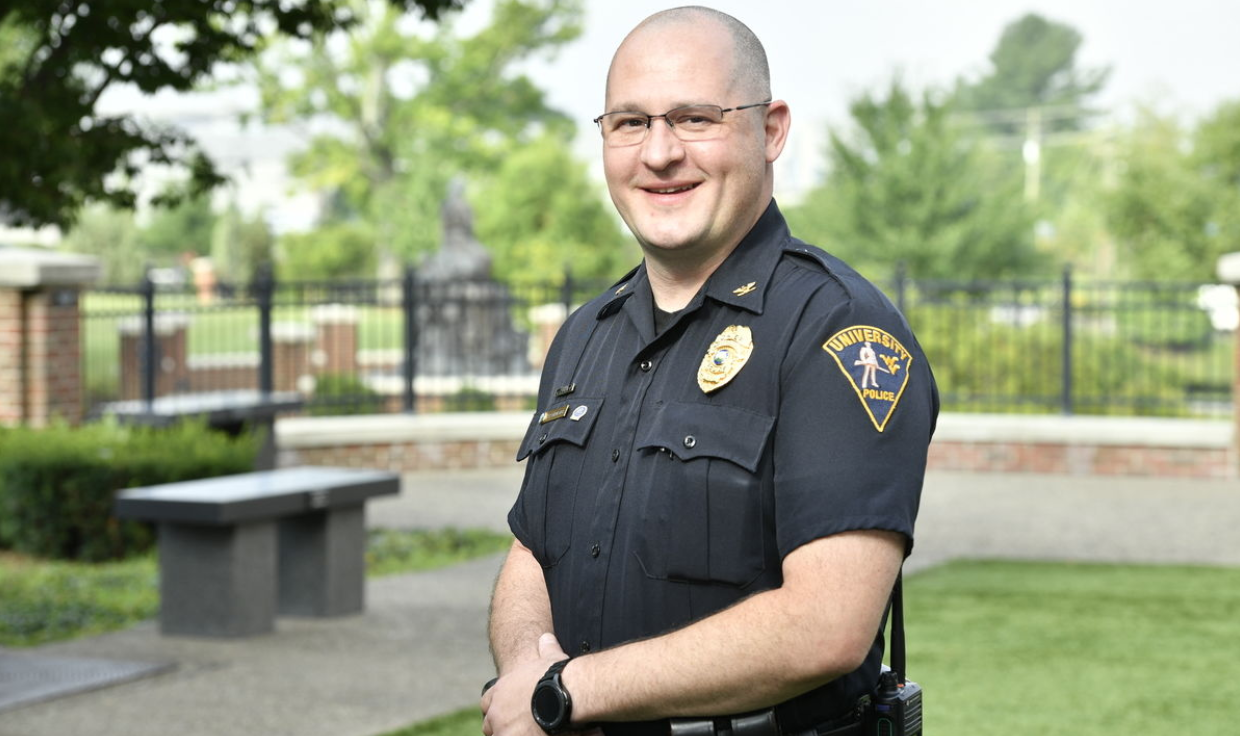 The police chief at West Virginia University was forced to make a groveling apology after some students noticed that there was a Thin Blue Line flag displayed inside his home during a video conference. The students demanded his resignation after they were outraged that he would dare to display such a symbol of hate for them. Chief W.P. Chedester issued an apology so that he can keep his job, saying that his flag caused some hurt among the student body.

He issued a statement that was published on the website of the school. He said that the flag was given to him as a gift and that for him it represented the commitment he made to protect the community. “ I understand now that it represents something else to many others, something that I now know was traumatic to some of our community tuning in for our Conversation. I sincerely did not have any intent to suggest that police lives matter more than Black lives, nor was I intentionally trying to cause any harm or offense.”

The Thin Blue Flag is a symbol used for law enforcement. It is displayed as a sign of support for the people who put their lives on the line for the community where they work. The flag is made up of an American flag in black and white with a thin blue band running horizontally across its center. There is nothing surprising for a police officer like Chedester to have it displayed, especially if it is in the privacy of his own home. But the leftist students will have none of that. They want anyone who even has a thought that is contrary to theirs to be canceled and banned. This is why they are not satisfied with a mere apology. Things are getting worse as these leftists demand more and more.

In Marymount Manhattan College, students also called for the resignation of a professor who dared to fall asleep while attending a video conference on “anti-racism.” The professor claims that she didn’t fall asleep, that she was just adjusting her glasses, but that wasn’t enough for the students. Soon, the leftist students will be demanding that the state should also prosecute anyone with an opposite opinion to theirs. That’s what fascists and communists dictators did to destroy the opposition. These students are just too ignorant to see that’s where they are headed.