Trump Has Had Enough, Promises Automatic 10 Years In Prison For Anyone Trying To Vandalize A Monument 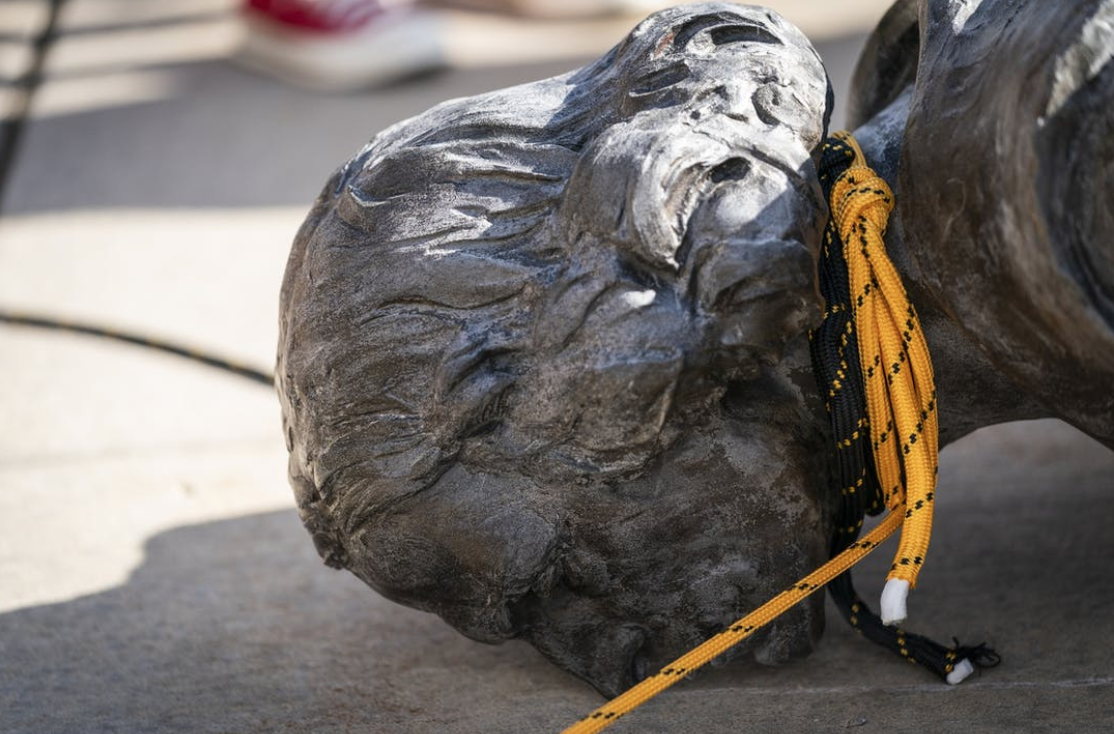 On Sunday morning, President Donald Trump threatened to invoke the Veterans’ Memorial Preservation Act if any more rioters and protesters tried to topple down more monuments across the country.

Trump called out “radical left anarchists, agitators, looters, and protesters” who have toppled monuments and statues. He said, “If they even try, an automatic 10 years in prison. Sorry!”

No, Radical Left anarchists, agitators, looters or protesters will not be knocking down or harming the Washington Monument, the Lincoln or Jefferson Memorials, or just about any other Federal Monumrnt or Statue. If they even try, an automatic 10 years in prison. Sorry!

Since the outbreak of the Black Lives Matter (BLM) movement after the death of Minneapolis man George Floyd, protesters and rioters have made monuments and statues their favorite targets.

A number of Confederate statues and monuments have been toppled down, vandalized, and even burned to the ground. Not only that, after seizing Confederate ones, the rioters then turned to take down Catholic statues as well.

Just over the weekend, two statues of the Virgin Mary in Boston, Massachusetts, and Queens, New York, were reportedly vandalized. At around 10 PM on Saturday, police officers responded to a call about a fire in Dorchester, Boston. When they arrived at Saint Peter’s Parish Church, officers saw a statue of the Blessed Virgin Mary, which had been set on fire.

A similar case happened at the Cathedral Prep School and Seminary in Queens, New York, on Friday. Security footage showed an individual approaching the 100-year-old Virgin Mary statue shortly after 3 in the morning, and daubed the word “IDOL” on the statue.

The @BrooklynDiocese is announcing the #NYPD is investigating an act of vandalism from earlier this morning at @CathedralPrep1 in #Queens as a possible hate crime. An individual approached the statue of the Virgin Mary at the entrance of Cathedral Prep and defaced it. pic.twitter.com/iQJEtwllur

Cathedral Prep posted an update, saying that the Virgin Mary has been cleaned and restored.

Update. The Blessed Mother Statue has been cleaned and restored thanks to Catholic Cemeteries. The investigation is still on going. #800577TIPS #YourCityYourCall pic.twitter.com/nN3nNl6yWj

This isn’t the first time that the president has invoked the act. Last June 26, Trump threatened the protesters who plan to topple down the statue of Andrew Jackson in Washington’s Lafayette Square. The president commended law enforcement who controlled the situation and said that they are working closely with the White House Secret Service. Trump added, “Numerous people are in jail and going to jail today. People are already there, but we’re looking at long-term sentences under the act. We have a very specific monument act. And we are looking at long-term jail sentences for these vandals and these hoodlums and these anarchists and agitators, and call them whatever you want. Some people don’t like that language, but that’s what they are.”

He also said that those who take down and vandalize America’s statues are “bad people,” who don’t love our country.

I have authorized the Federal Government to arrest anyone who vandalizes or destroys any monument, statue or other such Federal property in the U.S. with up to 10 years in prison, per the Veteran’s Memorial Preservation Act, or such other laws that may be pertinent.....

Fox News explained that while not really “automatic,” the Veterans’ Memorial Preservation Act does call for up to ten years in prison as punishment for damaging or attempting to damage “any structure, plaque, statue, or other monument on public property commemorating the service of any person or persons in the armed forces of the United States.”