As tensions rise between North Korea and South Korea, the communist regime had decided to cut communications with South Korea by blowing up its joint liaison office, which was used to facilitate dialogues between the two countries. 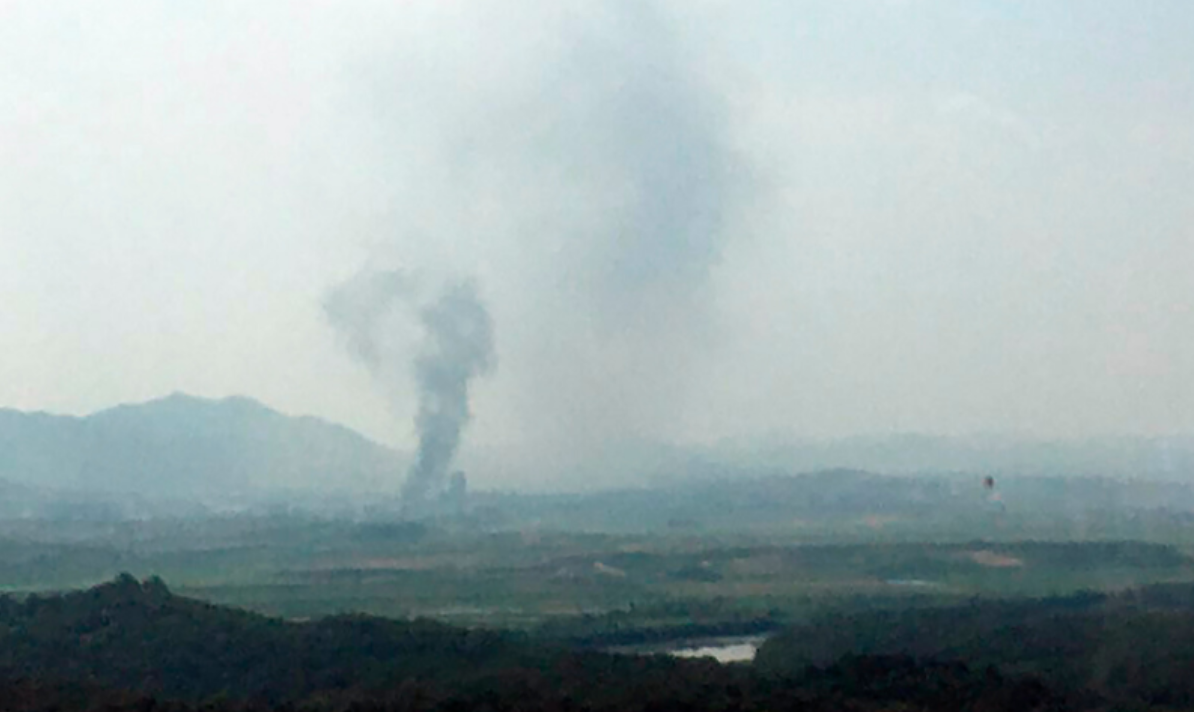 In a report from the North Korea state media, the communist regime had “completely destroyed” the four-story building, which is located in the town of Kaesong on the North Korean side of the demilitarized zone, in a “terrific explosion.”

The move came as retaliation after South Korean activists dropped leaflets aimed at uncovering the ineptitude of the Pyongyang government, which have gravely angered communist regime. This had also come as a direct threat to North Korea’s heavy censorship laws.

In fact, the communist regime bans its citizens from consuming media that is not approved by the government. North Korean refugees and activists use balloons and other methods to carry out the message to get through the other side. The leaflets were meant to discredit the government’s claim that South Korea was a poor nation, and that North Korea was one of the world’s wealthiest and most powerful countries.

Rodong Sinmun, North Korea’s propaganda arm, also lambasted the South Korean government for being “weak” and “incompetent.” The media outlet also announced that they do not see any reason to continue diplomatic talks, and warned that the country would pay “dearly for their heinous crimes.” The media outlet concluded that the communist government has already taken a “series of retaliatory actions to punish the betrayers and human scum.”

In defense, South Korea claimed that they had taken action against the activists. However, the South Korean government was unable to present any names of the people behind the leaflet drop.

Amidst the chaos, one person had surprisingly stood out, Kim Yo Jong, the Supreme leader’s sister, and his natural successor. While the North Korean leader might be alive and well after reports have circulated that he was in a critical condition, his sister has stepped up into more important roles.

In fact, on Saturday, Kin Yo Jong had issued her first violent threat against South Korea. In a Fox News Report, she had already warned of a possible “tragic scene” if the tension between the two nations continues to rise. “By exercising my power authorized by the supreme leader, our party, and the state, I gave an instruction to the arms of the department in charge of the affairs with [the] enemy to decisively carry out the next action,” Kim Yo Jong said.

She added that a “tragic scene” will take place in the “useless” North-South joint liaison office if they were unable to resolve any issues. The second most powerful person in the North Korean government also admitted that she had authorized the country’s top military authority to decide what’s the best course of action.

While some had hoped that Kim Jong Un’s sister might break into her family’s long line of an aggressive pro-communist stand, it seemed that the idea was too far-fetched. In fact, Chinese media had long warned that there might be a complete diplomatic break between South and North Korea, and foreign media have been speculating that the communist government might have been manufacturing a crisis.