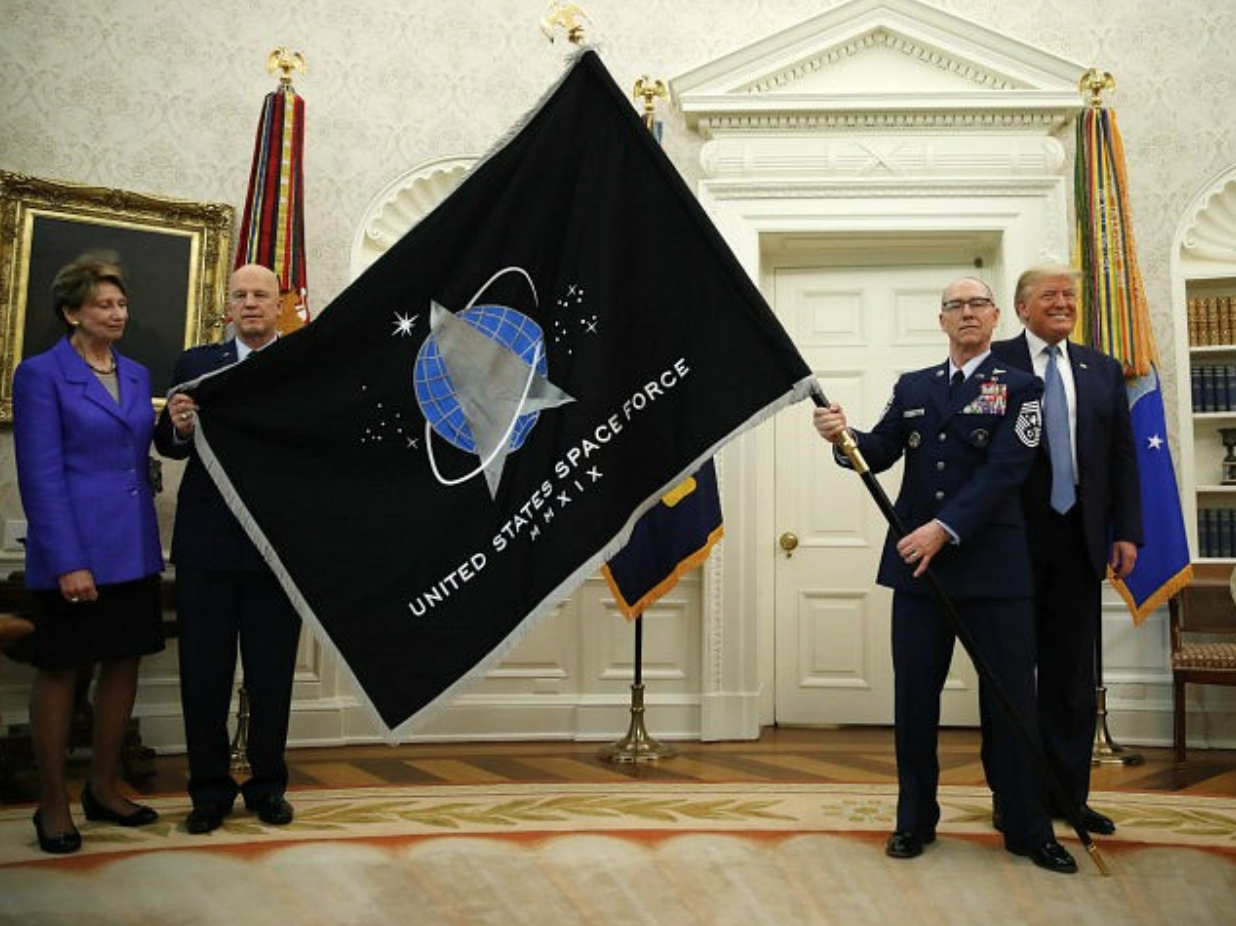 During a historic ceremony at the White House on Friday, President Donald Trump unveiled the flag of the Space Force, the newest branch of the United States Armed Forces. President Trump said, “space is going to be the future, both in terms of defense and offense and so many other things.”

CMSgt Roger Towberman, who is the Senior Enlisted Advisor for the U.S. Space Force and Gen. Jay Raymond, the first Chief of the United States Space Force was there with the President to help show off the flag of the new branch of service. Towberman showed the new rank patch for the branch on his uniform as they unfurled the flag inside the Oval Office.

Raymond explained some elements of the flag’s design. The delta wing he said has always been used by those involved in the space community since its earliest inception. The North Star symbolizes the program’s role as a kind of guiding light. While the orbit that circled the globe in the symbol signified the capabilities of the United States to project its power in space.

Others have criticized the use of the delta wing in the Space Force logo saying that it looked like a Star Trek logo but they didn’t know that it has an actual military history. It has been used in Army emblems back in the 1940s and 1960s. If anything, the Star Trek design borrowed from the military.

The establishment of the Space Force is a major attempt of the United States government to solidify its lead when it comes to space development. Space Force also opened its application period of active duty personnel from other branches to transfer to it. The branch of service has also published its first commercial to attract new recruits to its ranks. It is now operating with the help of 16,000 airmen who have been detailed from what was the Air Force Space Command.