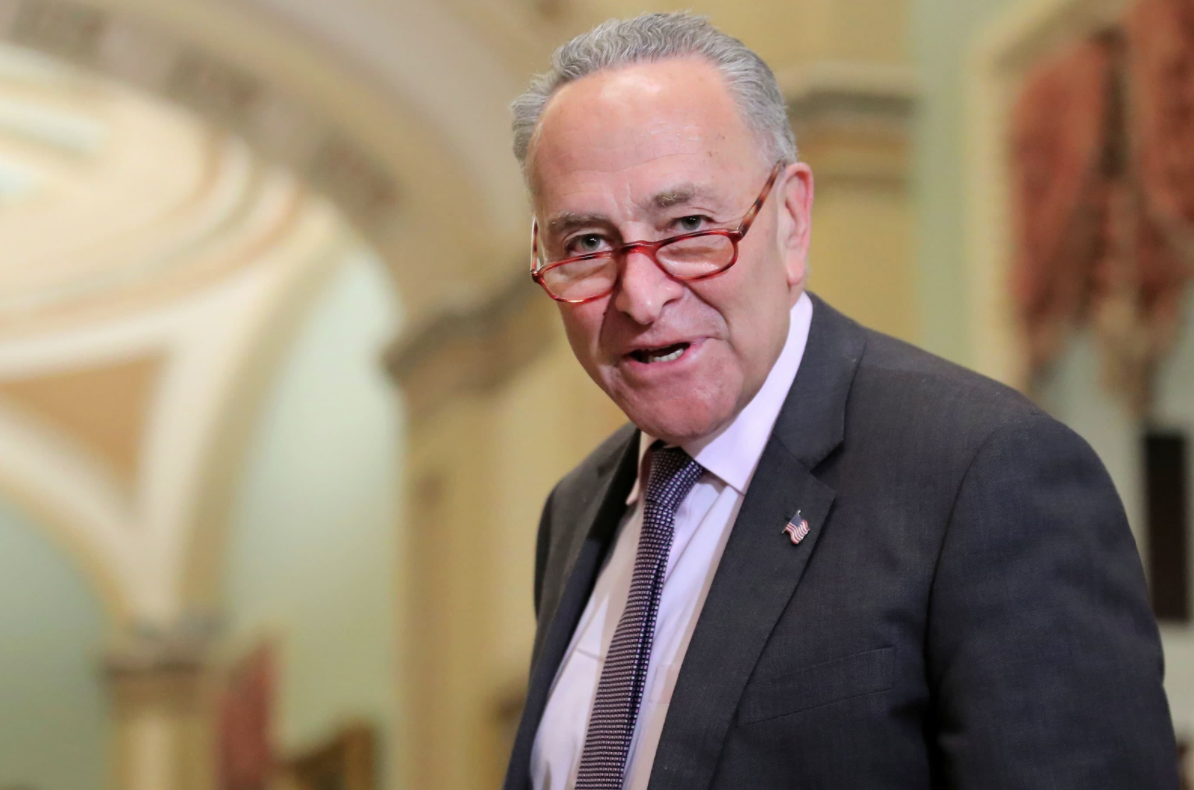 On Sunday, Democrat and Senate Minority Leader Chuck Schumer declared that President Donald Trump had committed the “most despicable action that any President has ever taken.”

In a weekend interview for CBS’s “60 Minutes”, Schumer urged Senate Republicans to vote in favor of Trump’s conviction. The Senate Minority Leader said, “What Donald Trump did is the most despicable action any president has ever taken.” He argued by saying that Trump is responsible for inciting the violence which had led to the Capitol riots on January 6.

While Trump is scheduled to step down from the White House even before an impeachment trial could begin, Schumer insisted that it is important for the President to get a conviction. He explained that securing a conviction against Trump is a guarantee that he would not be able to run for office again.

However, the show’s host Scott Pelley flatly told the Senate Majority leader that it “doesn’t seem likely” that the Senate Republicans would vote in favor of Trump’s impeachment. He responded by saying that GOP Senators should look back at how “awful” the entire incident was, and the consequences that it will have on the country’s history.

Senate Republicans had also requested Sschumer not to go forward with the impeachment trial. In a letter, Sen. Lindsey Graham urged the Senate Minority leader to reject the impeachment, citing it as “unconstitutional.”

In fact, he believed that the move would only delay what Democrats campaigned as a “time of healing.” Graham wrote, “We will be delaying indefinitely, if not forever, the healing of this great nation if we do otherwise.” Just last week, the House Representatives, including ten Republicans, voted in favor of the President’s impeachment, and had brought one charge of “incitement of insurrection” against Trump.

Graham also praised Vice President Mike Pence for refusing to give in to the Democrats’ demands to invoke the 25th Amendment, which would render the President powerless. He even compared Pence’s stand against the Senate Minority Leader.

The GOP Senator claimed that at the time when the country desperately needed to heal, Schumer and the rest of the Democratic party instead sought “vengeance and political retaliation.”

However, Graham shared a different view when it comes to the MAGA protesters who have stormed the Capitol. The Senator believed that pardoning the rioters would be Trump’s greatest mistake, and hoped that the President would not take such action. He also called out Trump as one of the most important figures in the GOP.

Senate Majority Leader Mitch McConnell had also asked the Senate to delay the trial and wait before Trump could finally step down from the White House. Unfortunately, by that time, the Democrats have already taken over the majority.