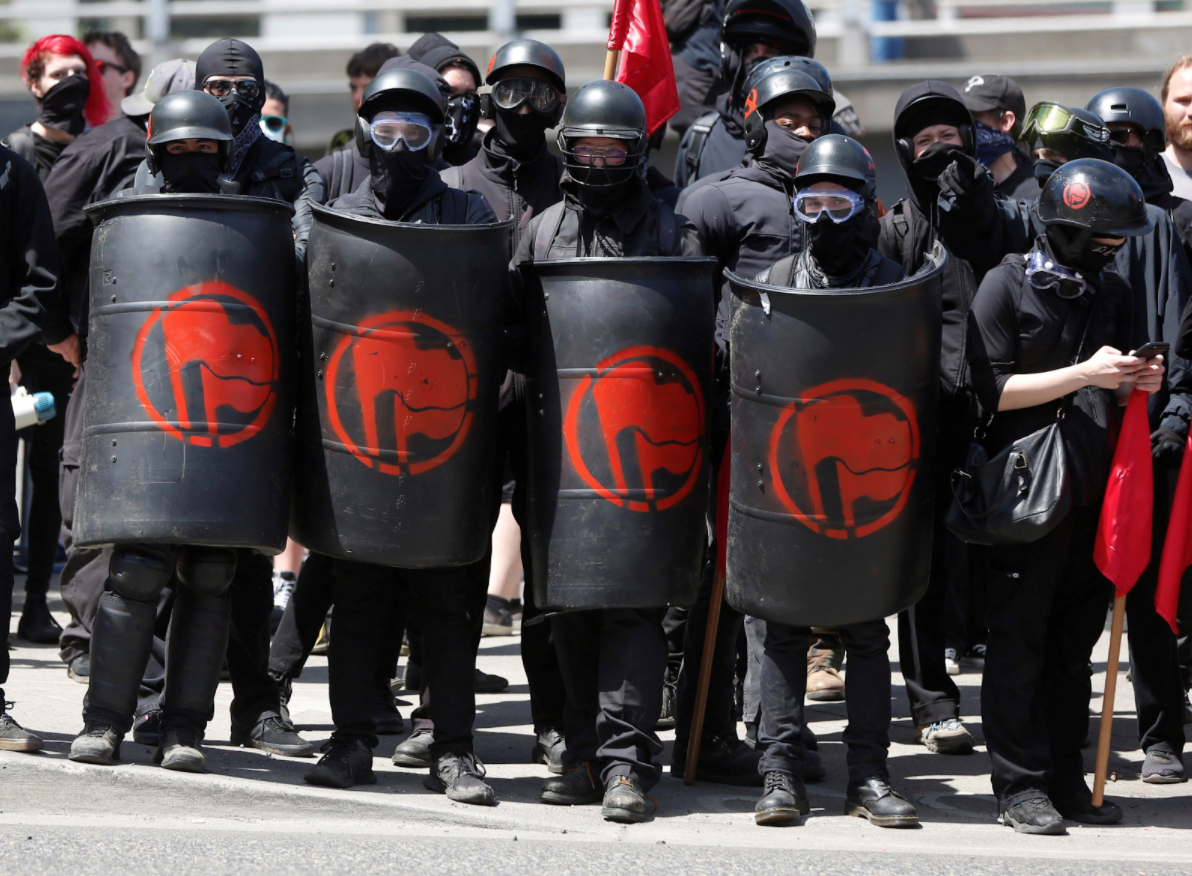 On Sunday, a mob of Antifa members, dressed in full black riot gear attacked a pro-Trump journalist during a rally in Manhattan.

Following the Capitol riots on Wednesday, members of the radical left-wing organization, Antifa took over the streets of Manhattan. While reports cited that the rally remained largely peaceful, a female journalist was repeatedly attacked after the rioters learned that she was a Trump supporter.

In a Twitter post by an independent journalist, Andy Ngo, the footage showed around 25 members of the organization, all dressed in black riot gear and complete with defensive shields. As the march progressed, more and more people joined in until they finally reached New York Times Square. Then, the mob went into a formation, as other protesters stood behind, chanting the phrase, “Whose mother-f**king streets? Our mother-f–king streets” and “What’s that noise? F–k the Proud Boys.”

A large mob of #antifa are currently marching with riot gear in the streets of New York City. pic.twitter.com/28CuKsgHJR

During the march, a journalist, Tara Szczepansk, claimed that she was assaulted by members of Antifa when they learned that she was a Trump supporter. The group even smashed an egg on her head. However, the violent attack did not end there. Two other protesters approached Szczepansk and sprayed her with a chemical irritant. The other hit her with a skateboard.

Attacked at a #BLM #Antifa #NyC rally, smashed egg in my head, hit with umbrella, spat on, knocked with a skateboard as the crowd says don’t protect her she’s for Trump. pic.twitter.com/hpSTdIaZt2

While the attack continued, some people from the crowd screamed, “She’s a f**king Nazi.’ Others chimed in, “She supports Trump; why are you protecting her.” Then the man with the skateboard appeared to strike her.”

Footage caught across of when I was trying to get away, and I’m screaming to get off me, they hitting me with the umbrella and then knock my equipment, when I picked it up they smashed the egg and hit me in the head, then knocked my phone off. #BLM #Antifa #TrumpSupporter #NYC pic.twitter.com/JOh3t2QGeM

I ran to the #NYP for help they told me to stay 6 feet from them and let me be attacked. pic.twitter.com/otVQaY9R0V

In another social media post, a protester wearing a cop uniform with a pig head harassed NYPD officers who were trying to de-escalate the situation.

A protester wears a pig mask and cop costume at the #antifa street march in New York City today: pic.twitter.com/U5nlewRvDn

While Democrats have condemned the Capitol violence, they still showed their support for radical left-wing Democrats who continued to incite violence across several states, including Portland, Oregon.