Portland Mayor Begs For Federal Help In Dealing With Antifa 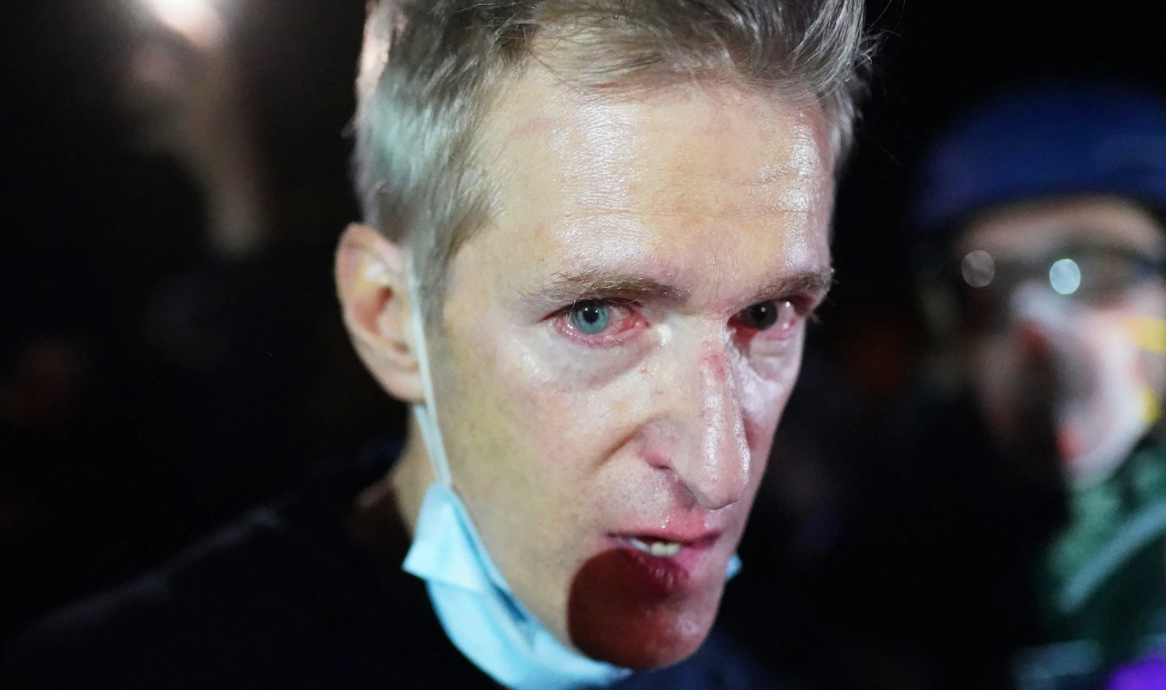 Portland mayor Ted Wheeler has admitted that his policies for dealing with the Antifa rioters in his city have failed. Wheeler is now begging for help from the state and more importantly from the federal government to deal with the lawlessness that he has allowed to grow in his city.

“My good-faith efforts at de-escalation have been met with ongoing violence and even scorn from radical Antifa and anarchists,” Wheeler said in a press conference. “In response, it will be necessary to use additional tools and to push the limits of the tools we already have to bring the criminal destruction and violence to an end,” he added.

“It’s time to push back harder against those who are set on destroying our community and to take more risks in fighting lawlessness,” Wheeler continued.

The mayor’s turnaround from being an active supporter of the Antifa protesters in his city comes after the latest attack of the rioters on Portland police officers and the latest round of destruction of businesses. The Antifa activists threw Molotov cocktails and high-powered fireworks on the ranks of police officers who were tasked with protecting the establishments in the area.

Portland Police Chief Chuck Lovell said during a press conference that what had happened was not about protesting but was about criminal violence and destruction.

Wheeler is now calling on federal law enforcers to help him quell the violence and the lawlessness. He is also asking the Oregon state legislature to increase the penalties for those who are engaged in repeated acts of wanton vandalism.

Portland has been suffering from lawlessness for the most part of 2020 because prosecutors in the city have released most of the protesters who have been caught. They did so under the guidance of Wheeler. Prosecutors there have dismissed more than 70% of the charges against the protesters from May to September. It is not surprising that Antifa operatives believe that they can get away with more.

It will be remembered that Wheeler has supported the Antifa protests and has even joined them at one time while assaulting the federal courthouse.