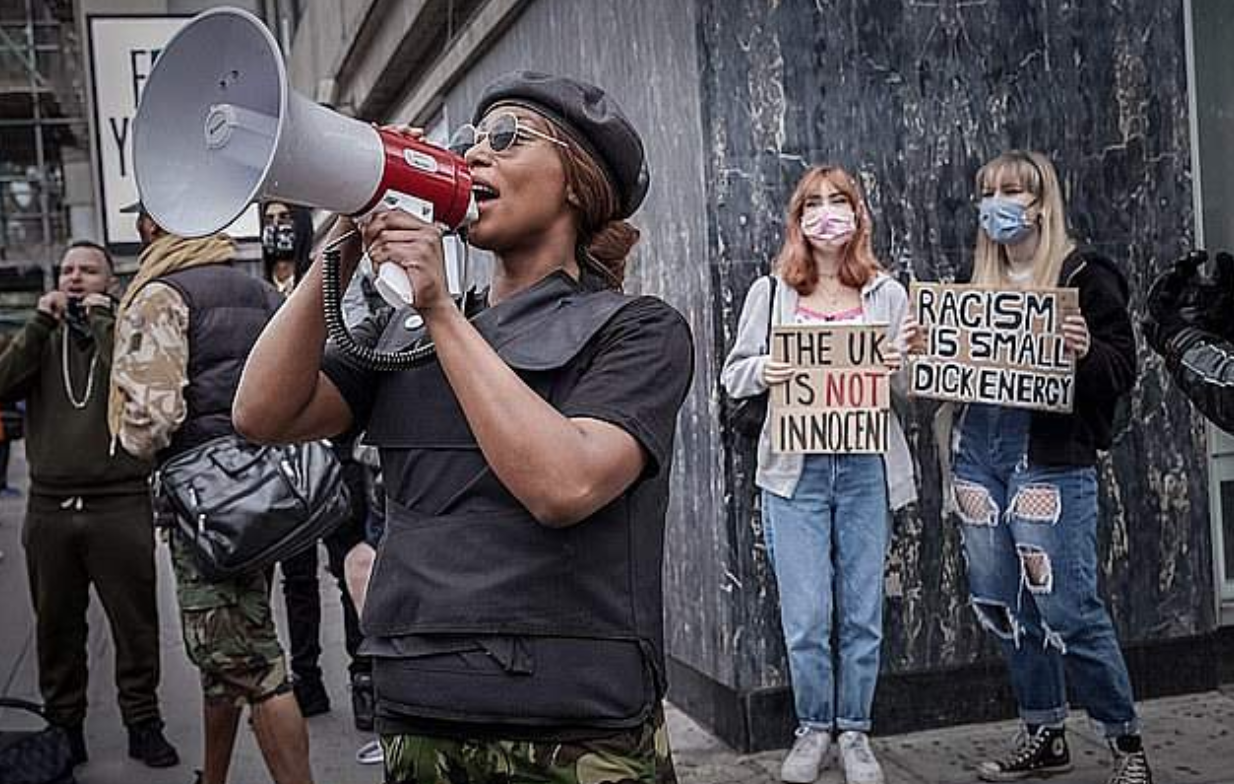 Sasha Johnson, a member of the radical Black Panther and a BLM activist is calling for a race offenders’ register. The register would be for those who have committed “microaggressions,” and someone who is on that list will be barred from getting work. Johnson is also demanding that blacks living in the United Kingdom should receive reparations similar to those received by the victims of the Holocaust.

Johnson first came to prominence back in July after a viral video showed her proclaiming that British police are no different from the KKK. She was also calling for a Black Militia that would be used for fighting against racism.

She has since then joined the executive committee of “the first black-led political party in the UK”, the Taking The Initiative Party (TTIP). The call for the race offenders’ register is included in the manifesto of the group. This is significant because microaggressions are defined as subtle and sometimes unintentional actions. This means that someone who may have unintentionally committed something that may have offended a person of color can be banned from working. Johnson wants those listed on the register to be banned from getting work and even from living near racial minorities. Johnson tried to explain her racist idea to the Daily Mail, “It’s similar to the sex offenders register. If you were to be racially abusive to someone, [the register] would question whether someone is fit enough to hold a particular job where their bias could influence another person’s life.”

“A lot of racism happens at work and places of education in a micro-aggressive way. If you exhibit an element of bias at work, you should probably receive a warning first [before later being added to the register], so people know in future that you hold these views,” Johnson added.

She then called for the British government to give out reparations to black people. “Reparations can take the form of tax-free periods, which would give time to build back up economic stability in black communities,” she said, adding: “We have to remember that the Jewish community received reparations for the Holocaust, and no one speaks about forgetting the Holocaust.”