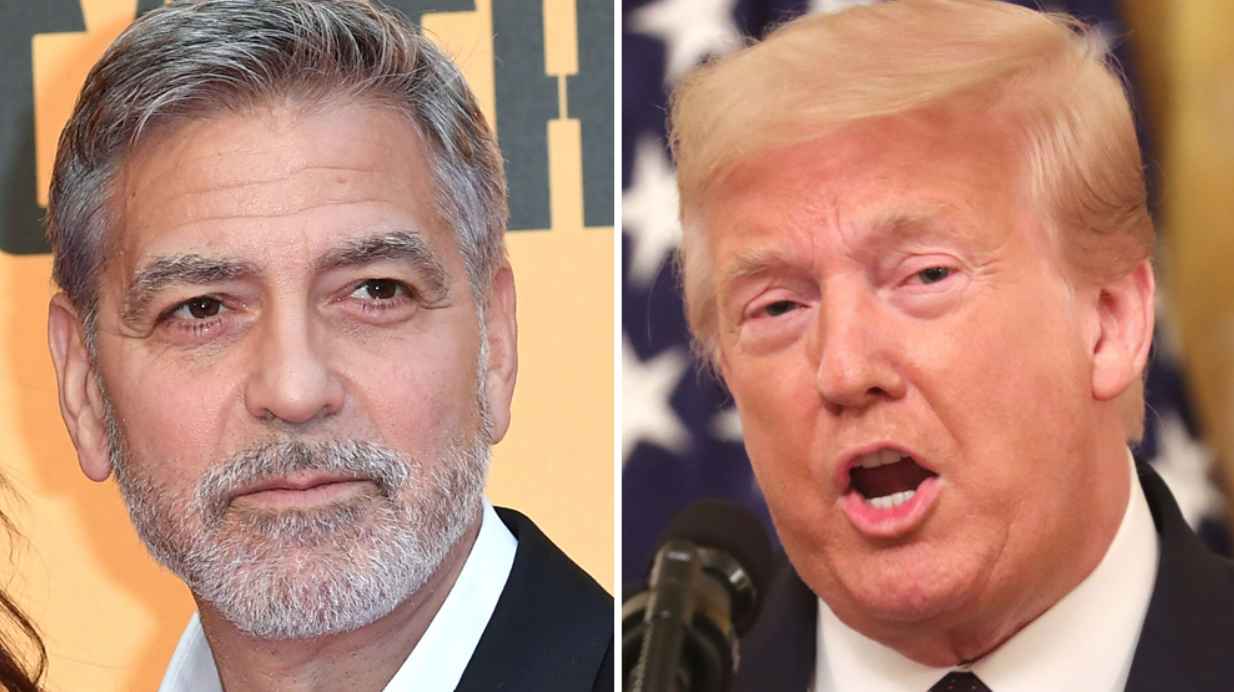 The New York Times asked the Hollywood A-lister about his opinion on Joe Biden’s presidency and whether or not he believes Biden will be able to reach across the Republicans. Clooney replied that Biden won’t be able to work with the GOP because many of the Republicans in the Senate want to be president themselves. “Every single one of these guys have aspirations for bigger things—Marco Rubio, Ted Cruz, Mike Pence, all of them,” Clooney told the Times. “They think people will travel with them because, ‘I’ve stuck with you, Don,’ but the truth is, they won’t. They stay with Donald because Donald, for all of his immense problems as a human being, is a charismatic carnival barker.”

Then Clooney also criticized President Trump for his decision not to support a coronavirus mask mandate, saying that the “idea that we politicize things like this is crazy.” He added, “Had Trump come out at the very beginning and said, ‘We’re all going to wear masks because it’s the right thing to do and it’s going to save a lot of lives,’ the whole country would have gotten behind him, and he would have been re-elected. But he thought it would affect his economy, so he chose to say it didn’t exist. And now we’re going to have 350,000 people dead.” Once again pining the blame to Trump.

Clooney, a very vocal supporter of the far-left and has donated millions to causes and campaigns of the Democratic Party, has once been asked about his interests in running for politics. However, the actor closed these discussions by denying any intentions of running for office.

Earlier this week, in a completely opposite manner, Clooney praised and gushed over Biden, saying he is a “very smart and wise man.” “I feel like we’re in so much better shape because I do think this: Moments meet the man or woman. And this is Joe Biden’s moment,” Clooney said in an interview with USA Today. “He is a compassionate, kind man. And we’re going to need that after we’ve lost probably close to 400,000 people by the time we get [the pandemic] in our rear-view mirror.”