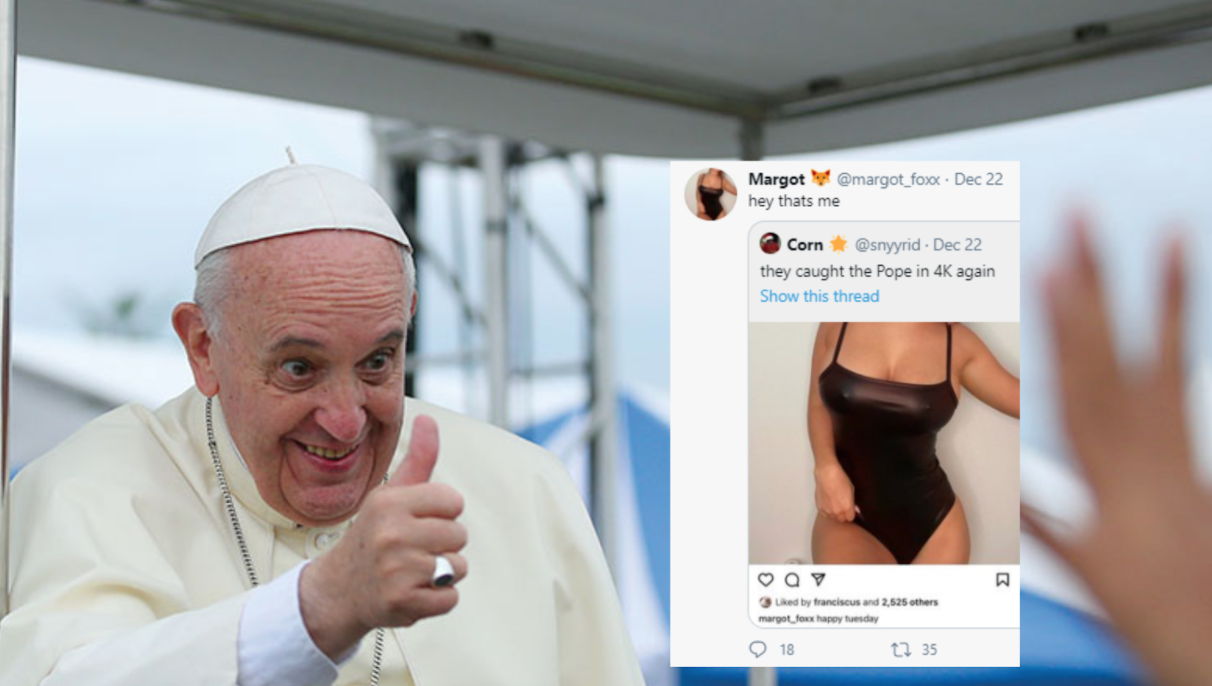 Pope Francis’s official Instagram account just liked another sexually explicit photograph of an adult model. “Hey thats me,” Margot Foxx tweeted together with a screenshot that shows the pope’s account as one of those who had liked her sexually provocative photos. She was wearing a very revealing black suit in the picture.

“The pope liked my picture that means i’m going to heaven,” Foxx said in another tweet.

This is the second time that the pope’s account has liked a sexy picture. Weeks ago, the account liked a picture of an image of Brazilian model Natalia Garibotto while wearing very revealing clothes. The Vatican has announced that they are launching an investigation to look into the incident. They have denied that the like came from the Vatican.

“We can exclude that the ‘like’ came from the Holy See, and it has turned to Instagram for explanations,” a Vatican spokesperson said. They are blaming Instagram for the incident but it is perfectly possible that someone who is managing the pope’s account liked the picture either intentionally or accidentally.

Compared to the other scandals that the Vatican has faced, the pope liking a sexy photo seems harmless. A book that was written by a French writer has revealed that several high-ranking Vatican officials are actually involved in gay sex parties that involved drugs right in the pope’s residence.

It is also possible that someone from the Vatican is trying to sabotage Pope Francis. The current pope is quite popular. A big part of his popularity is his rather liberal view on a lot of things. That has angered plenty of conservatives within the Catholic Church. Many are not happy with all the changes that he is enforcing.

Some factions within the Vatican itself are willing to see Pope Francis fail in order to allow the conservatives to continue to run the most powerful religion in the world.