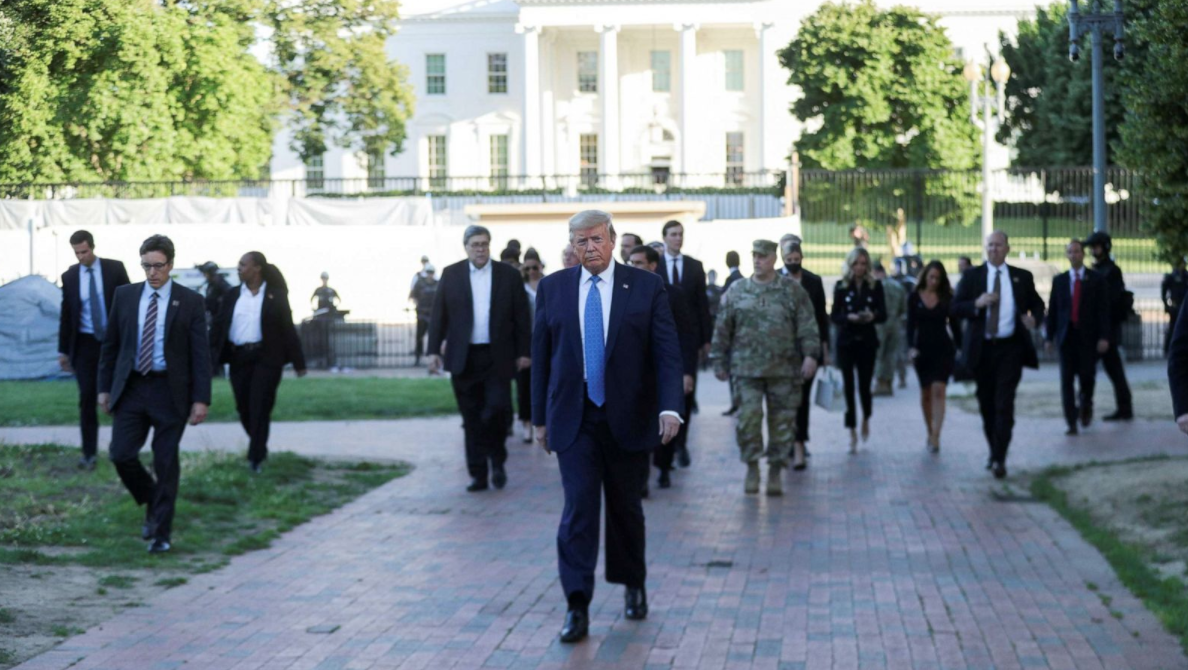 On Friday, Former Vice President Joe Biden’s spokesman, Andrew Bates stated that the U.S. government would willingly escort President Donald Trump out of the White House if he refuses to concede with the election results.

The Vice President’s spokesman was responding to unconfirmed rumors that the President would refuse to step down if Biden receives his election certification. Bates even called Trump as a “trespasser.” His controversial remarks went viral after CBS News political correspondent, Ed O’Keefe wrote his response in a Twitter post. “The American people will decide this election. And the United States government is perfectly capable of escorting trespassers out of the White House,” O’Keefe wrote.

Amid reports the president might not concede the election, @JoeBiden spokesman @AndrewBatesNC says in part: “The American people will decide this election. And the United States government is perfectly capable of escorting trespassers out of the White House.”

O’Keefe also made another follow-up tweet saying that it would be the military’s job to drive Trump out of the White House.

IMPORTANT TO NOTE via @CBSDavidMartin: Joint Chiefs Chairman Gen. Mark Milley has made it clear it would not be the military’s job to escort Pres. Trump from the White House.

However, Biden took a less direct tone. In fact, the former Vice-President even suggested a possible reconciliation. In his own social media post, he wrote that in order for the country to make progress, they should ultimately stop treating their own opponents as enemies.

To make progress, we have to stop treating our opponents as enemies. We are not enemies.

This is not the first time that Biden’s rapid response coordinator had made misleading tweets on social media. In one of his public posts, Bates mocked door-to-door canvassers and even attempted to incite violence, stating that he planned to tell canvassers to leave his doorstep or else he would give them coronavirus.

Voter: Get the fuck off my doorstep before you give me coronavirus. https://t.co/CA1x3hoCuZ

Moreover, Bates even accused the President of holding the Bible upside down, when in fact photos clearly show that Trump held it correctly. Moreover, he even described the people responsible for burning down the historic church as “peaceful demonstrators.”

.@JoeBiden: "When the president decided he had to walk across from the White House through a group of peaceful demonstrators to an Episcopal church to hold a Bible upside down -- which, I don't know how often he reads...it was about, as his own people say...dividing the country." pic.twitter.com/BUv4GisldC

While the legitimate winner of the 2020 Presidential elections is yet to be announced, Biden had already taken it on himself to act as the President-elect despite several allegations of voter and election fraud. In fact, the former Vice President had already launched his transition website and had laid out plans to overturn some of Trump’s key policies, including immigration and foreign relations. In fact, Biden had even made several phone calls to international leaders.

However, contrary to allegations that Trump would not honor his defeat, a report from the Daily Caller claimed that the President is not “obsessed” with living in the White House and even planned to announce his re-election bid for 2024.