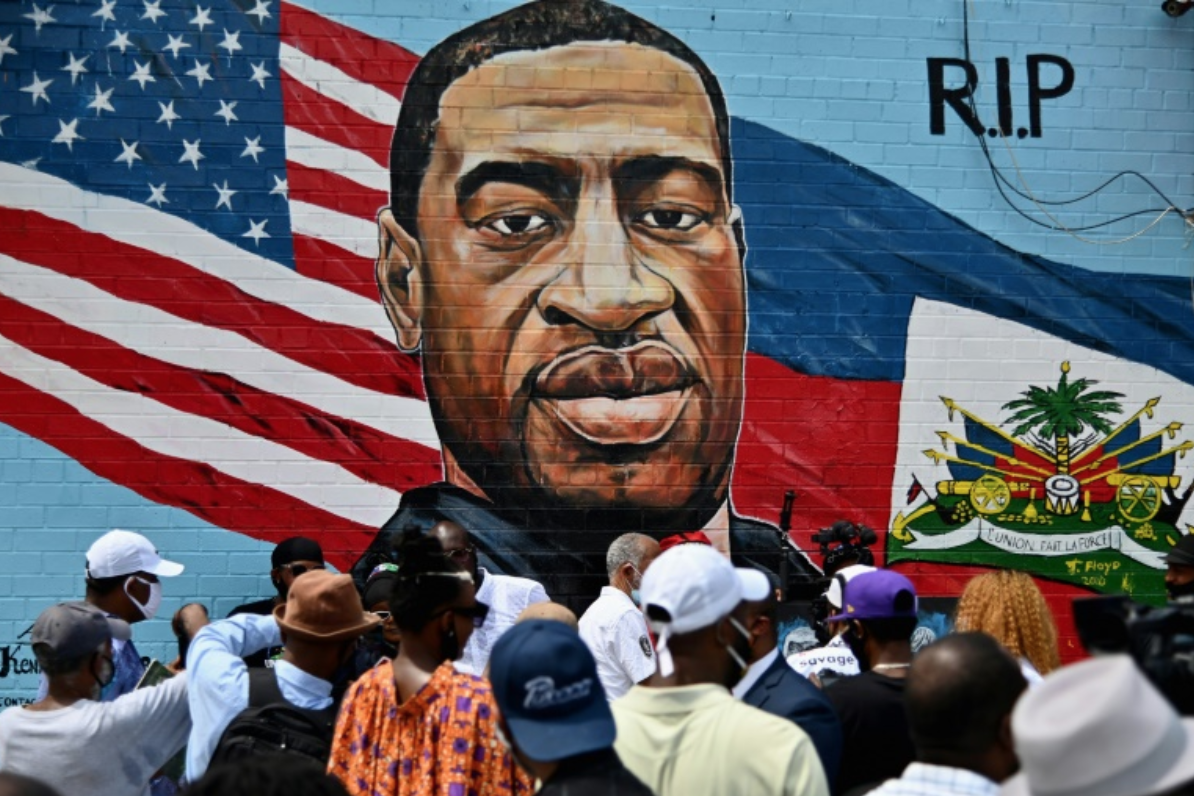 On Monday, Dahleen Glanton, a columnist from the Chicago Tribune, published a scathing article that accuses President Donald Trump of racism, while referring him to the police officer who had knelt on George Floyd’s neck.

In her op-ed, Glanton referred to Derek Chauvin, the police officer responsible for Floyd’s fatal encounter, and likened him to Trump, who had become a symbol of racism. Currently, the former police officer is facing a second-degree murder charge for his death.

Despite the President’s open condemnation for Chauvin’s violent act, several Democratic supporters had accused Trump of supporting the police officers behind Floyd’s death. In her op-ed, the author wrote that the President had now stood as a symbol of racism. Glanton began by acknowledging the 75 million Americans who had voted for Biden. She went on to say that their force had “shoved” Trump out of the White House and ended four “agonizing” years of his administration.

Glanton then praised the supporters who managed to celebrate in the streets, although they had faced several bruises and defeats. The author then accused Trump of being a masochist, stating that he only became emboldened every time he sees the American people suffer. “Rather than loosening the grip on your neck, he pressed down harder and harder,” Glanton wrote. The author continued, “He thought he had convinced you that living with a knee pinned to your neck is not as bad as some make it out to be.”

She then launched a lengthy tirade against the administration, from criticizing Trump’s economic policies to blaming him for the coronavirus deaths. In her article, Glanton wrote that Trump took the credit for a “growing economy” that was established by former President Barack Obama. She also went on to blame Trump for the spread of the COVID-19 virus, stating that he had given Americans the freedom to wear one or not.

However, contrary to Glanton’s claim, a growing number of minorities had voted for Trump. In fact, according to the National Review, the President managed to win one-quarter of non-white voters. The results topped the votes that were cast by minorities for a Republican presidential candidate since the 1960s. For example, the President won in Zapata County by 52 percent against Biden’s 47 percent. This is especially crucial since the county’s population was composed of 94.7 percent Hispanic voters. The sudden shift is extremely surprising, given that Trump only managed to win 32 percent of the votes in the previous elections.

Moreover, the President had also successfully closed the economic gap between white and colored communities. In fact, he managed to build the strongest economy that the country had experienced in over 70 years. After the devastating blow of the coronavirus pandemic, the administration was also able to save more than 11 million jobs, most of which were lost during the lockdown.