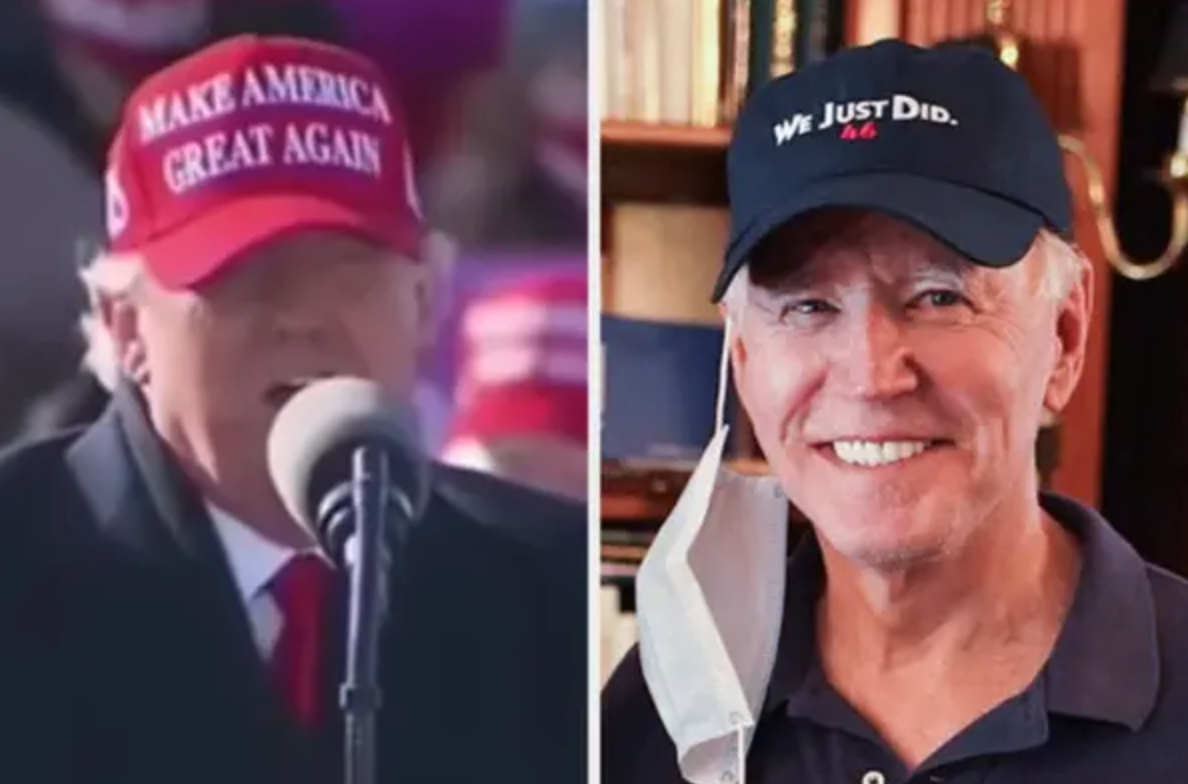 In a news article from mainstream media, BuzzFeed, the media outlet wrote that President-Elect Joe Biden might have referred to President Donald Trump’s “Make America Great Again” slogan with the words, “We Just Did.”

According to the website, a Tiktok user named shonaghforbes noticed that the former Vice-President might have been referring to Trump’s famous MAGA slogan. The social media pundit responded after seeing a photo of Biden, and his wife, Jill, who were both carrying a board that reads “Dr. and the President Lives Here.” Upon closer look, the social media user noticed the words on Biden’s hat, which said “we just did.”

Other social media users quickly responded to Biden’s hat. One user called it “top tier,” while someone described it as a major “flex.”

Joe Biden wearing a “We just did.” in response to trumps “make america great again” hats is top tier

Another user wrote, saying that Biden’s campaign team deserves a round of “applause.”

So why is no one talking about Biden’s hat that says “We Just Did” in regards to Tr*mp’s MAGA hat? Because Biden’s marketing team needs a round of applause for that.

This is not the first time that Biden’s campaign team trolled the Republican Party. Last October, the campaign team also released “fly swatters” merchandise after a fly flew over Vice-president Mike Pence’s hair during the Presidential debate. The team even added the words, “truth overflies.”

Following Biden’s so-called electoral win, media outlets have made fierce attacks against the President. From CNN hosts such as Jake Tapper, and Anderson Cooper, to the Chicago Tribune, all have called out for Trump to concede with the election results.

However, the President remains adamant about his decision to refuse to concede with the election results over allegations of voter fraud. In an announcement from the President’s legal team lead by his own personal lawyer, Rudy Giuliani, they had contested the results of over 600,000 mail-in ballots across several p[olling stations in Detroit, Philadelphia, and Pittsburg.

In fact, the President’s legal team had already sued Maricopa County after allegations arose that the election workers had disenfranchised thousands of voters. According to the reports, the poll workers gave erroneous instructions after telling voters to press the machine’s green button, which canceled out their votes.

Moreover, in Pittsburg, several military overseas ballots were found thrown in the dumpsters, most of which contained Pro-Trump votes.