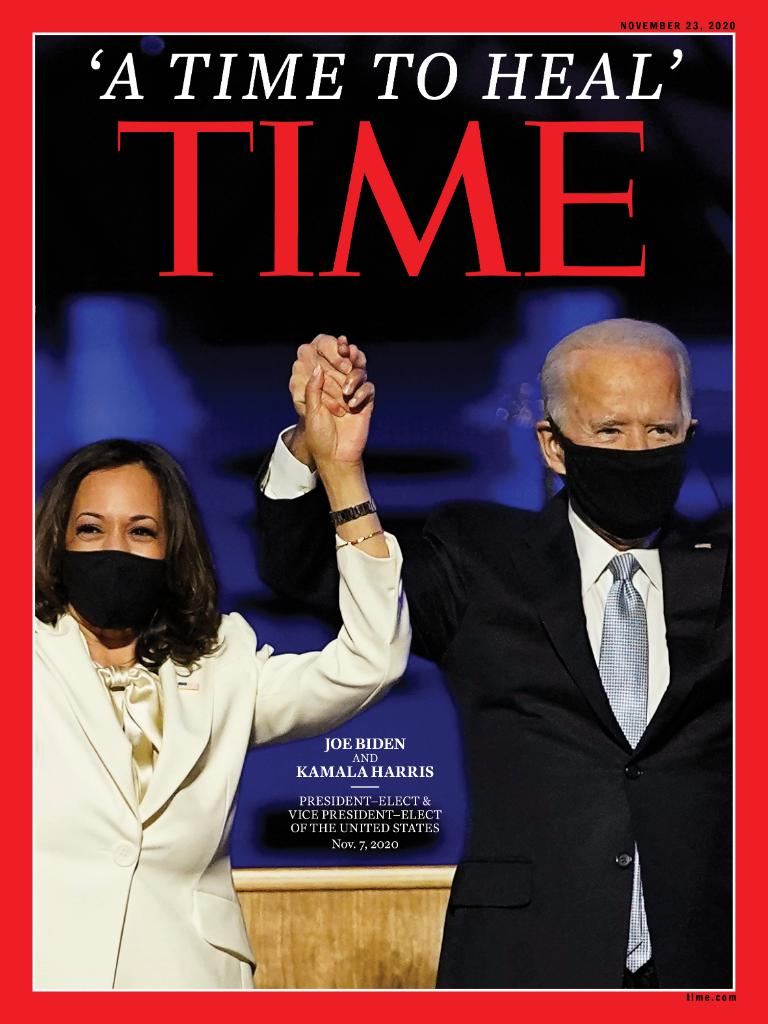 As Democrats celebrated former Vice President and Democratic nominee Joe Biden and his running mate Sen. Kamala Harris’ electoral win, TIME magazine declared that America had ushered a “new era” for America, and even touted the Biden-Harris ticket as the “dragon slayer.”

Following the Democratic nominee’s win, the media outlet published a commemorative cover that celebrated the Democrats win in the post which read that the two had “ushered” a new era for America. The social media post also contained the link to an article written by Charlotte Alter entitled, “How Joe Biden Won the White House.”

In the said article, the author described Biden and Harris as the “dragon slayer.” Alter noted, “The only thing more powerful than a dragon is a dragon slayer.” She went on to say that for four years, chaos and division had become a “dominant force” among American lives. Fortunately, the author claimed that the Democratic nominee had “vanquished” the Trump administration with a promise of “decency’ and “unity.”

While mainstream media had already declared that the Democrats will soon take over the White House, the president vowed to continue the fight against allegations of voter fraud and corruption. In fact, the President had openly questioned the legitimacy of Biden’s win.

Since when does the Lamestream Media call who our next president will be? We have all learned a lot in the last two weeks!

Just as he had promised, the President already assembled an “all-star” team of lawyers to investigate the allegations of voter fraud and corruption. On Saturday, the President’s personal lawyer, Rudy Giuliani also made an announcement that the administration will refuse to concede with the results of at least 600,000 ballots. During a press conference in Philadelphia, Giuliani stressed the importance of inspecting and investigating the ballot, especially amidst allegations of election fraud or corruption.

This is not the first time that TIME had openly expressed their political biases. Over the course of the Trump administration, the media outlet had constantly put the President on their magazine covers, and depicting him as a narcissistic and selfish leader.

For example, appearing on his 29th cover for TIME, the media outlet criticized the President against his opinions on the mainstream media as well as his foreign policies. Then, just this year, the President also appeared in another TIME magazine cover. This time, the President was drawn swimming from a sea filled with what appeared to be coronaviruses, which read,” Election Plague.”