“America is Over” Leftists Take Over the Streets 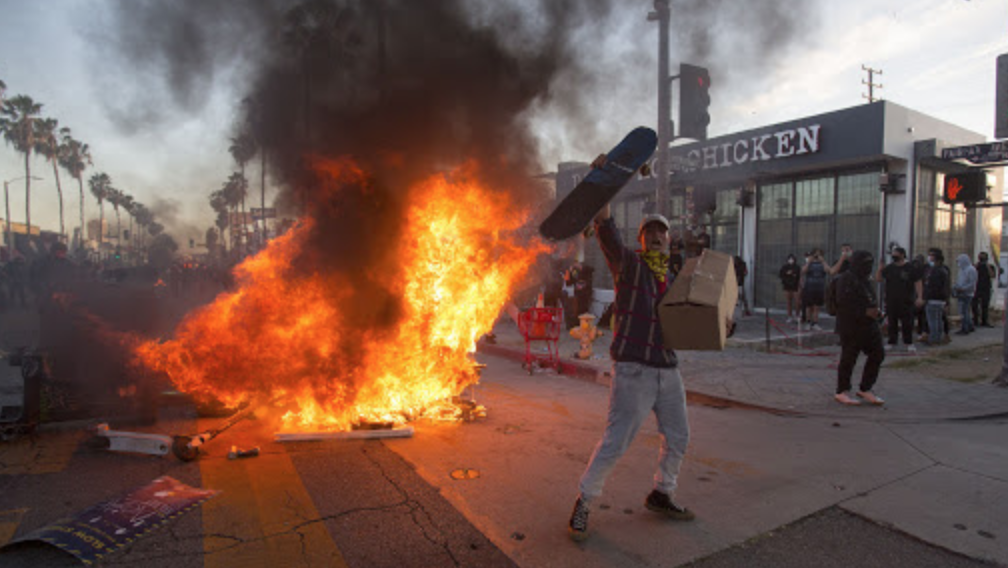 In the city of Minneapolis, where the notorious May riots began, a group of protesters vandalized several local businesses. According to a report from Fox News, a group of radical left-wing protesters wreaked chaos in the city, leading to 14 arrests.

Based on the report, a dozen of protesters marched to the city’s Uptown neighborhood. The crowd set off-fireworks as they carried the banner which read “America is Over” as the Presidential results started to come in. During the protest, demonstrators attempted to block traffic, and threw debris into the streets. Some went on to vandalize store-front windows.

To avoid a confrontation, law enforcement officers tried to maintain a safe distance from the protesters. However, the authorities had to call out an arrest after the crowd refused to obey their instructions. Some members even brought and set-off firecrackers.

In a statement from Minneapolis police spokesman, John Elder, he confirmed that the officers had arrested 12 women and one man under the suspicion of inciting a riot. Another adult-female was also charged with fourth-degree assault.

By Wednesday night, a riot also broke out in Portland. In another report from Fox news, the media outlet claimed that at least 11 arrests were made after a political protest turned out to become a full-blown riot. Unfortunately, the destruction of businesses served as a huge blow to the city, as it continued to bounce back and recover from the destruction in the previous riots.

During the protest, rioters threw explosives at law enforcement officers such as molotov cocktails and commercial grade fireworks. In a social media post by the local police department, officers confiscated hammers, spray paints and even glass bottles. One of the protesters was also arrested after he was caught carrying a rifle.

These are some of the items law enforcement has seized tonight from custodies. Commercial grade fireworks, hammers, spray paint. pic.twitter.com/L4paG54Tqo

Some of the protesters also smashed into store windows, vandalized property and even burned down an American Flag. Some also carried the banner which read “Death to Fascim and the Liberalism that enables it.” The group also chanted the words, “No Borders. No walls. No USA at all.”

American flag being burned in the same intersection we’ve been at. Officers drove by but did not stay. @fox12oregon pic.twitter.com/kIkQytTqQY

In a statement by the Multnomah County Sheriff’s office, Oregon Gov. Kate Brown had already deployed the help of the National Guard to maintain public order in Portland. The Sheriff’s office noted that the federal guards are trained and equipped to handle crowd control, and will be assisting local police officers. They also added that the Oregon National Guard members are also helping them to prevent another violent incident.

During his recent rally in Kenosha, Wisconsin, one of the numerous cities which was affected by the Black Lives Matter riot, President Donald Trump already warned local residents of the possibility of a looming post-election threat. In his statement, the President sounded the alarm that radical-left wing activists might then again, “loot” and ”burn” if the results did not fall in their favor.