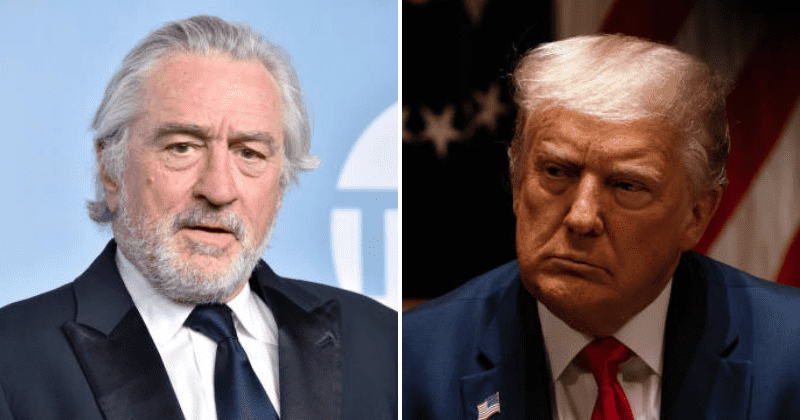 Robert De Niro is once again venting his anger and frustration against President Donald Trump. The outspoken leftist actor has compared the Trump presidency to an “abusive” relationship. The actor made the statement in an interview with Extra. De Niro was mainly promoting his new comedy entitled The War With Grandpa.

That was not the only comparison that the old actor has for the Trump administration. He also compared it to the pandemic. “That’s another kind of virus or pandemic that we are having to deal with. ‘I can’t wait, can’t wait, please God, that it goes away so we can get back to normal, get us all back to normal,” he said.

De Niro also accused the President of being a fraud and failed to deal with the pandemic adequately. “Even this virus situation could have been a lot less severe…I get upset even talking about it,” De Niro said. “This nation has been toyed with, played with, conned to be where we are today. When are people going to wake up and see what the fraud is right in front of our very eyes?” The actor is just one of the many very vocal critics of the President in Hollywood. It has become fashionable among the rich elites, including actors, singers, directors, and other artists, to hate the President and to say all the vile things they can think of.

The War with Grandpa was supposed to be released by Harvey Weinstein’s company. The release date has been affected by the allegations against Weinstein. Hollywood A-listers, of course, ignored all the rumors about Weinstein. It has also long been rumored that many people working in the movie and television industries are into some heinous practices but many of them cover up for each other, just like what they did with Weinstein. Coincidentally, Weinstein is a major donor to the Obama-Biden ticket campaign.