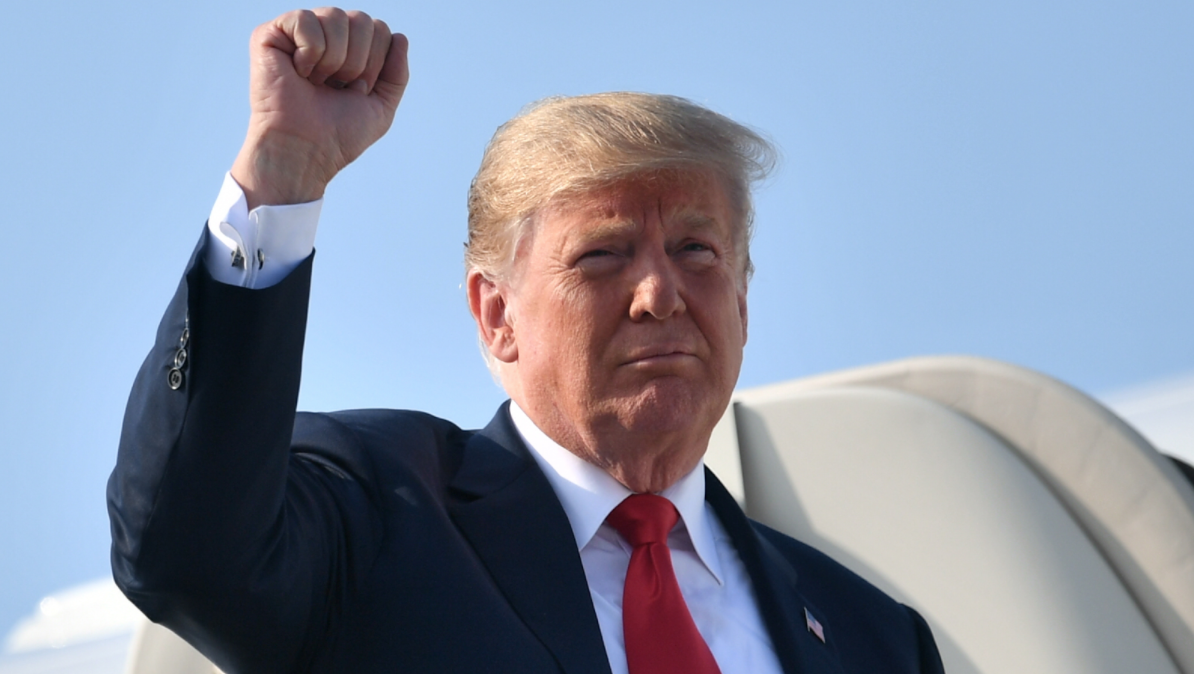 Left-wing supporters responded to President Donald Trump’s “Don’t live in Fear” message after surviving a COVID-19 infection. Unfortunately, the President’s optimistic message for the country did not sit well with Democrats, as some declared that Trump is “evil.”

On Monday, Trump released a positive video message after he was released from Walter Reed Medical Center. In the video, Trump said that his diagnosis was a learning experience, as he was able to know more about the virus from the doctors, nurses, and first responders who were attending to him.

While the President admitted that he was not feeling very well on Friday, he claimed that his condition stabilized over the weekend. He also boasted that he felt better “than 20 years ago.”

In his address, the commander-in-chief also reminded Americans that they should not let the virus or the pandemic dictate their lives. “And one thing that’s for certain, don’t let it dominate you. Don’t be afraid of it. You’re gonna beat it,” Trump said. He assured that the country has the best medical equipment, and therapeutics to overcome the virus. The President continued by reminding the people that “we’re the greatest country in the world.”

Just like how he had bounced back from his illness, Trump claimed that it is time for Americans to go back to work and build a better economy. While the President acknowledged that there are some concerns and the danger of opening the economy, he assured that it would eventually turn out fine. He only reiterated the importance of observing health guidelines. Finally, the President claimed that the best medicine and coronavirus vaccine and medication will soon be available for the American people.

However, Hollywood stars expressed their dissent against the President’s message. Actress Ava Duvernay wrote, “Don’t be afraid of Covid,” he dares say to those of us who have lost loved ones to COVID. This man is evil.”

Couple things. To all who tried to ridicule me for stating I don’t wish death upon anyone: 1) Feel free to spend your time/energy/spirit wishing for someone’s death. I won’t. 2) Rage, criticism, justice work can be expressed without soiling one’s soul, karma, mind.

Others, such as CNN correspondent Dana Bash, claimed Trump was only speaking for himself, especially since he had access to the best medical treatment as the United States president.

Or - don’t be afraid of Covid if you are President of the United States with access to the best care, drugs and experimental treatment. https://t.co/Ze9kp53aBv

Don't be afraid of COVID!

If you have trouble breathing like I did, you can just call a helicopter and have them take you to a hospital where you can get special experimental drugs no one else has access to.

I mean how much can a banana cost?

While political activist Scott Hechinger called the President a “monster.”

"Don’t be afraid of Covid. Don’t let it dominate your life." Tell that to the people you recklessly infected, you monster. https://t.co/bvkHEUTXN3

Then, there’s comedian Caleb Haeron who described the President as a “‘dumb f**k.”

I know it’s not a unique thought & it’s unproductive at this point but the president really is SUCH a dumb fuck. just a complete fucking moron. tweeting “don’t be afraid of covid” when 200,000 people are dead & he’s literally hospitalized.

if you support him you are brain dead.