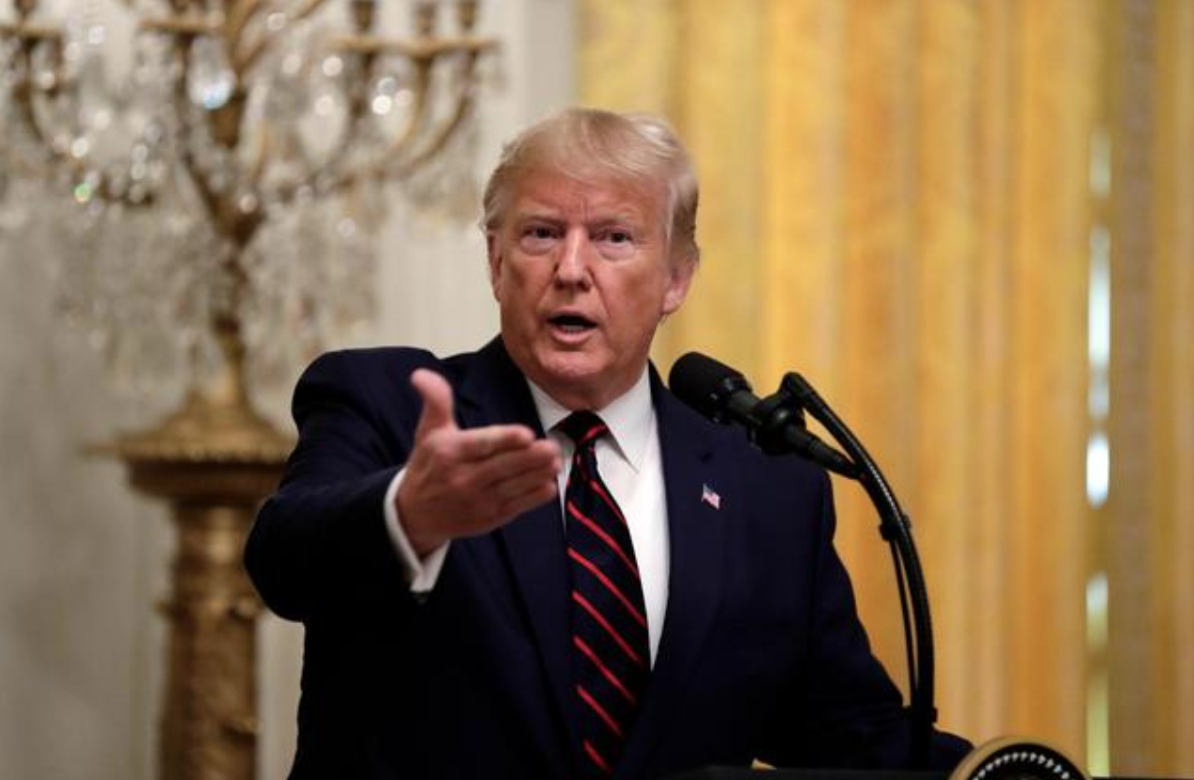 According to the report, the left-wing media outlet claimed that they had accessed Trump’s tax returns which goes back as far as two decades. In the article, NYT accused Trump of “chronic losses and years of tax avoidance.” The NYT also reported that in 2016, the year Trump won the presidency, he only paid $750 in federal income taxes. Then, during his second year in office, he also paid another $750.

Also, the President did not pay any income tax in the last ten years, citing that he had made more losses than gains. NYT also warned Trump that the odds are stacked against him, given his fragile financial situation and a re-election campaign in which he “ is in danger of losing.” NYT also claimed that the President is facing hundreds of millions in debt that he had personally guaranteed.

The media outlet claimed that Trump continues to battle with the Internal Revenue Service over the $72.9 million tax refund that he had received after reporting huge losses.

The media outlet also claimed that Trump’s tax records showed a great contrast between Trump’s tax returns, and how he portrayed himself to the media as a wealthy and successful businessman. NYT claimed that the President had told a “story fundamentally different from the one he has sold to the American public.”

The left-wing media outlet continued, “His reports to the I.R.S. portray a businessman who takes in hundreds of millions of dollars a year yet racks up chronic losses that he aggressively employs to avoid paying taxes.” NYT also believes that Trump is heavily relying on businesses that might be in conflict with his role as a President to fill in his finances. However, the legitimacy of the IRS documents remained a huge question. In fact, in 2017, MSNBC’s Rachel Maddow revealed that the President paid $38 million in federal income tax in 2005.

For years, Democratic politicians have waged a long battle to obtain the President’s tax records. In fact, just this year, the Supreme Court issued a ruling which cites that Congress cannot force the president to divulge his tax returns. However, the high court also noted that Trump must turn it over when it comes to a criminal investigation.

However, the media outlet failed to provide any evidence or information that would support conspiracy theories thrown against Trump, including allegations about his backdoor negotiations with Russia and even payments that he had made for his former lawyer, Michael Cohen. In a statement, Cohen celebrated NYT’s article by saying that it marks the “beginning of the end” for Trump.

The President immediately dispelled the accusations. In a Twitter thread, Trump wrote that since 2016, Democrats were already trying to access his tax returns. In the following post, the president explained, “I paid millions of dollars in taxes but was entitled, like everyone else, to depreciation & tax credits.”

.....Also, if you look at the extraordinary assets owned by me, which the Fake News hasn’t, I am extremely under leveraged - I have very little debt compared to the value of assets. Much of this information is already on file, but I have long said that I may release....

.....Financial Statements, from the time I announced I was going to run for President, showing all properties, assets and debts. It is a very IMPRESSIVE Statement, and also shows that I am the only President on record to give up my yearly $400,000 plus Presidential Salary!

White House Press Secretary Kayleigh McEnany also came into the President’s defense, claiming that it was only a part of the media’s smear campaign against the administration. McEnany also argued that Trump is the only U.S. President in history who had donated his entire earnings.