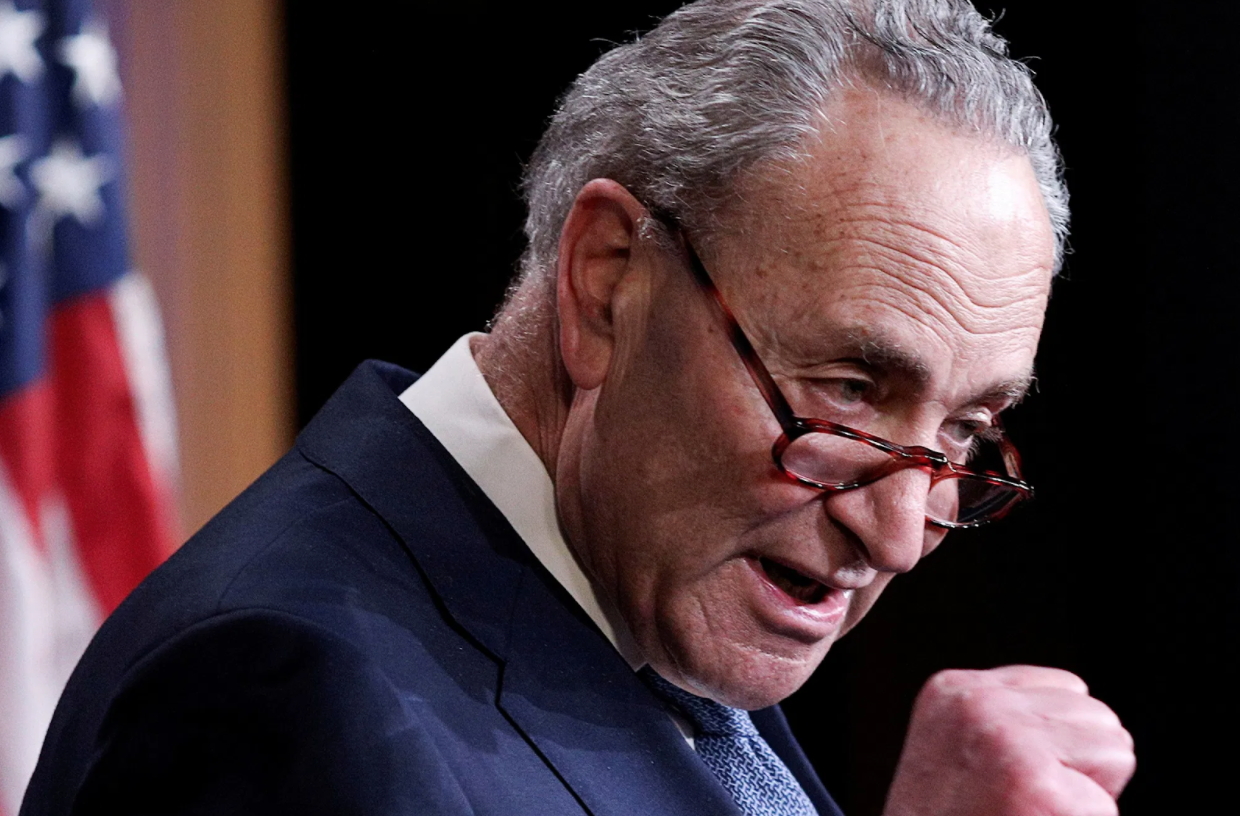 Chuck Schumer, the Senate Minority Leader, was heckled while giving a speech that was supposed to address the move of the Republicans to appoint a new justice to take up the seat that was vacated by the late Justice Ruth Bader Ginsburg. “Democrats are fighting as hard as we can to protect Americans,” Schumer said as part of his speech. Someone shouted back in response, “You ain’t doing sh!t, stop lying to the people!”

Another man shouted, “Jesus saves! Jesus loves you guys!” Schumer was visibly annoyed by the interruption as he is only used to highly controlled crowds, where everyone agrees with all of his talking points. He sarcastically thanked those who called him out in public.

Schumer gave the speech after it was announced that Sen. Mitt Romney would be voting for a presidential appointment for a seat in the Supreme Court. The announcement increases the likelihood that the President will be able to appoint someone to the highest court in the land right before the elections.

Romney gave a statement regarding his decision, “My decision regarding a Supreme Court nomination is not the result of a subjective test of ‘fairness’ which, like beauty, is in the eye of the beholder. It is based on the immutable fairness of following the law, which in this case is the Constitution and precedent. The historical precedent of election-year nominations is that the Senate generally does not confirm an opposing party’s nominee but does confirm a nominee of its own.” That has been the political system being followed in the country. The party that has the majority in the Senate will be able to carry on with their plans and platform and that includes appointing the people who will hold power in government. Should the Democrats win the election, then they would have that opportunity.

Of course, the Democrats and the leftists, in general, are not going to follow the rules if it does not suit them at all. Just as the announcement that Justice Ginsburg has passed, there were calls that there should be no appointments to replace her because that was her dying wish. Then when it became apparent that the President and the Republicans will be following the Constitution, the Democrats and leftists, in general, started throwing temper tantrums threatening violence should the President proceed with appointing a new justice.