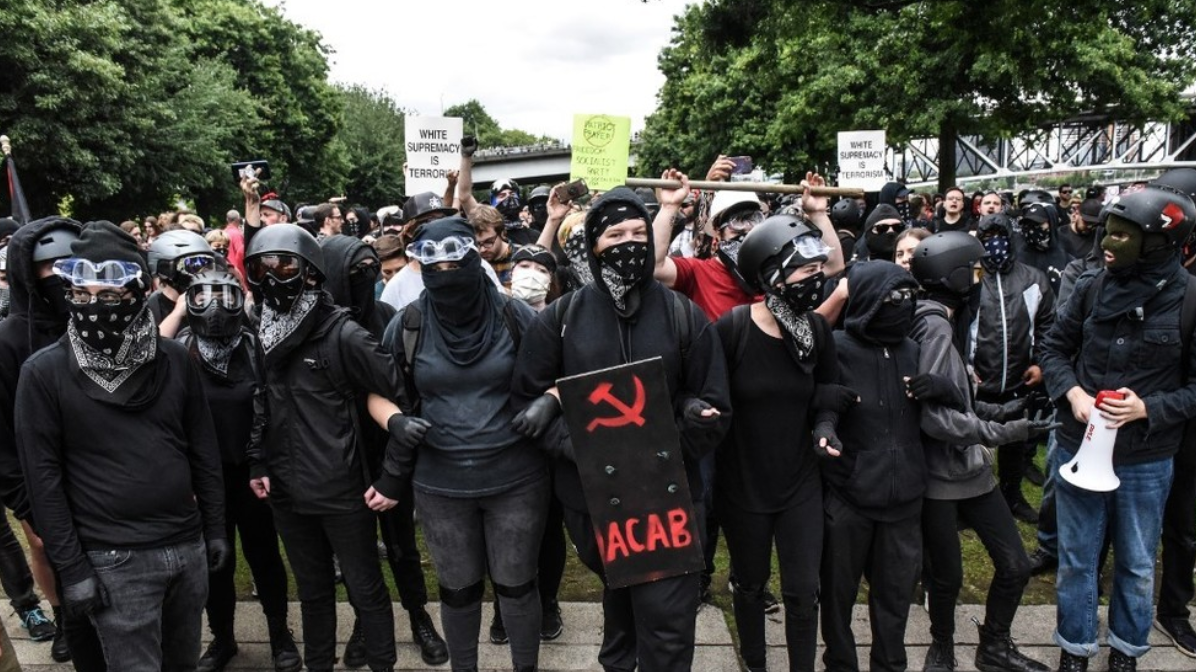 Radical left-wing protesters had gone to a new level of insanity, as they targeted not just businesses and properties, but as well as members of the media. Over the weekend, the protesters yanked and pushed a female journalist who was assigned to cover a counter-protest in Philadelphia.

On Saturday, members of the Black Lives movement and Antifa gathered at Philadelphia’s Clark Park. The said protest was organized as a response to a Facebook post by a right-wing group called Proud Boys. The counter-protesters wanted to call for an end to what they believe as “Antifa terrorism.”

During the demonstrations, there were very few people who had attended from the side of the Proud Boys. On the other hand, Antifa members, clad in an all-black ensemble, also attended the said event. However, instead of confronting the counter-protesters- the rioters targeted journalists who were there to record the demonstrations.

In a social media footage, the video caught a camerawoman, Lisa Reynolds Barbounis being assaulted by a member of Antifa. At that time, Barbounis was covering the news when she was attacked from behind by an unidentified man. The attacker then grabbed a handful of her hair and yanked it backward. The man immediately walked away and put his hands up. When she was asked whether she was assaulted, the camerawoman confirmed that the entire incident was caught on video.

BREAKING: black black Antifa assaulted a female content creator @Lisaelizabeth at a protest against the Proud Boys in Philadelphia

She said she was not affiliated with the Proud Boys and was trying to film interviews for a conservative creator named @realJamesKlug at Clark Park pic.twitter.com/KY43mxcS3d

Besides, James Klug, the journalist that Barbounis had accompanied, was also hit by a metal club while he was trying to escape the unruly crowd. As Klug walked away, he said that the protestors had ganged up on him and that they refused to have a “respectful debate” Just like Barbounis, the entire incident was also caught on camera. In a Twitter post, the journalist described the entire incident as “Protester shouts at violent protesters holding clubs ‘Stop f***ing touching him’ as a man runs by and hits my legs with a metal club.“

Klug claimed that he was assaulted during the protest and that his camerawoman also had her hair yanked. Klug said, “I don’t know why they weren’t going after me, cause I was trying to make sure she was okay.”

Protestors showed up to voice disapproval with a ‘Proud Boys’ rally that never happened.

Other residents had also been attacked. In fact, the protesters kicked and wrecked a black SUV, as they had mistakenly thought that it belonged to the two journalists. The protesters proceeded to smash the window while a dog was sitting inside. The dog seemed to be clearly terrified and agitated as the protesters continued to scream and wreck the vehicle.

For months, local residents had to deal with violence as protests plagued the city. Days after the news of George Floyd’s death hit the country, a large crowd of protesters had gathered at the City Hall and had sprayed graffiti on a statue of former City Mayor Frank Rizza. They even attempted to take it down and set it on fire. While it had initially started as a peaceful event, demonstrators later turned violent as they destroyed property and set cars on fire.