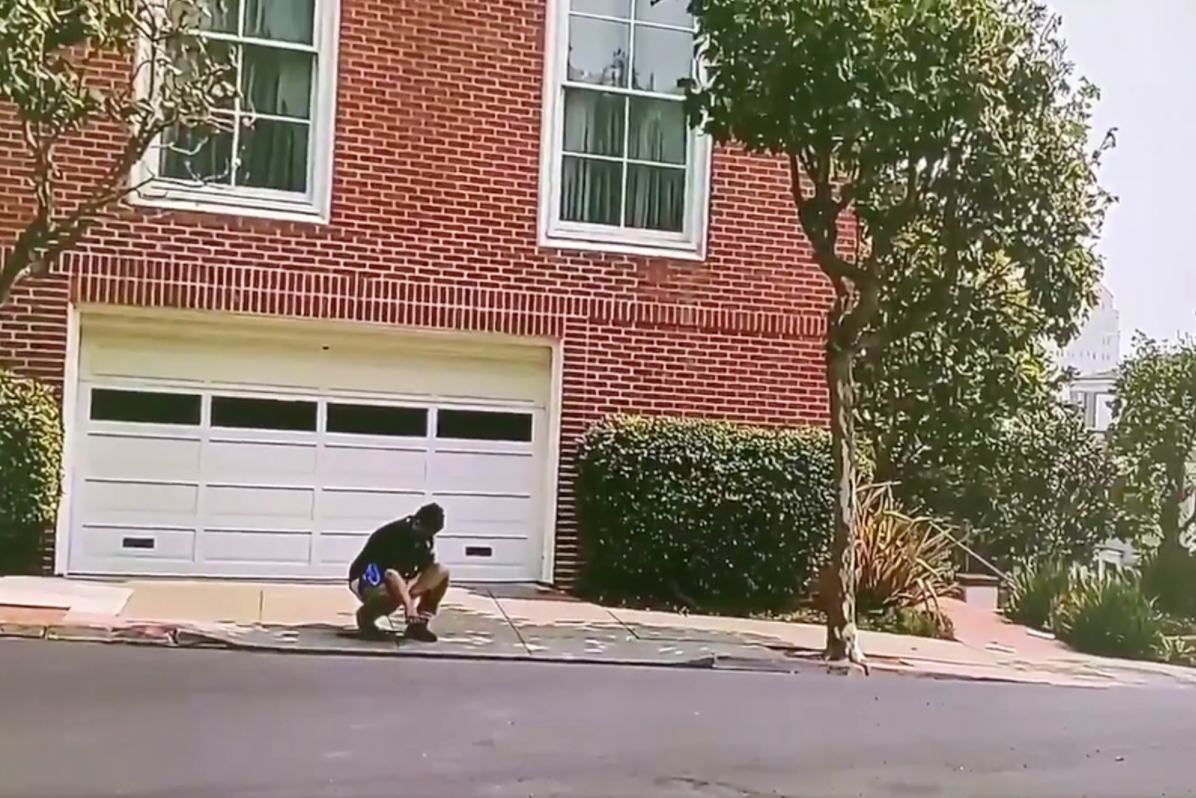 On Saturday, a Youtuber live-streamed himself defecating at House Speaker Nancy Pelosi’s driveway as a form of “peaceful protest.”

In the video, the man who goes by the name of “Mando” took a video of himself walking in the streets of San Francisco. The man was on a mission to find the House Speaker’s residence. When he finally found Pelosi’s home, he set up his camera equipment. He gave out a salute to his viewers, then proceeded to take off his pants. Then, he squatted and pooped at the House Speaker’s driveway.

When he was done, he declared, “That was for President Trump.” The video had immediately gone viral and was viewed for more than 21,000 times. In his Youtube page, the 28-year-old describes himself as someone who likes to create IRL or “in real life” content.

His videos mainly revolve around the crazy antics of his daily life. He also shared that he is using the social media platform to document what life was in the streets, as he also became home six years ago. The Youtuber explained that his contents should be treated as “satire” rather than political.

However, Mando had also been vocal about his support for the U.S. President Donald Trump. He explained that knowing what homelessness felt like, he had become increasingly concerned by the number of violent cases and crimes in the country. He also believed that if the violence did not die down, “I fear America is becoming one big burned down city.”

As a result of his public defecation, Mando was stopped by the Bay Area Rapid Transit Police Department and was detained by the orders of the Capitol Police. This is especially crucial since the Capitol Police are tasked to protect members of the Congress. During his arrest, the Youtuber claimed that he was extremely scared when officers were asking him a series of questions, including whether he is a member of the left-wing organization, Antifa. He also believed that the police officers were watching his video as he heard another person in the radio dispatch to turn off his video streaming.

They also asked his previous statements, including whether he would also defecate at Democratic nominee Joe Biden’s running mate, Kamala Harris.