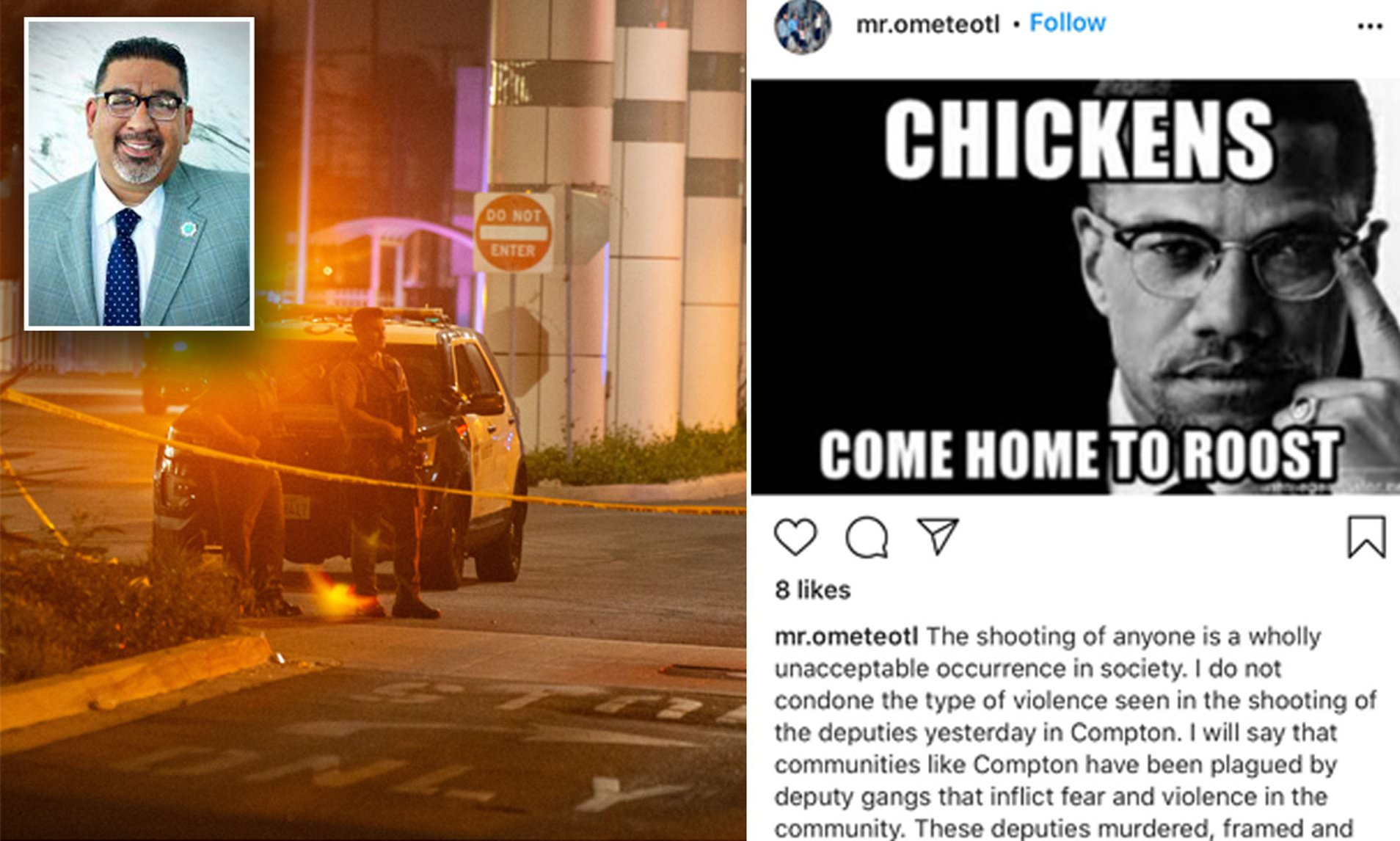 Ometeotl, who is residing in Lynwood, (near Compton, where the shooting incident took place) shared a photo of Malcolm X. In his lengthy post, the city manager wrote that civilians who are “randomly”’ attacking law enforcement authorities should not come as a surprise given the kind of society that Americans are living in. He continued that while violence is largely frowned upon, he refused to condone the shootings. Ometeotl believed that for years, Compton had been struggling to fight law enforcement authorities who act like thugs and incite fear and violence in their own communities.

He accused that “These deputies murdered, framed and stole from the community just because they could.” Playing good cop and bad cop, he also stated that “good deputies” were afraid to speak up in fear of retaliation. He believed that these had allowed “bad deputies to keep their jobs while continuing their criminal activity.

The city manager concluded that under Sheriff Villanueva’s leadership, anger and frustration run high in the community. He also reminded the people of the African-American man and woman who had died under police custody including, Breona Taylor, Andres Guardato, Ahmaud Arbery, and Tamir Rice.

LASD statement on this: https://t.co/DCv0fEXWRY

However, the City of Lynwood refused to be associated with Ometeotl’s troubling remarks. In a statement, officials wrote that on behalf of the people of Lynwood, they would like to extend their “heartfelt” prayers to the victim’s families. They have also shared their support of the sheriff department to investigate and find the attacker.

The comments were made after two deputies were shot inside their patrol car near the L.A Metro train station. Both of the victims graduated from the same class in the academy, and both had been sworn into service in the last 14 months. In an attempt to find the shooter, the LA County Board of Supervisors had given a $100,000 reward for anyone who can provide a lead to the person behind the violent act.