The Alabama Board of Medical Examiners denied abortionist Dr. Leah N. Torres clinic’s application to practice medicine after bragging on social media that babies cannot cry as she would immediately cut off their throats.

Last month, the medical board also suspended Torres’s license that would prevent her from working as a director of the West Alabama Women’s Center in Tuscaloosa. Initially, the doctor became famous after a viral Twitter post in which she claimed that she would deliberately cut off babies’ throats to stop them from crying. 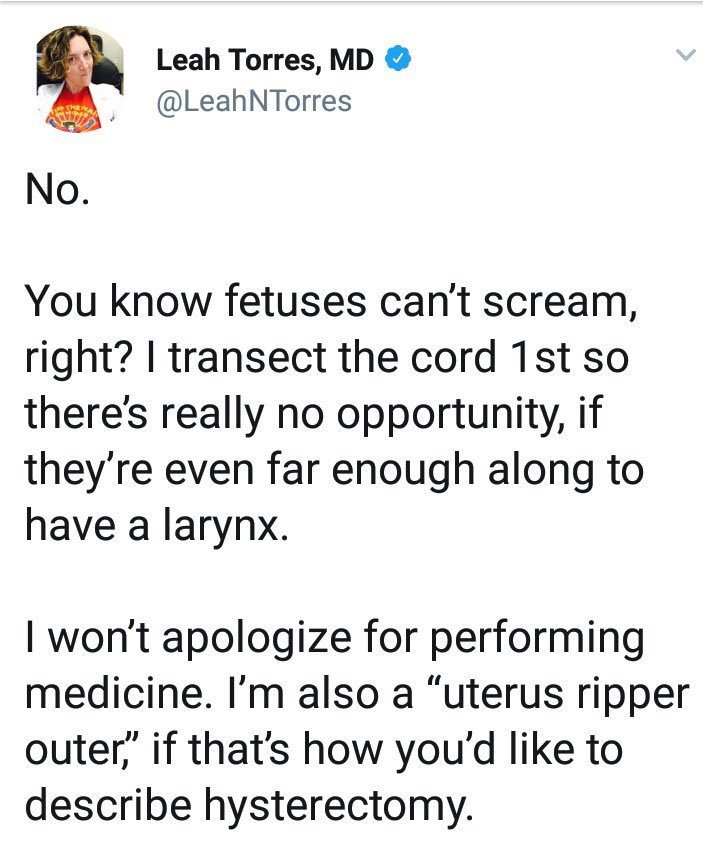 In addition, the medical board also cited that Torres had made false claims in her application, including answers to the question of whether any of her staff had their privileges revoked or suspended in any healthcare facility. The board also noted that Torres had made public statements that violate the standard that medical professionals should uphold, including “honesty,” “prudence,” “diligence,” and, most of all, “ethical integrity.”

The board had also indicated that Torres is scheduled to appear in a hearing to answer allegations against her. Back in 2018, Torres made waves on social media during an exchange in which a Twitter user accused her of committing infanticide. In her post, Torres declared that abortionists were not doing abortions procedures for the sake of money. In fact, she claimed that she would get more money by delivering babies, rather than aborting them.

The social media user then asked Torres what her ultimate motive was for ending life. The user also asked whether she can hear the heartbeats and screams of the babies she had killed.

In the now-deleted tweet, the doctor slapped back, “No. You know fetuses can’t scream, right? I transect the cord 1st, so there’s really no opportunity if they’re even far enough along to have a larynx.” Torres. She also remained unapologetic over her decision to conduct abortions. She even boasted, “I’m also a ‘uterus ripper outer,’ if that’s how you’d like to describe hysterectomy.”

According to a spokesperson for the Alabama Clinic where Torres is currently working, she believed that the suspension was only a result of a misunderstanding and was unrelated to the previous comments that the doctor had made. They explained that it was more likely connected to the problems in her documents than social media tweets. Moreover, the spokesperson also believed that Torres was both “professional” and honorable” when it comes to her practice of medicine.

According to the data, the clinic is one of the busiest abortion centers in the country. In fact, in 2018, 3,371 out of the 6,484 abortions that were committed statewide came from the Alabama Center for Health Statistics.

Last month, the Tuscaloosa Police Department launched an investigation after a woman died in Torres’ clinic following an abortion procedure. Despite the protests, County Sheriff’s Office Capt. Jack Kennedy claimed that they did not find any basis to pursue criminal charges.