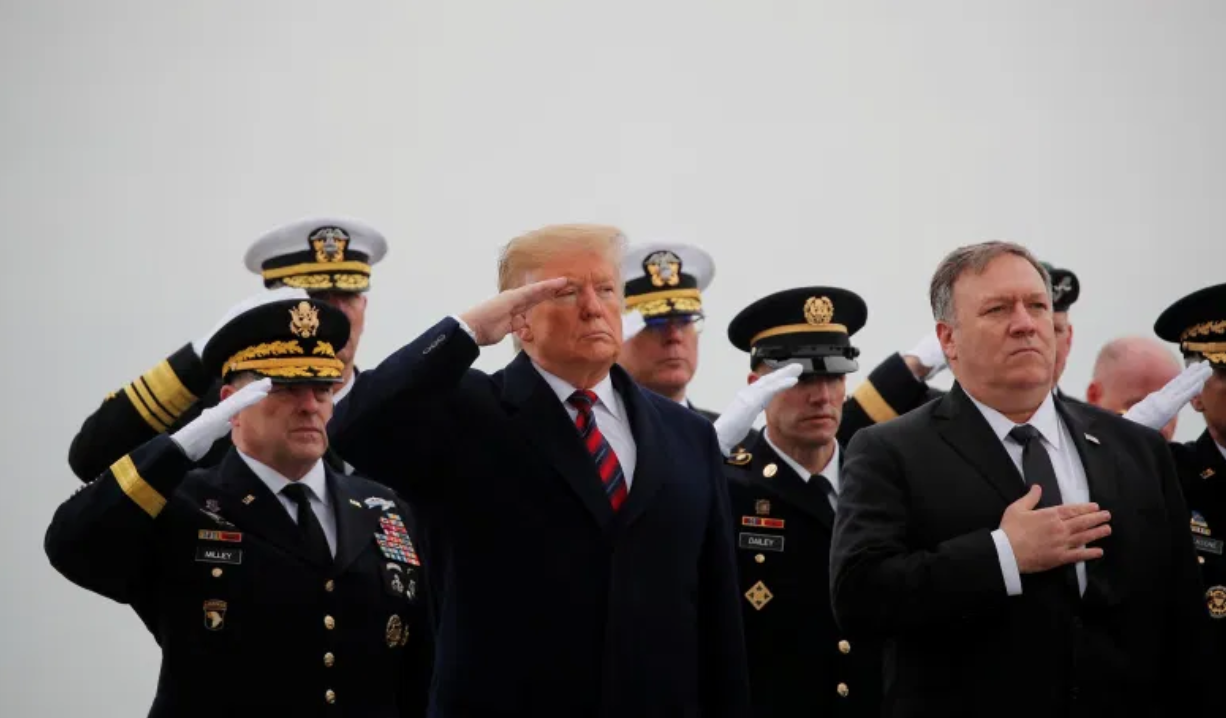 The Atlantic published an article about President Donald Trump that alleges he disparaged American soldiers who died in the First World War. The article was entitled, “Trump: Americans Who Died in War Are ‘Losers’ and ‘Suckers’.” The article claimed that Trump skipped a 2018 visit to the Aisne-Marne American Cemetery near Paris in France, where Americans who were killed in the bloody battle of Belleau Wood are buried. The story said that he refused to visit the cemetery because he feared the rain would ruin his hair. The sources for the story are all anonymous.

The President was furious at The Atlantic for publishing such an outright lie. “To think that I would make statements negative to our military and our fallen heroes … it is a disgraceful situation by a magazine that’s a terrible magazine,” the President said. “I don’t read it, but I just heard about it.” The President spoke to reporters after he landed at Andrews Air Force Base coming from a campaign rally in Wisconsin.

“It’s a total lie; it’s fake news. It’s a disgrace, and frankly it’s a disgrace to your profession,” the President added. The story is so obviously fake that John Bolton, someone who had a falling out with the President after he was forced out of the administration, disproved the story.

“I didn’t hear that,” Mr. Bolton said. “I’m not saying he didn’t say them later in the day or another time, but I was there for that discussion.”

The President said that it was all made up and that the story was probably created by people that he got rid from his administration. Public records show that the reason why the visit to the cemetery did not take place was because of the weather. Traveling by land was out of the question since it would mean shutting down the traffic in the busiest section of Paris.

It seems that the mainstream media is now just resorting to publishing lies. They can write the most outrageous stories and claim that their sources are all anonymous. It could be a sign that the Democrats and their media allies are panicking that Biden’s poll numbers are being pulled down by the riots and the lootings that are happening in American cities. They need something that can distract the American public, and they have just picked a story that has no basis whatsoever.