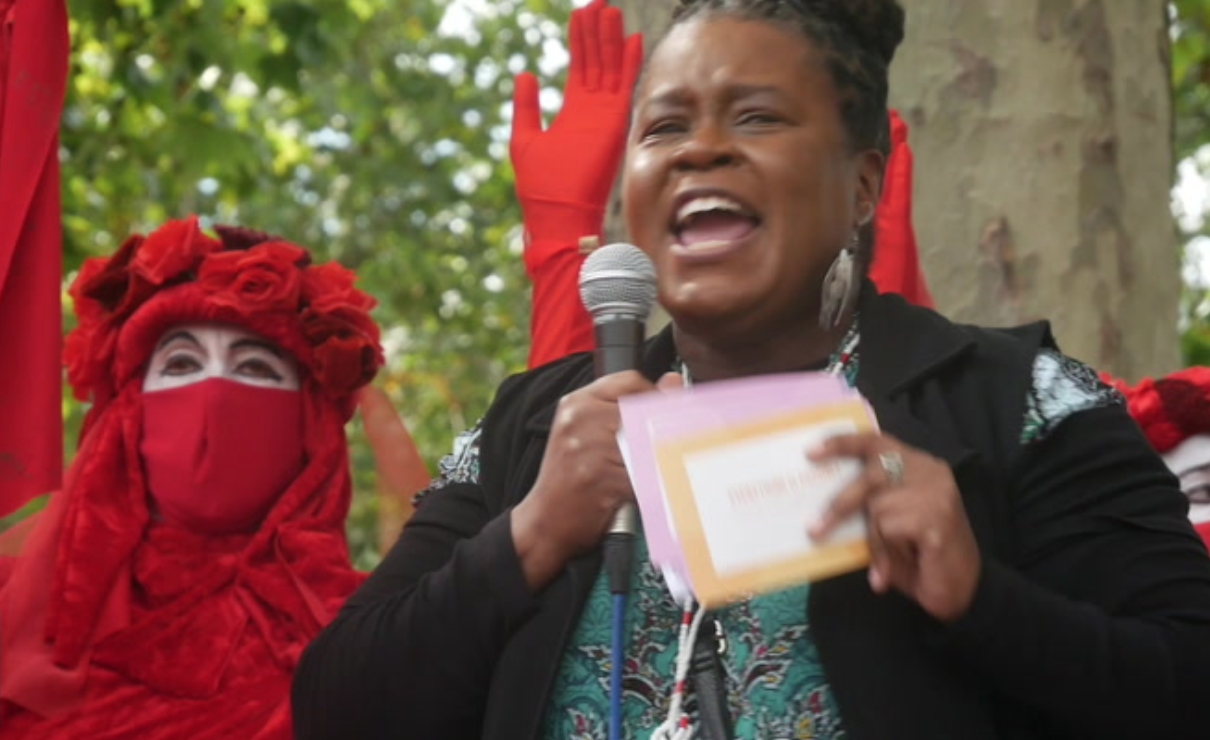 A self-styled “African reparationist” has called for the creation of a Pan-African Superstate that would rival the United States as a superpower. The reparations advocate called for it during an Extinction Rebellion climate alarmist protest that was held in London on Tuesday. The reparations expert known as Esther Stanford-Xosei spoke to a crowd made up of young leftist activists. She demanded that a super-country, which will be known as “Maatubuntuman” be created.

“But we know that, that superstate, that nation that we have been dispossessed of, which is why we experience racism today, anti-black racism, and Afro-phobic racism. But that nation cannot survive outside of a world of global justice, which we refer to as Ubuntudunia,” she added.

The activist gave her speech in front of the Red Rebel Brigade, a performance art group that is a major part of the Extinction Rebellion protest activity. The group is dressed in red outfits that are very unsettling. The weird performance group is the perfect backdrop for the bizarre speech delivered by Stanford-Xosei. After her speech, she called on to the audience to join her cause.

The speech was just one of the events that happened during Extinction Rebellion’s ten-day action, which aimed to force the British Parliament to pass the Climate and Ecological Emergency Bill. More than a hundred members of the activist group were arrested by the police.

It is not clear where the so-called African superstate would be located. It could only mean that land will be taken away from existing African countries to establish the new superstate. In other words, what they are proposing is a new form of colonialism as they want to impose their will on the people who are now living in Africa.