Joe Biden Forgets That He Asked for a Nationwide Mask Mandate 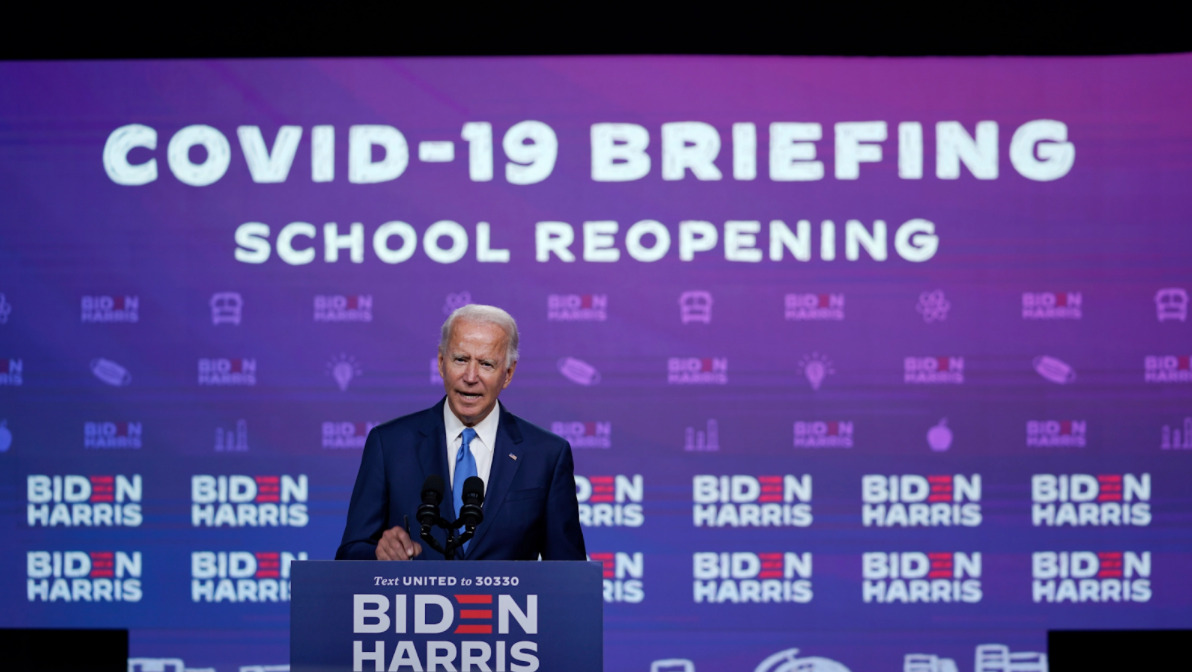 On Wednesday, former Vice-President and Democratic nominee, Joe Biden, might have been hit by dementia yet again, as he forgets that he had demanded a nationwide mandatory mask mandate last month.

In a press briefing, Biden was asked about his previous statement on issuing a nationwide mandatory mask mandate. The nominee withdrew his suggestion, and instead, claimed that he would only like to put “pressure” on local government and businesses to impose it as a requirement. He also outrightly denied that he had made such a proposal, stating that he is not the person to implement such rules.

He reiterated that he was “a constitutionalist.” He continued, “You can’t do things the Constitution does allow you the power to do.”

Regarding a federal mask mandate, Joe Biden backtracks, claiming now he is a “constitutionalist.” 🤦‍♂️ pic.twitter.com/Df1dCfawri

He also vowed that he would do his best to encourage Americans to follow his demands, stating that the refusal to wear a mask is a complete “irresponsible” decision.” In addition. Biden advised his supporters to maintain social distancing, although he claimed that they could remove their mask as long as they are 12 or 15 feet away from others.

Unfortunately, it seemed that the entire nation, except for Biden, had remembered his promise. During his speech at the recent Democratic National Convention, Biden linked mask-wearing’ to an act of patriotism, and subsequently declaring that “We’ll have a national mandate to wear a mask.”

A week before, Biden also demanded a nationwide mandatory mask mandate. In his speech, he said that for a minimum of three months, every single American should be wearing a mask. He also demanded local government units to do the same. Without citing his source, Biden declared that the act could save 40,000 more lives in the following months. While he might call himself a “Constitutionalist,” the nominee had previously stated that “It’s not about your rights. It’s about your responsibilities as an American.”

He also offered an alternative story to what had happened. Biden believed that Trump supporters came into Portland in their vans and carrying paintball guns. He believed that such public display is guaranteed to incite a response from the rioters. He also didn’t appear to be familiar with what had happened as he simply explained that “someone”’ was shot and killed during the protest.

The person Biden was referring to is Aaron “Jay” Danielson, who was shot by radical left-wing activist, Michael Forest Reinoehl, who chased him and his friends for wearing a “patriotic Prayer” hat. During the clash, left-wing supporters also threw cat urine on GOP supporters.

Antifa clash with drivers in the Trump caravan in downtown Portland. They spray urine at the cars, others spray mace and shoot paintballs back. #PortlandRiots #antifa pic.twitter.com/YvaIzsNuUU