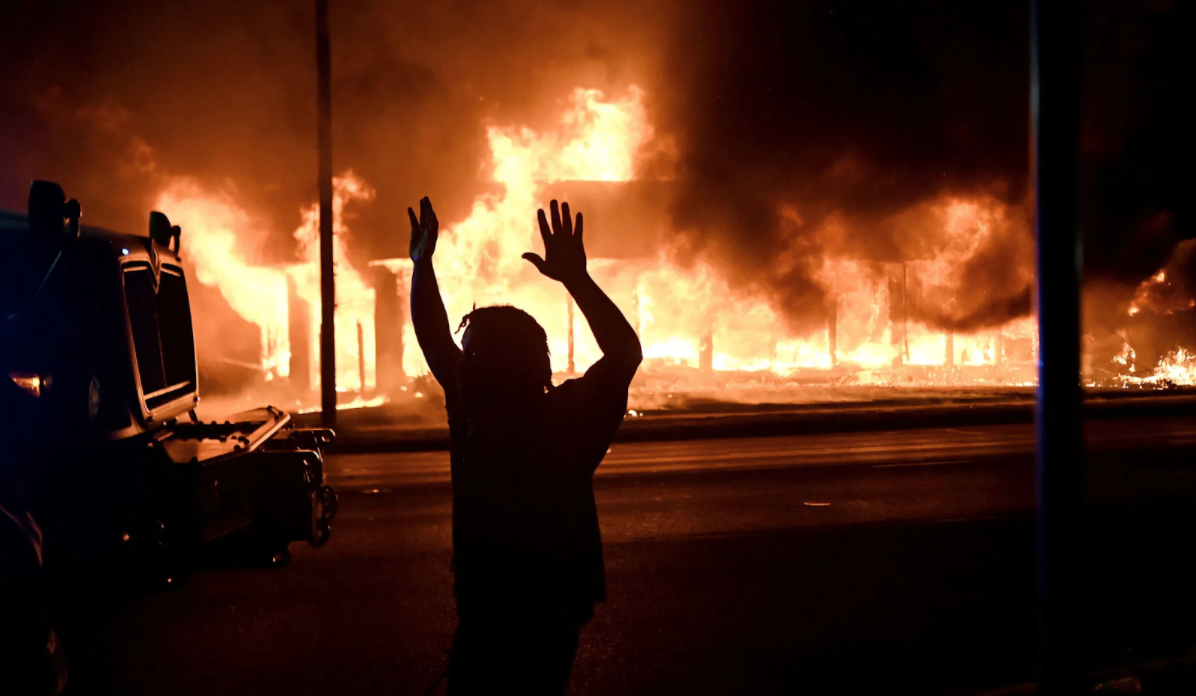 As riots continue in the city of Kenosha in Wisconsin, Democrat and Governor Tony Evers pleaded President Donald Trump to “reconsider” his plans to visit and see the damage that anarchists have left in the wake of the riots.

The riots followed the shooting of 29-year-old Jacob Blake who was shot multiple times in the back by police officers who were responding to a domestic call. In a letter that was sent on Sunday by Gov. Evers, he explained that Trump’s presence would be counterproductive to their peace efforts. The Democrat, along with other city officials, expressed their concern that the President’s “presence will only hinder our healing” and “delay our work to overcome division and move forward together.”

Evers claimed it was their job as elected officials to be the community’s “calming presence,” especially since the community is still “hurting” and “mourning” as they continue to cope with the ongoing trauma as a result of Blake’s death. Evers also claimed that they should continue to ignore people who continue to encourage “divisiveness” and instigators who add fuel to the city’s collective “anguish.”

This is why the Kenosha governor, along with other officials, decided to “‘respectfully ask”’ the President to “reconsider” his upcoming visit to Kenosha. Evers also accused Trump of spreading misinformation among Americans. Evers said that protests needed to be peaceful in order for the city to come up with solutions. He also claimed that the city is doing its best to respond to every request for support.

Evers claimed that early on, he had employed 125 members of the National Guard a day after the riots took place. The Governor also claimed that by Tuesday, 250 guards were deployed, and by Wednesday, 500 guards were patrolling the streets of Kenosha.

However, law enforcement groups refuted Evers’s claim. In an open letter addressed to the Governor, Lieutenant Governor Mandela Barnes wrote that the city officials have made “premature, judgmental, and inflammatory” claims that only added fuel to the anger of an already violent situation. Others, including Congressman Bryan Steil, criticized the speed of the strategies that the Governor had implemented to de-escalate the violence. Steil claimed that the situation had drastically changed in a matter of hours. “Last night, the situation went from bad to worse,” the Republican Congressman said.

However, while Evers asked Trump not to visit Kenosha, former Vice President, and Democratic nominee, Joe Biden backed out in his plan to visit and see for himself the damage that radical left-wing protesters have left in their wake. Instead, the nominee decided to go back to the comfort of his own basement.

However, media outlet Politico predicted that his plan might possibly “‘backfire,” despite mounting pressure from the nominee to address the issue. Last week, the nominee refused to condemn the violence which took place on Sunday night. As two individuals were shot by a teenager on Tuesday, Biden finally condemned the violence after his supporters urged him to do so.