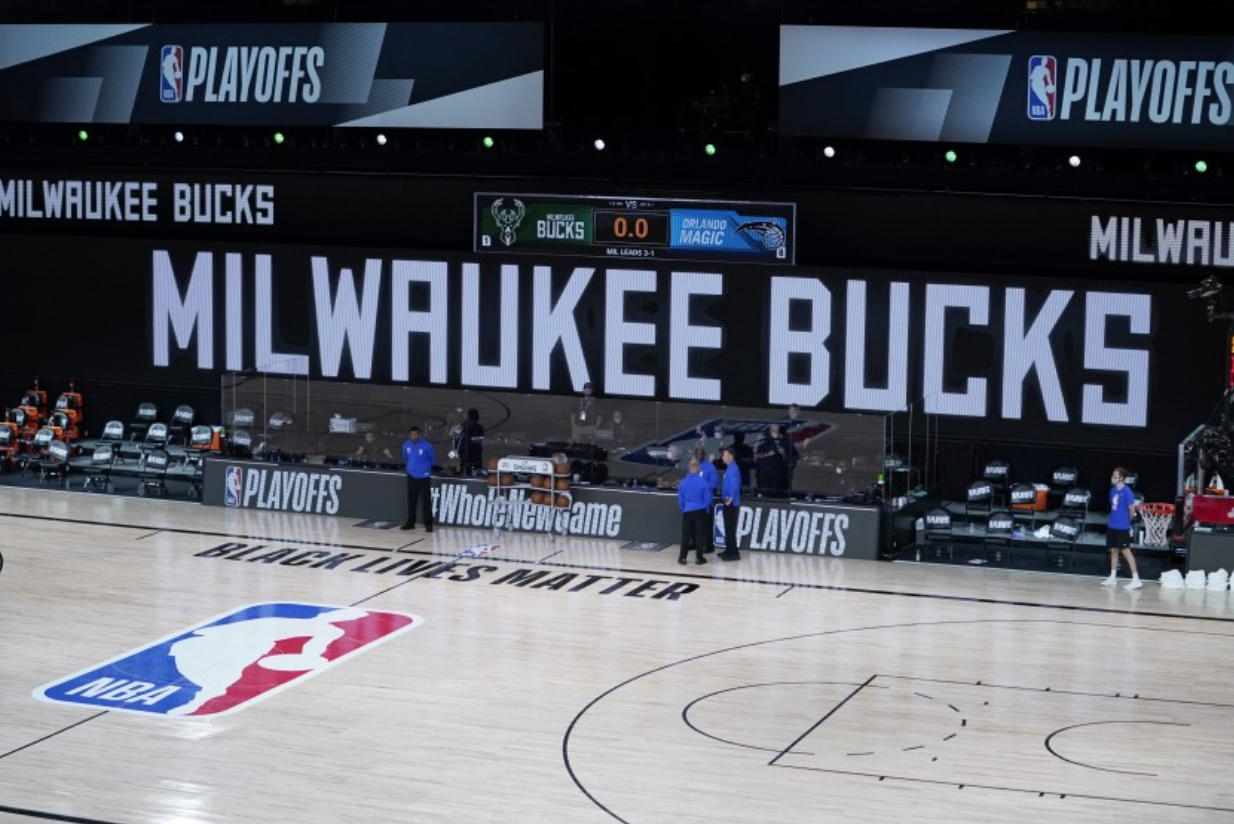 With an absolute lack of self-awareness, millionaire NBA players chose to boycott their games, prompting the league to suspend several playoff matches. This is just the latest move within the league that has become rapidly political. Three playoff games, namely those between Milwaukee and Orlando, Houston and Oklahoma City, and the Los Angeles Lakers and Portland have been called off. It all started when the Milwaukee Bucks refused to take the floor against Orlando. Milwaukee is in the state of Wisconsin where Jacob Blake, a man with a history of violent behavior fought the police, was shot. The boycott was supposed to be some kind of protest that would teach the world about racism.

There have been talks among the players in the NBA Bubble about how they can make a statement against the Blake shooting, meetings have been called but the decision of the Bucks has pushed things ahead.

Bucks senior vice president Alex Lasry sent out a statement, “Some things are bigger than basketball. The stand taken today by the players and (the organization) shows that we’re fed up. Enough is enough. Change needs to happen. I’m incredibly proud of our guys and we stand 100% behind our players ready to assist and bring about real change.” Several other NBA players have tweeted demands for change including LeBron James, who has refused to say anything bad about the Chinese Communist regime when the rights of Hongkong citizens were being violated, saying that he does not want to get involved in politics.

Since restarting the league in Walt Disney World, the NBA has become more work than ever before. They started kneeling for the national anthem and it became the standard with anyone not kneeling being called out. They also emblazoned their court with “Black Lives Matter”. The players have also been wearing jerseys with BLM messages on them.

“We’re the ones getting killed,” claimed Los Angeles Clippers coach Doc Rivers, “We’re the ones getting shot. We’re the ones that we’re denied to live in certain communities. We’ve been hung. We’ve been shot. And all you do is keep hearing about fear. It’s amazing why we keep loving this country and this country does not love us back. And it’s just, it’s really so sad.” These highly privileged athletes and coaches are still complaining after being given the opportunity to earn millions while playing a game.

With their boycotts, the only point that they will make is that they are truly irrelevant. More fans will be walking away from the league.