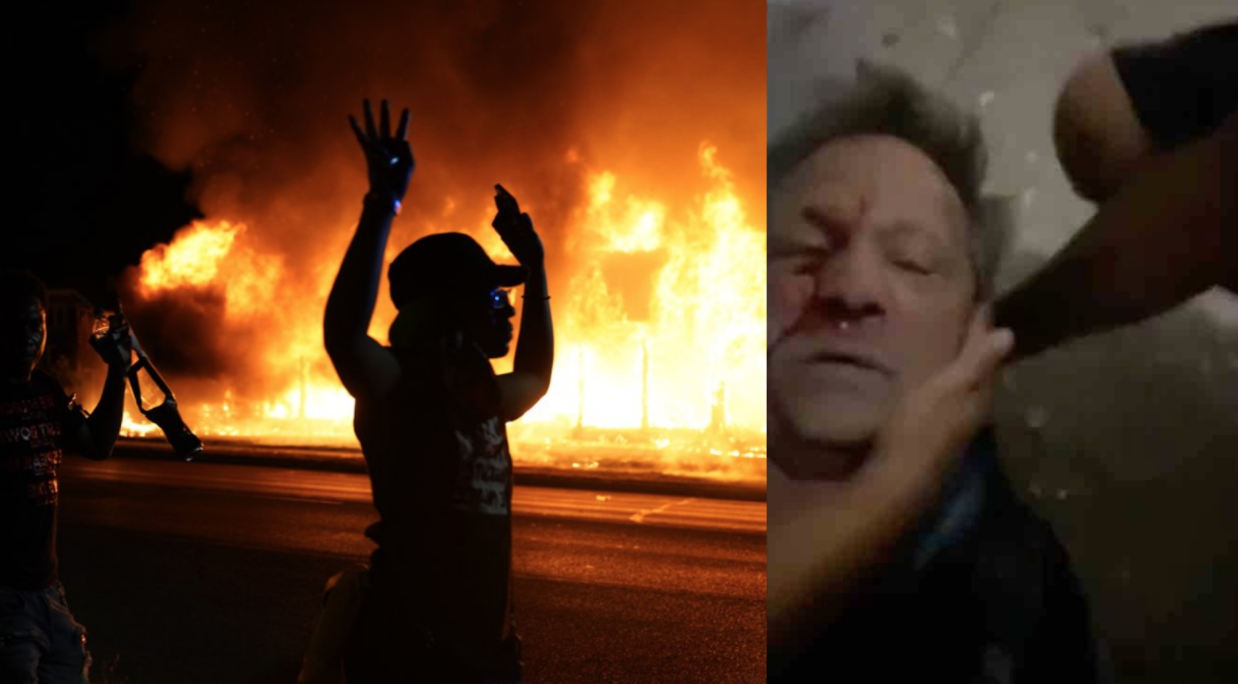 A video that came out on Tuesday shows Black Lives Matter rioters in Kenosha attacking an elderly man who was trying to defend the building of a charitable institution with a fire extinguisher from looters. “Looters assault an older business owner trying to defend his business in Kenosha, Wisconsin on August 24, 2020,” according to the caption of the video as it was posted to Twitter.

In the video, the man can be seen in front of the Danish Brotherhood Lodge 14, which is a charitable society. The building has been set on fire by the looters. The man was holding a fire extinguisher which he was using to spray the looters to stop them. He was not using physical force to hurt the looters, he was just driving them away from the building. As he was spraying some looters one of them ran up to him and punched him at the back of his head. He fell down and hit his head on the pavement. He could be seen bleeding from the head.

A few people came up to help the old man. In the background, a Black Lives Matter rioter can be heard justifying the attack. “We are trying to protect ourselves,” the rioter said. “You don’t understand what terrifies these black men out here, they not making it home to their families,” the rioter added. “Understand, respect, how about that? It’s called respect.”

The violence in Kenosha has been increasing in the past few days. Shots have been heard in some parts of the city. The rioters have also been using strong fireworks and other objects meant to cause deadly harm when attacking law enforcers. In the video of the attack on the old man, a Gatorade bottle filled with concrete can be seen. Those bottles are being used by the rioters for hurling at the police and windows of buildings.

The violence in Kenosha was triggered by the shooting of a black man by police officers. The shooting was justified since the man fought with police officers and he was reaching inside his vehicle as he ignored the orders of the police. But that doesn’t matter to the BLM. The mainstream media has also refused to report on the facts behind the incident.