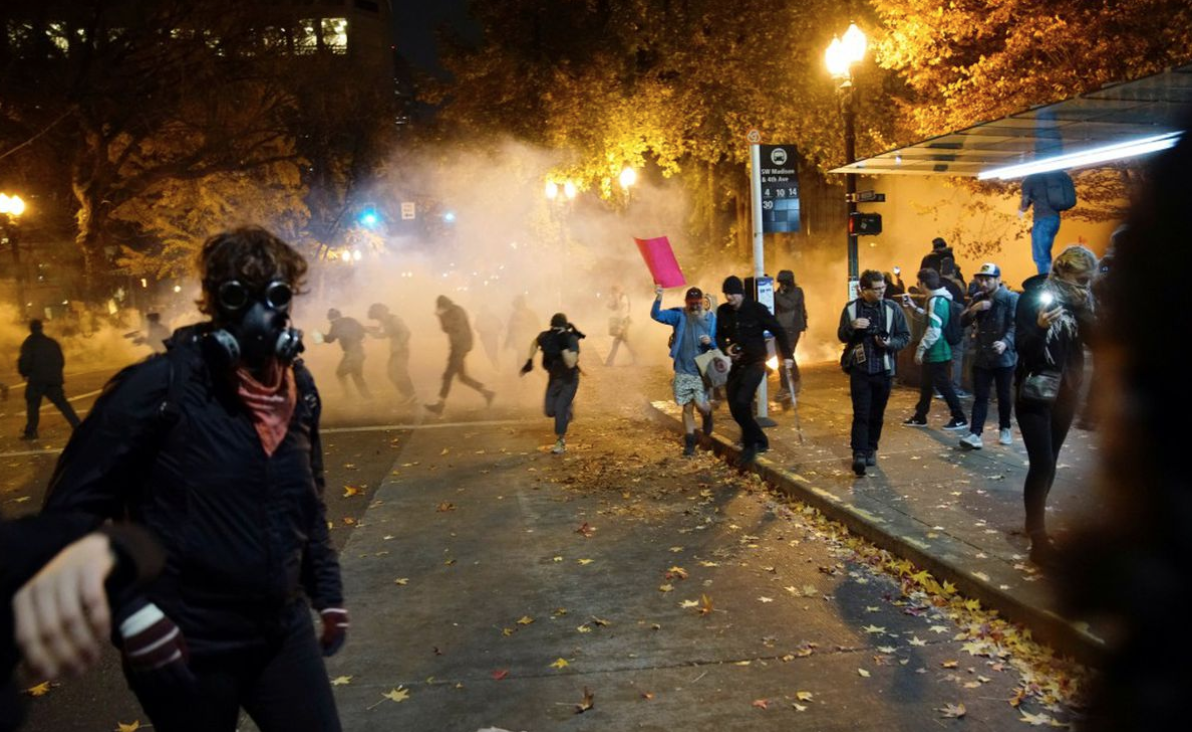 After destroying and setting the Mark O. Hatfield U.S. Courthouse on fire, Black Lives Matter protesters have filed a lawsuit against President Donald Trump’s administration over its decision to send federal officers to protect the courthouse in Portland, Oregon.

Over the course of more than 60 days, a mob of protesters has incited violence and chaos all throughout the city. However, when it was time for the administration to send federal officers to quell the unrest, rioters pushed back with a plan to sue the government.

In a report from the National Public Radio (NPR), organizations, as well as individuals, have filed a nine-count complaint on Monday against the DHS as well as other federal agencies in an effort to hold them accountable for their actions during the riots. Protesters accused that the law enforcement officers violated their own constitutional right to freedom of speech, freedom from unreasonable seizures, as well as the right to due process.

Several law firms protecting the Black Lives Matter movement and an organization called Protect Democracy filed the lawsuit in the U.S. District Court for the District of Columbia. According to the complaint, the plaintiffs claimed that the officers’ goal was t“to intimidate and silence protesters because of their message.” The media outlet claimed that the DHS agents have injured and arrested protesters without citing any probable cause.

The NPR claimed that protesters complained that they had sustained injuries from the demonstrations, stating that they were constantly on the receiving end of violence. The complaint stated, “They have been tear-gassed night after night, left vomiting and unable to eat or sleep because of the toxic poison blasted at them.” The plaintiffs also claimed that they were constantly shot with rubber bullets, pepper spray, bean bags, and other projectiles within close proximity.

To make matters worse, the plaintiffs tried to turn the tables by accusing the federal police officers of throwing flash-bang explosives near the crowd. Their lawyer, Deana El-Mallawany, counsel at Protect Democracy, claimed that federal officers attacked their clients simply for practicing their first amendment right and speaking up.

El-Mellawany also accused the Trump administration of deploying federal officers to “stifle” the citizen’s freedom of speech and warned that it is important for people to check “unlawful administration” in order to stop it from spreading across the other U.S. cities.

However, Attorney General William Barr denied the allegations that the officers were deployed with the mission to hurt civilians and to stifle people’s rights. In fact, the Attorney General claimed that their primary goal is to protect the courthouse, as well as bring an end to more than two months of chaos.