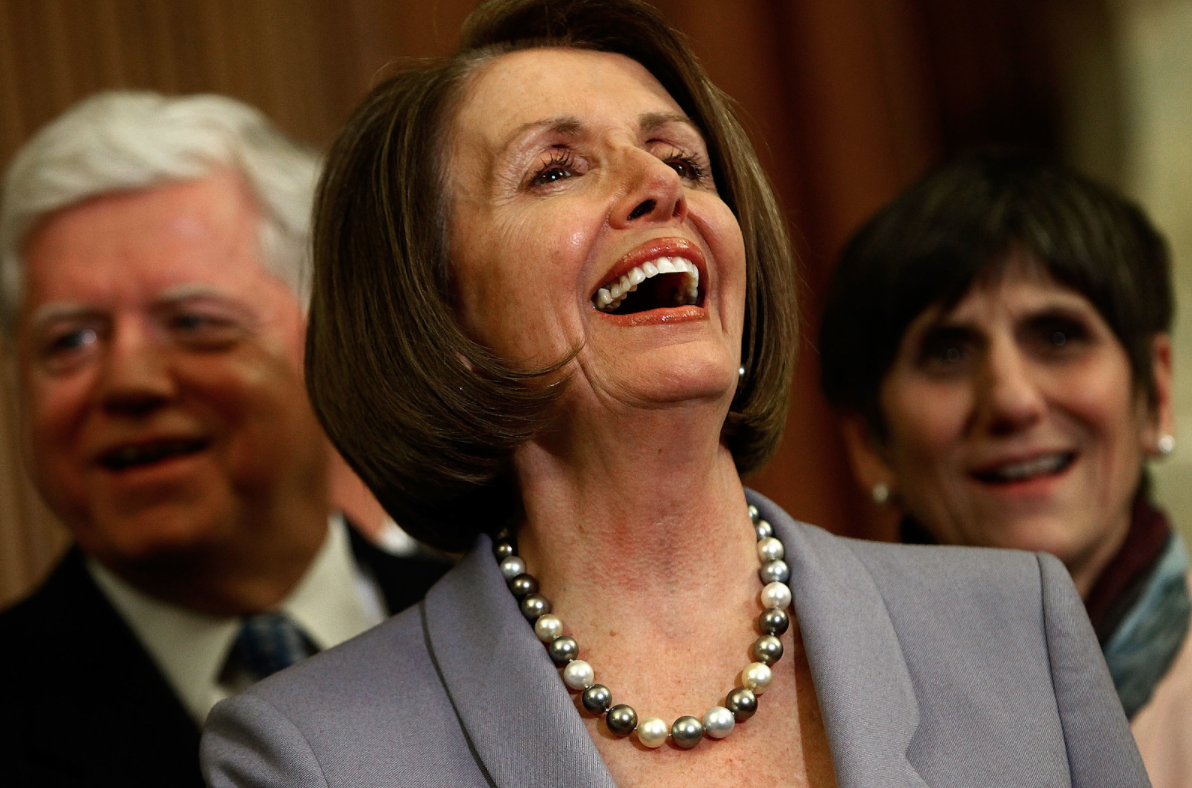 Contrary to the left-wing media’s message of body positivity and empowerment, prominent Democratic figure, Nancy Pelosi has yet again issued discriminating words- this time it was aimed at U.S. Attorney General William Barr.

In her media appearance for MSNBC’s “The Beat,” Pelosi reacted to AG Barr’s testimony in Congress for the House Judiciary hearing. Pelosi described Barr’s performance as “despicable” Pelosi also accused Barr of working as President Donald Trump’s “henchman” instead of protecting the country’s best interest. “He was like a blob. He was like a, just a henchman for the president of the United States, instead of the attorney general of the United States of America,” Pelosi said.

She went on to declare that Bar’s testimony was a clear “demonstration” of contempt against the country’s democracy. Pelosi believed that the U.S. attorney general had repeatedly committed contempt against the American people. She cites that his “inconsistencies’, especially in the administration’s failure to send law enforcement officers after protesters invaded the Michigan legislature, is a clear example of their so-called “inconsistencies.”

In the interview, the show’s host Ari Melber played a clip in which Democrat Rep. Doug Collins asked the Attorney General whether Pelosi’s earlier tweets in which she referred to federal law enforcement officers as “Stormtroopers” might have encouraged people to incite violence against the police.

The term directly refers to a Nazi paramilitary arm, which had served as Hitler’s secret police. Barr responded that using the term against DHS agents should be considered as “irresponsible.”

The House Speaker, who was known for her display of temper tantrums, downplayed her comments. Pelosi claimed that she did not call them “stormtroopers.” Rather, she said that they acted like one.

On July 17, the House Speaker claimed that “unidentified stormtroopers” riding around in unmarked vehicles were “kidnapping” protesters and inflicting “severe injuries” against anyone that they have caught committing vandals. Pelosi concluded that such actions do not represent a “democratic country” and called that the Trump administration and “his stormtroopers” must be stopped.

First Amendment speech should never be met with one-sided violence from federal agents acting as Trump’s secret police, especially when unidentified. This is disgraceful behavior we would expect from a banana republic — not the government of the United States.

Contrary to the House Speaker’s accusation that the officers removed their name to strip them from any form of identification to make them accountable from any violations, it was the officers who were, in fact, in grave danger. The law enforcement authorities were instructed to take off their names and instead use unique identifiers as someone had leaked their personal information online, which places their own families at risk.