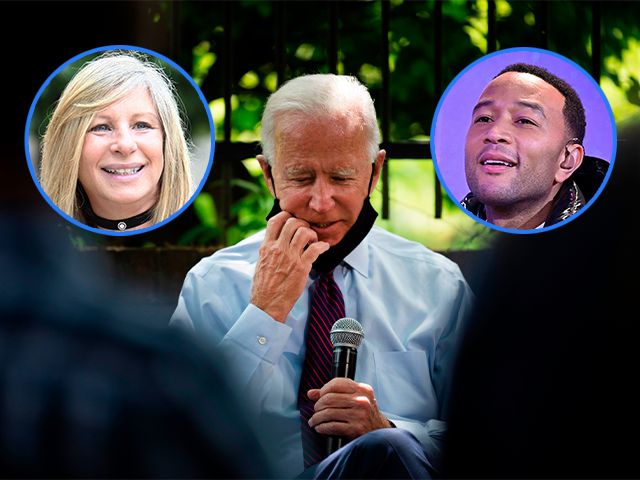 Hollywood celebrities had a field day bashing and spewing nonsense about President Donald Trump during a virtual fundraiser for Joe Biden on Sunday.

However, among the starry list, it was the aging singer and vocal anti-Trumper Barbra Streisand who had the most to say about the president. She claimed that Trump “is unfit, mentally and morally, to hold this distinguished office.” then added that on the other hand, Biden was a decent and ethical man with an open mind and open heart.” She said this despite the ongoing sexual allegations against Biden from his former staffer Tara Reade.

Another fact Streisand got wrong was the protests in Portland and Seattle. The singer described the violent and uncontrollable riots that have killed and injured a number of people as “peaceful.” Then she added that the military was designed to protect the people, not attack them, referring to the federal law enforcement deployed in both Portland and Seattle. “Trump called out the troops against peaceful protesters. That’s what cowards do when they are scared. Donald Trump has failed us,” Streisand said. “And we cannot survive four more years of his incompetence. I’m sad and embarrassed by his lack of humanity.”

The star-studded virtual fundraiser did not feature the presumptive Democratic presidential nominee despite even having a musical theater theme featuring performances by Broadway stars Sarah Bareilles and Kristin Chenoweth. Apparently, Sleepy Joe was a no-show in the event. The gaffe-filled former vice president has been a little out of the spotlight lately. Instead, the donors were treated by appearances by other Democratic politicians like Pete Buttigieg and Hillary Clinton.

The Sunday fundraiser reportedly raised more than $760,000 for Sleepy Joe’s campaign. Hollywood has always been the Democratic candidates’ source of big cash. In past years, they depended on millionaire Miramax big boss Harvey Weinstein, a major supporter of Hillary Clinton and Barack Obama. But this year, they have no Weinstein to sign the checks, as the big boss is now spending his days in prison after being convicted of rape and sexual assault in February.