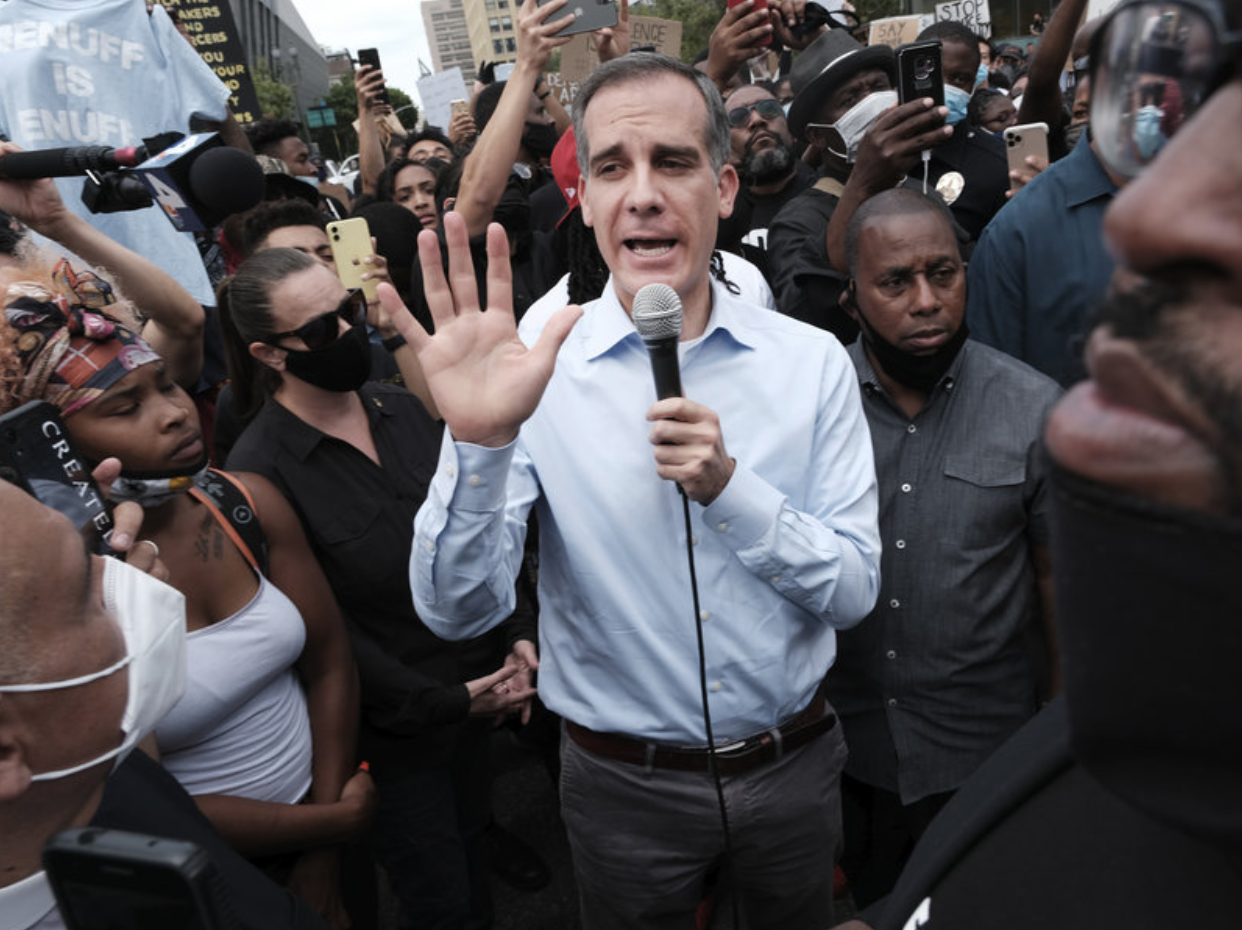 Mayor Eric Garcetti of Los Angeles City refused to back down from his support of the violent riots that are happening in Portland. He said that individual moments of violence do not reflect the entire movement. He says that he believes that violence is not what characterizes the “demonstrators” at all.

On Thursday, the mayor sent out a controversial tweet that praised the riots. “Demonstrators for racial justice represent the best of our democratic ideals. The President’s unilateral deployment of federal forces betrays them—and does nothing to keep us safe. L.A. stands with our friends in Portland.” He identified with the rioters and claimed that the whole of Los Angeles is with those doing all the mayhem in Portland.

Demonstrators for racial justice represent the best of our democratic ideals. The President's unilateral deployment of federal forces betrays them — and does nothing to keep us safe.

L.A. stands with our friends in Portland.

White House Press Secretary Kayleigh McEnany showed a collection of videos to reporters which showed how the rioters are causing violence and mayhem in the streets of Portland. The videos showed how some of the rioters attacked federal officers and how they tried to set fire to buildings. McEnany also gave details on the injuries that have been suffered by some of the federal officers.

At least three federal law enforcers who have been trying to fight the riots in Portland and protect federal property there are reported to have suffered permanent damage to their eyesight. The injuries were caused by the high-powered lasers that were being used by the rioters who are pointing it at the faces of the officers. To prevent similar injuries, the government has procured special glasses that will protect the eyes of the officers from the lasers.

Those are the kinds of rioters that are being supported by the mayor of Los Angeles. While there may be some peaceful protestors who are walking around in Portland, the vast majority of them are rioters and vandals who are just out to burn and destroy what they come across. The protests started as a reaction to the death of George Floyd, who died while he was being arrested by police in Minneapolis.

The protests soon turned violent as it was just used as an excuse for thugs to riot and loot. The riots are now continuing in multiple cities all over the United States. Local officials are not really helping when it comes to trying to quell the riots.