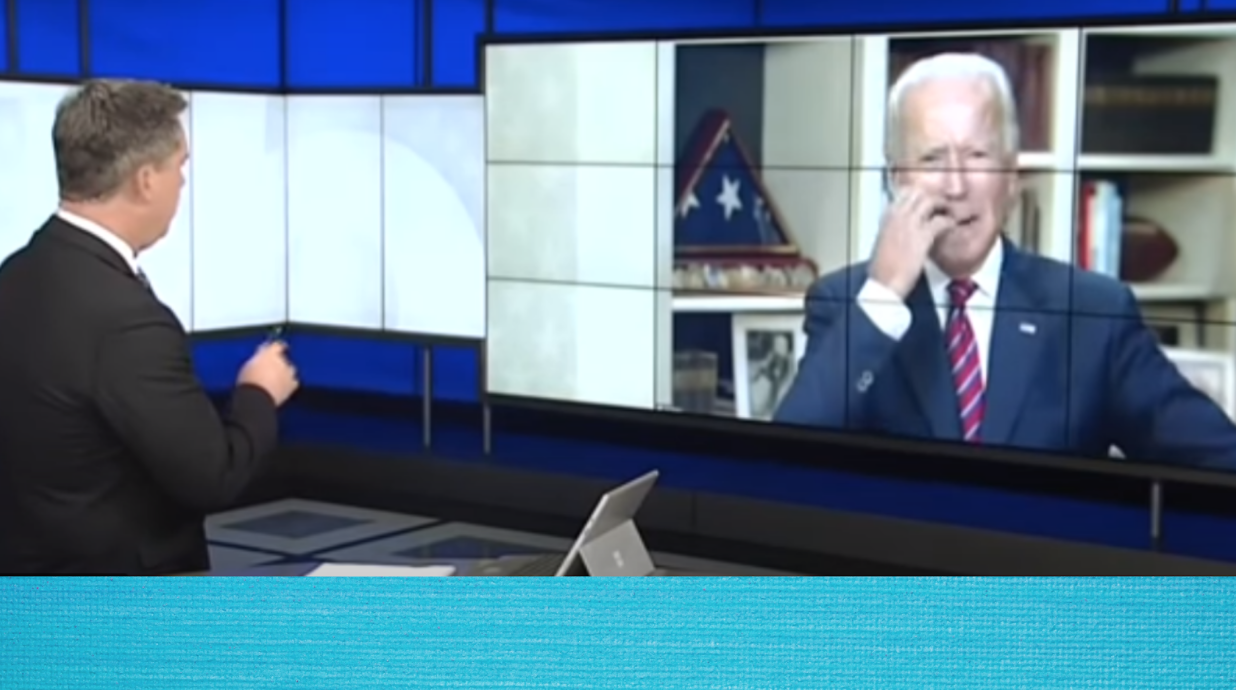 As the election draws closer, the Democrats are having a more difficult time covering up Joe Biden’s declining cognitive capacity. Just within a span of a week, Biden’s aide had to cut interviews short twice, claiming that they were out of time, while the former vice president was still clearly trying to say something.

During one interview, Biden was speaking ABC 15 in Arizona when someone identified as Ari Krupkin interrupted the interview, cutting off Biden. At that point, Biden was visibly irritated while talking about President Trump. “What’s with this guy?” Biden asked.

That was when the aide interrupted the interview. “Steve, that’s our time,” a voice said while the name of Krupkin came up. It’s likely that they were using Zoom, which is a video conferencing tool.

“Okay, alright. I appreciate your time, uh, thanks so much to Mr. Vice President, as well,” the anchor said. It was strange, though, because Biden clearly was not done saying what he was trying to share. It was odd too how the anchor agreed right away to what the aide was saying. He didn’t even try to get more out of Biden, which is what any competent anchor would try to do. Before that, Biden appeared on NBC 12, which is also in Arizona. Six minutes into his interview, an aide’s voice can be heard trying to cut off the anchor and cut the interview short. Good thing that the anchor ignored the interruption and just went ahead with the interview. A few minutes later, the anchor asked a question regarding China, but Biden’s feed was cut off as the aide again tried to end the interview, but then Biden appeared on screen again, blabbering about China.

Some observers have pointed out that the last part of the interview, the one where Biden spoke at length about China seems prerecorded. The claim seems likely when one considers how there was no thank you or goodbye from Biden after the interview, a very unusual move, especially since the interview was cordial, and there was no reason not to practice the usual courtesy.

These interviews are just the latest signs that Biden is not in the right condition to run for president. It seems that he cannot handle an interview with a journalist that’s on his side, what more if he has to debate President Donald Trump, or if he has to stand up to someone like Putin if he becomes president.