A Taste of His Own Medicine: Portland Mayor Who Supports BLM, Gets Humiliated, Attacked by Protesters 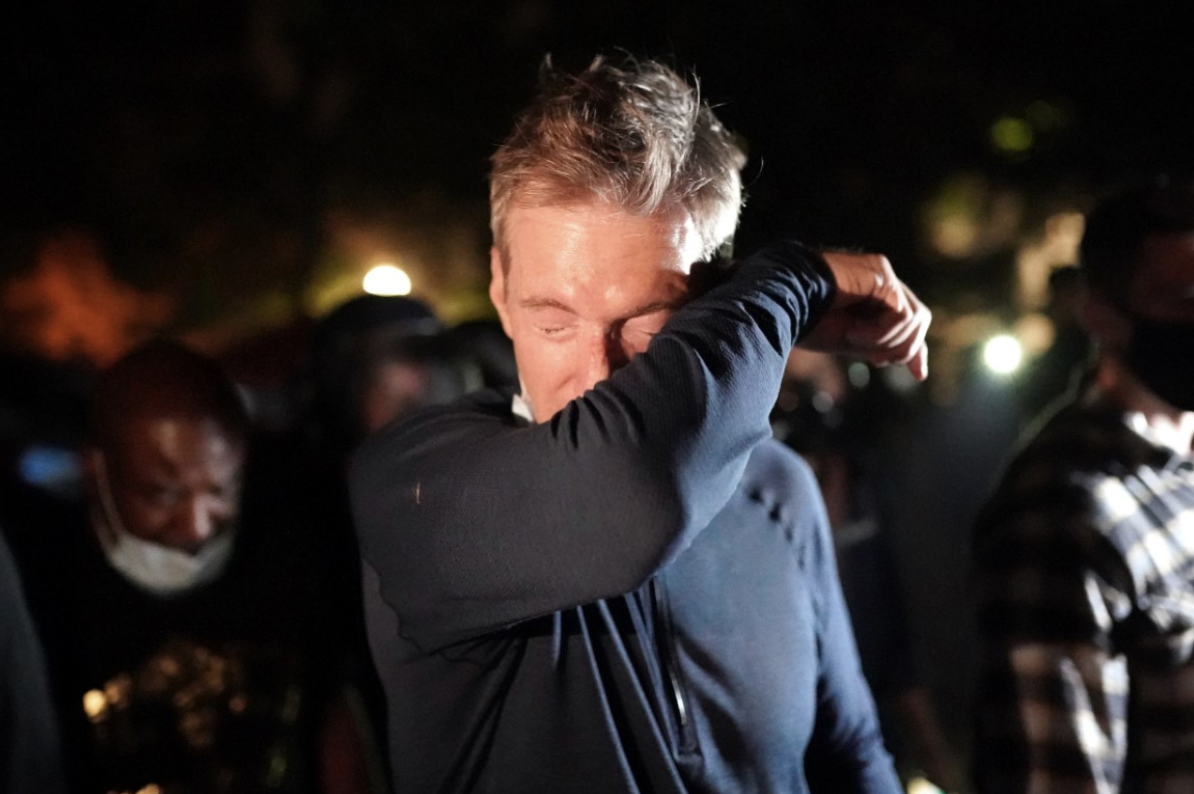 On Wednesday night, Portland Mayor Ted Wheeler decided to go down near the Justice Centre on the 56th night of protest in an attempt to show a sense of support and solidarity with the protesters. Instead, the Trump-slamming Mayor was ridiculed, humiliated, and violently attacked on both sides.

He also went on to extend his sympathy with the protester as he acknowledged his privilege. Unfortunately, Wheeler was not met with applause, and thank you’s. Instead, he was ridiculed, humiliated, and had even gotten to the point where he was physically attacked by the people he was trying to defend. The crowd went on to great lengths to show that Wheeler was not a welcome presence.

People have surrounded the mayor, cursing him and calling for resignation. pic.twitter.com/o0s1azbi2R

USA Today reported that a demonstrator threw a burning garbage bag near the Mayor. This prompted a response from the federal officers who hurled a tear gas on the other side. The gas also hit Wheeler, and he described the effect as his eyes sting, his throat closing up, making it even harder for him to breathe. While the Mayor struggles to recover and regain his breathing, the protesters continue to taunt him, screaming, “how does it feel, Teddy?”

"How does it feel, Teddy?" someone shouts. pic.twitter.com/4VPOKcOIII

Someone threw something at the mayor pic.twitter.com/ArNnYFxoJ9

Despite the reality of the situation and the violent altercation, Wheeler continued to paint a different picture. He claimed that he absolutely sees no reason why federal officials would be provoked to respond. He described the situation as “nasty,” claiming that he was not afraid of the federal officers but was just completely pissed.

He dismissed the officer’s response by saying that it was just an “overreaction” and that it had only aggravated the situation. Wheeler continued to criticize federal agents by saying that it was not the best way to conduct a “de-escalation strategy.” Finally, the Mayor attacked the President by claiming that what had happened was a classic example of “urban warfare strategy” and that his administration imposes a threat to Democracy.

Due to the violence and tension, the Portland police identified the Wednesday protest as a “riot.” The law enforcement officers warned the crowd to disperse immediately, or they will be forced to make arrests, and even risk being tear-gassed.

Moreover, the crowd also attacked innocent civilians. On Sunday, a black veteran, Gabriel Johnson, finally had enough. For more than 50 nights of chaos and explosions, Johnson decided to go out and wave the American flag. Unfortunately, people started calling him the N-word while members of the terrorist group, Antifa hounded, and followed him home.