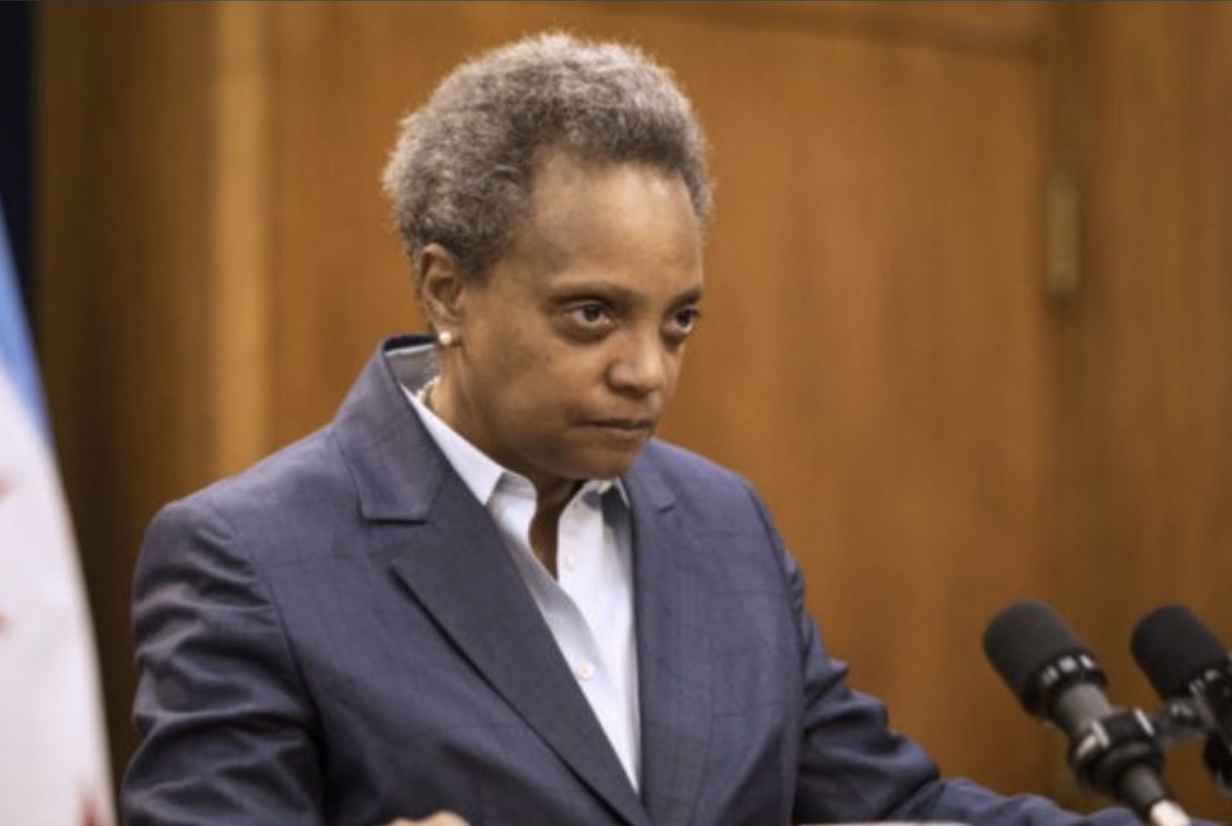 Mayor Lori Lightfoot of Chicago was humiliated after she was forced to accept the help of the federal government to help fight crime in her city. Mayor Lightfoot spoke with President Donald Trump on Wednesday after the administration announced that it would be boosting the presence of Federal troops in cities that are suffering from constant riots that started out, supposedly, as a protest against the death of George Floyd. Many of the police departments around the country have been told to hold back by local officials, most of whom are Democrats.

After accepting the sending of federal troops, Lightfoot still tries to save her reputation by pretending that she is able to set conditions on how the troops will be behaving. She even claimed that the President “realized that what he did in Portland was grave abuse of his presidential power.” However, she offered no proof that the President made any admission of that kind.

The federal government sent law enforcement officers to protect a federal courthouse in Portland. It has been the target of rioters who have been trying to set it on fire. The mayor of Portland has been unable or unwilling to do anything about the rioters. The tactics of the so-called protesters have been to attack the building and the officers defending it, and when the officers try to arrest them or prevent their attacks, they will pretend that they are being abused. The mayor of Portland even joined the protesters in an obvious photo op streets where he was heckled.

Sadly, the mainstream media has been complicit in this attempt to fool the American people. The media has constantly downplayed the violent actions made by the rioters, and most of the time, they have refrained from showing those to their viewers.

Earlier in the week, Lightfoot compared federal officers to terrorists, and she even urged Chicago residents to call 911 on them. She’s been forced to accept the offer of additional federal troops because the violence in her city is on the rise. Earlier in the week, 14 people were wounded in a single shooting incident. People are regularly being shot in the streets of Chicago, and Lightfoot has been unable to do anything about it.

Many of these local officials who are Democrats are willing to let their cities burn just so they can make President Donald Trump look bad. They don’t really care about ordinary Americans who have to suffer because of their decisions.