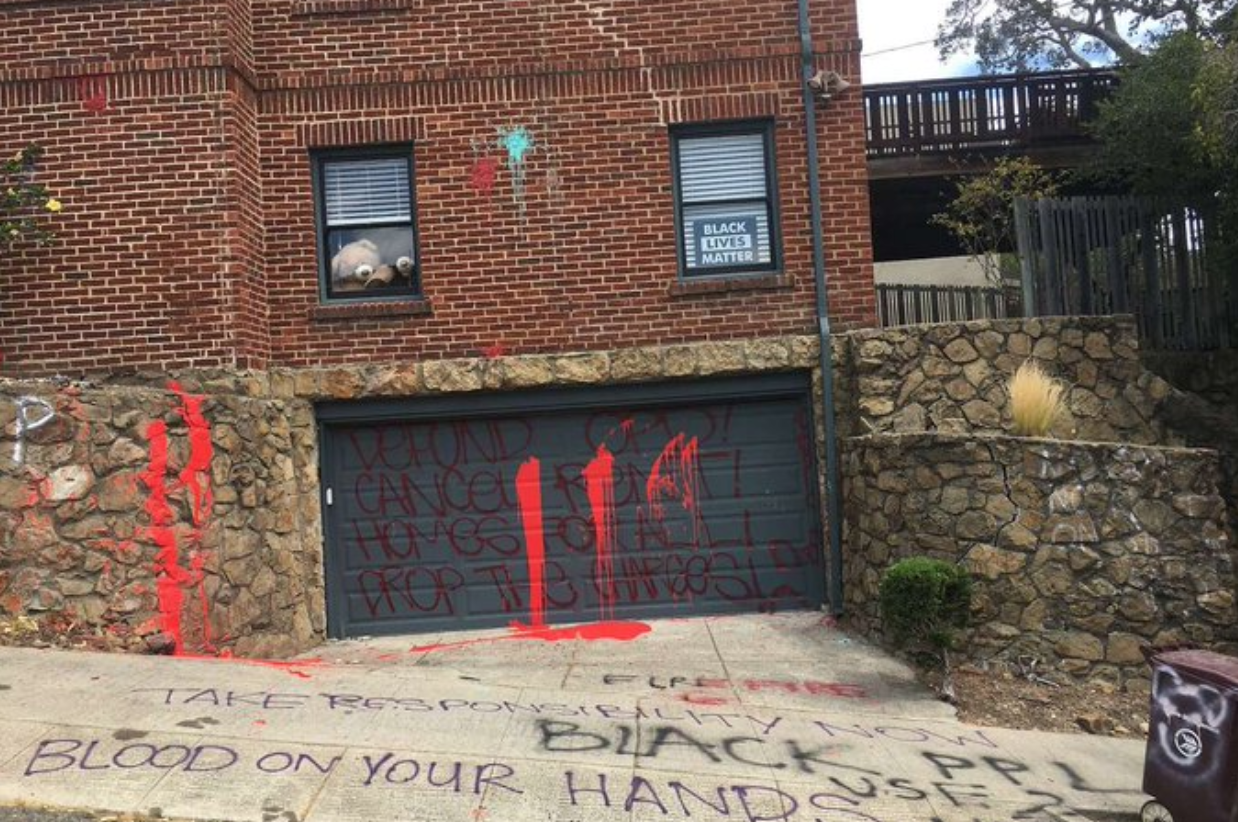 Mayor Libby Schaaf of Oakland was shocked when her house was attacked and vandalized by rioters. The house was vandalized with spray paint all over it. There were messages in support of the Black Lives Matter movement, and there were numerous messages calling for the defunding of the police. Schaaf was shocked to learn of the attack because, like other Democrats, she has supported the rioters and has done nothing to stop them. Now she has ordered the Oakland Police Department to investigate the attack because it’s her property that was vandalized.

“This crosses the line because it’s someone’s house and property. It’s not exactly okay. It’s not okay on any level,” said,” Alexandra Wright, a neighbor of the mayor, told KCBS Radio. A spokesman for the mayor said that “This attack, designed to intimidate the mayor and strike fear into her family, will not stop her from advocating for the policies she believes are in the best long-term interests of her beloved hometown. Like all Oaklanders, she supports passionate protest but does not support tactics meant to harm and terrorize others.”

The attack on the mayor’s house came as the City Council is set to meet whether they should further cut the police department’s budget and maybe even abolish it.

Schaaf has not condemned the call for defunding the police. In fact, she has called for more funding for non-police ways of enforcing the law. She has not proposed anything concrete on how that would stop criminality, especially violent criminals. Social workers will not be able to deal with hardened criminals. After her home was vandalized, she immediately had the police conduct an investigation as to who did it. She was perfectly fine with letting ordinary residents of Oakland suffer, but when it was her home that was in danger, it was a different story. The same thing is true with the Seattle mayor who didn’t do anything about rioters in her city, but when they protested in her home, she immediately sent the police to dismantle the so-called Capitol Hill Autonomous Zone.