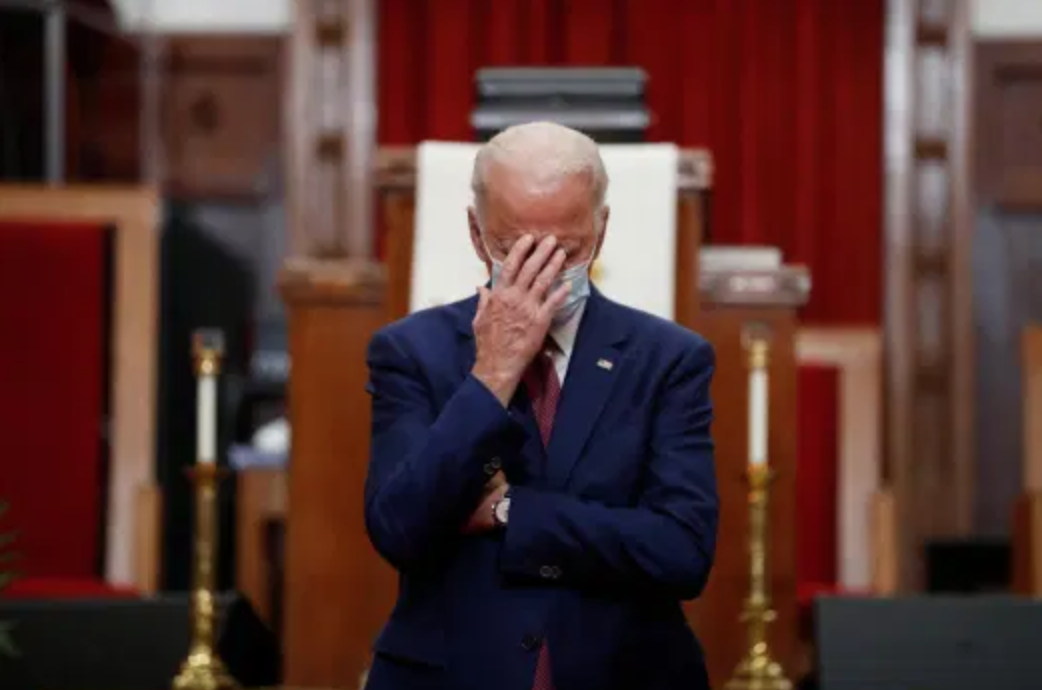 According to Fox News, Biden was speaking for the remote townhall with the Services Employees International Union (SEIU). The nominee, who had become notorious for his long list of gaffes and cognitive lapses, declared that the U.S. president had become instrumental in “spreading racism” in the country.

Biden said that Trump treats people differently based on their skin color, and the nation of origin. The former Vice President went on to describe Trump’s treatment as “absolutely sickening.” “No sitting president has ever done this,” Biden said. He lamented that no President, regardless of whether they are a Democrat or a Republican, had acted in such manner. “‘He’s the first one that has,” the former Vice President said.

To back up such allegations, Biden accused Trump of being “xenophobe” by citing that the president had used the term “Chinese Virus” to refer to the ongoing coronavirus which had, in fact, originated in Wuhan, China. Biden lamented that when it comes to pointing the fingers, Trump does not care to “make a distinction” where it might be Asians from Beijing or those from South Korea.

However, contrary to Biden’s claim, Trump had decided to support Hong Kong in their fight for Democracy. To put more pressure on China, he ended the preferential trade treatment with the country, a move that was expected to make a grave economic impact on the communist regime. Moreover, Trump had also passed legislation that would hold American banks accountable for continuing to do business with Chinese officials.

The president also addressed Biden’s accusation during a White House press conference. Trump pointed out that his administration had a long list of accomplishments when it comes to providing better economic and job opportunities for African-Americans. “We’ve passed criminal justice reform, something that Obama and Biden were unable to do,” the president clapped back. Trump said that he did more for African-American communities than any President did, with the exception of Abraham Lincoln.

The president’s campaign team also called Biden’s accusation as extremely “outrageous.” In a statement from his campaign senior adviser Katrina Pierson, she said that the President “loves all people” and that he is working hard to empower Americans. Pierson also cited that Trump had received the biggest support from Blacks than any Republican president there is. Finally, the campaign’s senior adviser said that Joe Biden should be the last person anyone should receive a lecture when it comes to racial justice.

In fact, Biden might have even forgotten his own history lesson. His fellow Democrat and former U.S. President Andrew Jackson were considered the most racist American presidents to ever hold office. During a statement to the federal commissioner of the Public Buildings Service, Jackson said that everyone must agree that the white race is far more “superior” than blacks.

Another Democrat, former President Woodrow Wilson, was also considered as a racist, even by up to the standards of his time after he had implemented resegregation in several agencies and departments in the federal government.