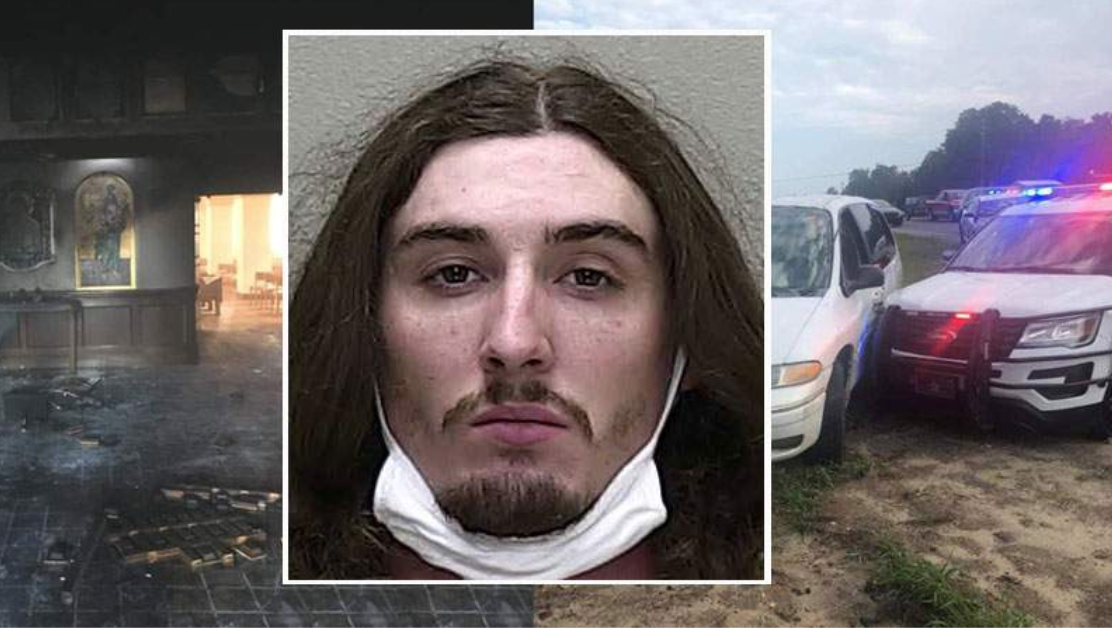 Over the weekend, a man in Ocala, Florida, was arrested for allegedly driving through the front door of a church, and then setting it on fire with people still inside.

According to a report by the Associated Press (AP), “The Marion County Sheriff’s Office charged Steven Shields, 23, on Saturday, hours after detectives say he plowed a minivan through the front door of Queen of Peace Catholic Church in Ocala, doused the foyer with gasoline and set it on fire, causing extensive damage.”

Several people were still inside the church, preparing for mass when Shields drove through the front door. Then after starting the fire. Shields tried to escape the scene with his van, which Deputy Josue Gonzalez spotted and chased.

“Deputy Josue Gonzalez spotted the vehicle leaving the area and gave chase. The defendant fled until Deputy Gonzalez was able to conduct a P.I.T. maneuver (Precision Immobilization Technique) and disable the fleeing vehicle in the 5900 block of South Highway 441, where the defendant was taken into custody,” read the Marion County Sheriff’s Office Facebook post on Saturday.

Luckily, no churchgoer was injured, as they were able to escape quickly, and the Marion County Fire Rescue immediately extinguished the fire.

In an interview with Detective John Lightle, it was revealed that the suspect was apparently diagnosed with schizophrenia and is not taking his medication. Shields told the detective that he thinks what he did was “awesome,” while smiling and laughing. He also referred to himself as the “king” and said that he was on a “mission.” The suspect further told Detective Lightle that he has problems with the Catholic Church and referenced several Bible passages, like the Book of Revelation.

Sheriff Billy Woods later said in a statement, “Our freedom of worship granted in the Constitution is a freedom that we all hold dear. My deputies and I are sworn to protect that right and will always ensure our citizens can worship in peace.” The Sheriff added that he is proud of his deputies for capturing Shields immediately and thanked the state and federal agencies’ assistance in the arrest and investigation.