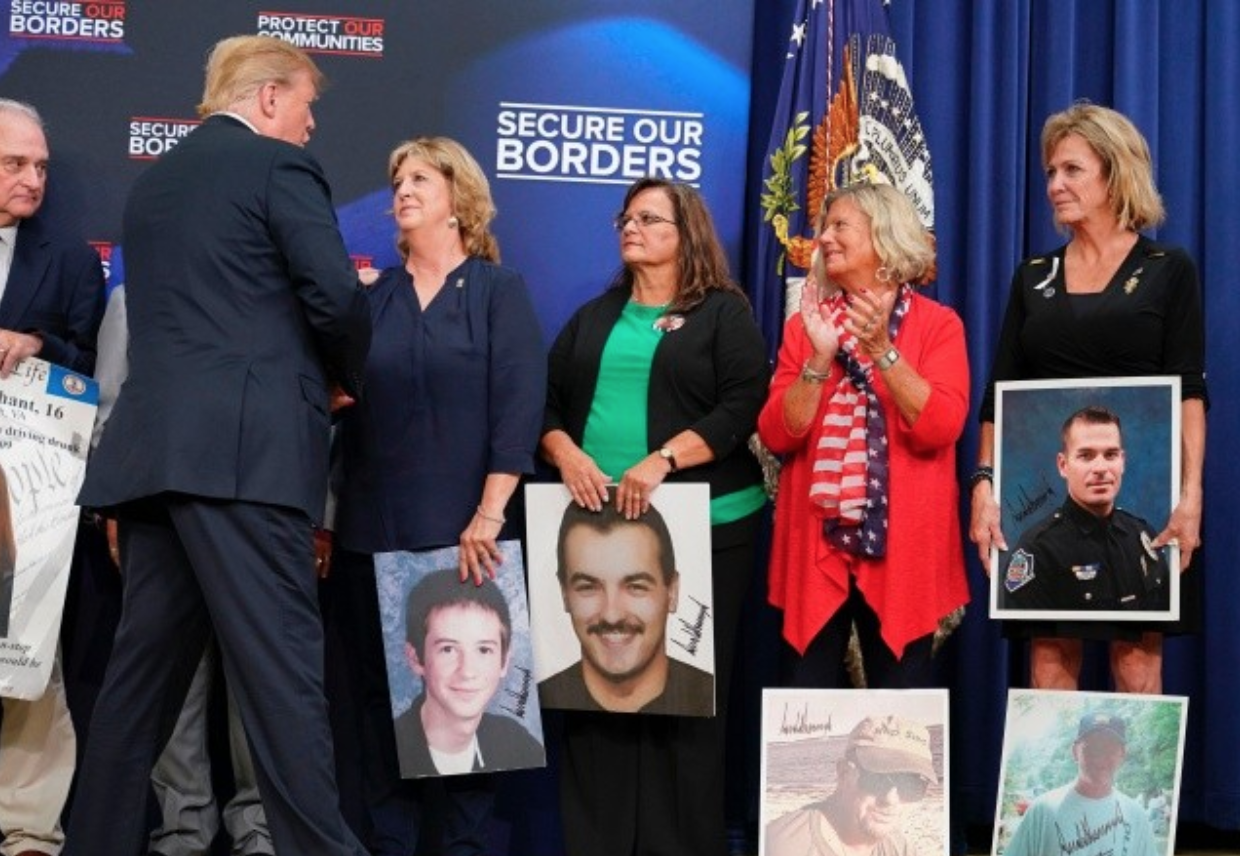 President Trump just made history this week by honoring the Americans who have been murdered and killed by violent illegal aliens who have been allowed into the country by leftist policies of the Democrats. A proclamation was announced which is declaring November 1 to be the “National Day of Remembrance for Americans Killed by Illegal Aliens.” The day is meant to honor and remember Americans whose lives were taken too early because of illegal immigrants either by accident or by intentionally murdering them.

Part of the President’s proclamation reads, “On this National Day of Remembrance, we pause to honor the memory of every American life so egregiously taken from us by criminal illegal aliens. As sons and daughters, mothers and fathers, brothers and sisters, and as American citizens, these precious lives are an irreplaceable piece of our national community. We solemnly stand with their families—our Angel Families—who have endured what no American family should ever have to suffer.”

Angel Mom Mary Ann Mendoza, head of the Angel Families organization, gave high praise for the President’s proclamation. Her son, Brandon Mendoza, was killed by an illegal alien back in 2014.

“President Trump and just a handful of Republican politicians are the only ones who engage with Angel Families, recognize our innocent loved ones killed by illegal criminals and actually ask our opinions of how our country can change things to protect Americans from this preventable tragedy,” Mendoza said.

The President’s plan to secure the border with Mexico has resonated strongly with those who have been victimized by the criminals who have illegally crossed the border. They know first-hand how wrong it is to allow people without proper documentation into the country. It is not because of racism but the need to secure the safety of Americans.