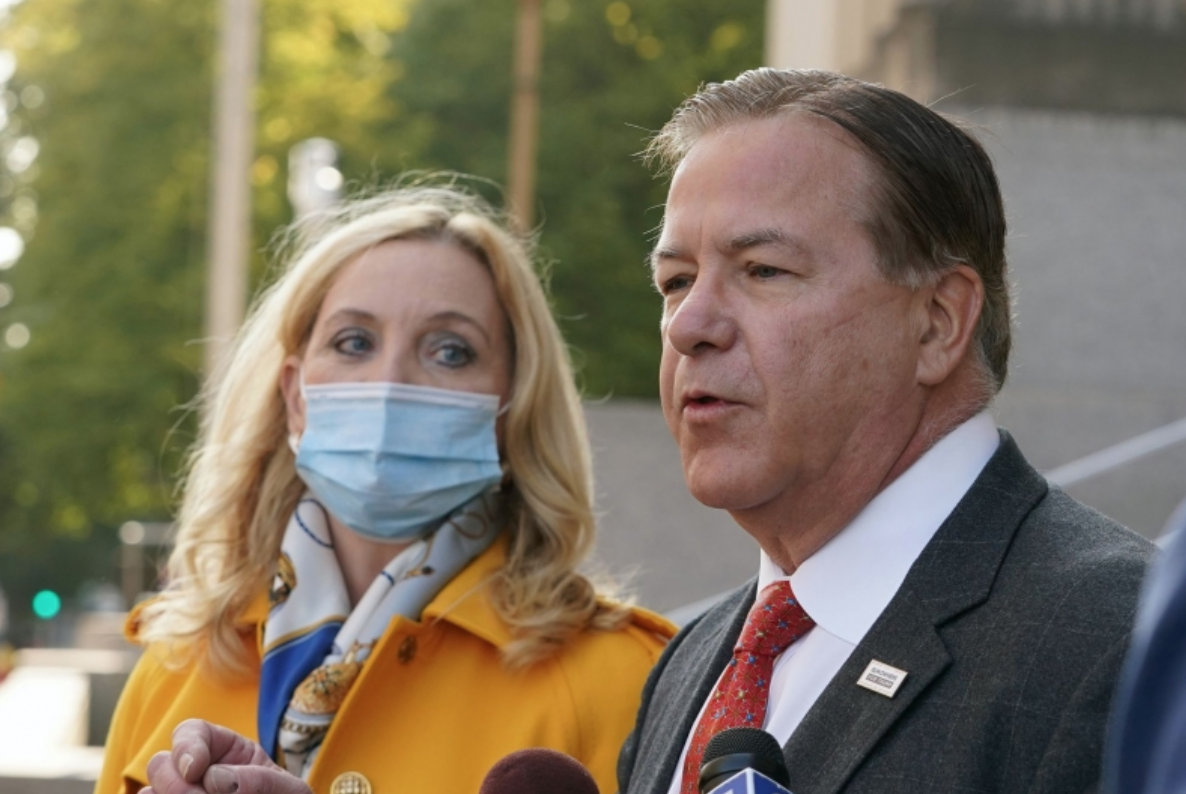 On Tuesday, the grand jury indicted Mark and Patricia McCloskey for the charges of “exhibiting a weapon” and “tampering with evidence” after the June 28, 2020 encounter with Black Lives Matter protesters.

The couple appeared before a judge, in which they were indicted on the two charges. Their hearing is currently set to continue until October 14, after the jury explained that they needed more time to deliberate on McCloskey’s case. The couple’s lawyer, Joel Schwartz, stated that the next step for the two is arraignment, where the couple would file a plea on the charges against them.

The fiery confrontation took place after the couple stood armed and ready to ward off rioters and anyone who attempted to destroy their property. During the incident, Mark was seen carrying an AR-15, while his wife, Patricia, stood with her handgun. In her defense, Patricia, who is also a lawyer, explained that the gun she was carrying was inoperable, and was only used as a prop during a trial against a gun manufacturer.

A couple has come out of their house and is pointing guns at protesters in their neighborhood #StLouis #lydakrewson pic.twitter.com/ZJ8a553PAU

To prove this, a local media outlet, 5 On Your Side, showed documents that the Gardner’s Assistant Circuit Attorney Chris Hinckley ordered crime lab workers to fix Patricia’s handgun and make it operable. Whether the gun is operable or not becomes a key component of the case specifically because under the Missouri law, firearms should be “readily capable of lethal use” for someone to be charged for a crime. Unfortunately, despite the documents which ordered the restoration of the handgun, Hinckley went on to sign and confirm that the handgun was operable, and that it can be capable of lethal use.

What’s even more troubling is that city attorneys for St. Louis also refused to charge the nine protesters who had trespassed the couple’s home. To prove the strong bias against the couple, the New York Post reported that even St. Louis Prosecutor Kimberly Gardner said to McCloskey, “I am alarmed at the events that occurred over the weekend, where peaceful protestors were met by guns.”

However, Sgt. Curtis Burgdorf questioned the authenticity of Hickley’s document. Burgdorf also pointed to the obvious fact that some of the rioters had trespassed into the McClosky’s property which had prompted them to defend their home. Even Republican Missouri Gov. Mike Parson also stood by the couple by saying that they only did “what they legally should do.” The Governor believed that the mob does not change the McClosky’s right to defend their property.

The gun-toting couple also appeared at the Republican National Convention, where they represented the American households. In their message, the couple warned against the Democrat’s agenda to abolish the police as well as the suburban neighborhoods to pave way for low-quality housing.The couple then went on to encourage Americans to ensure a safer community by re-electing Trump.