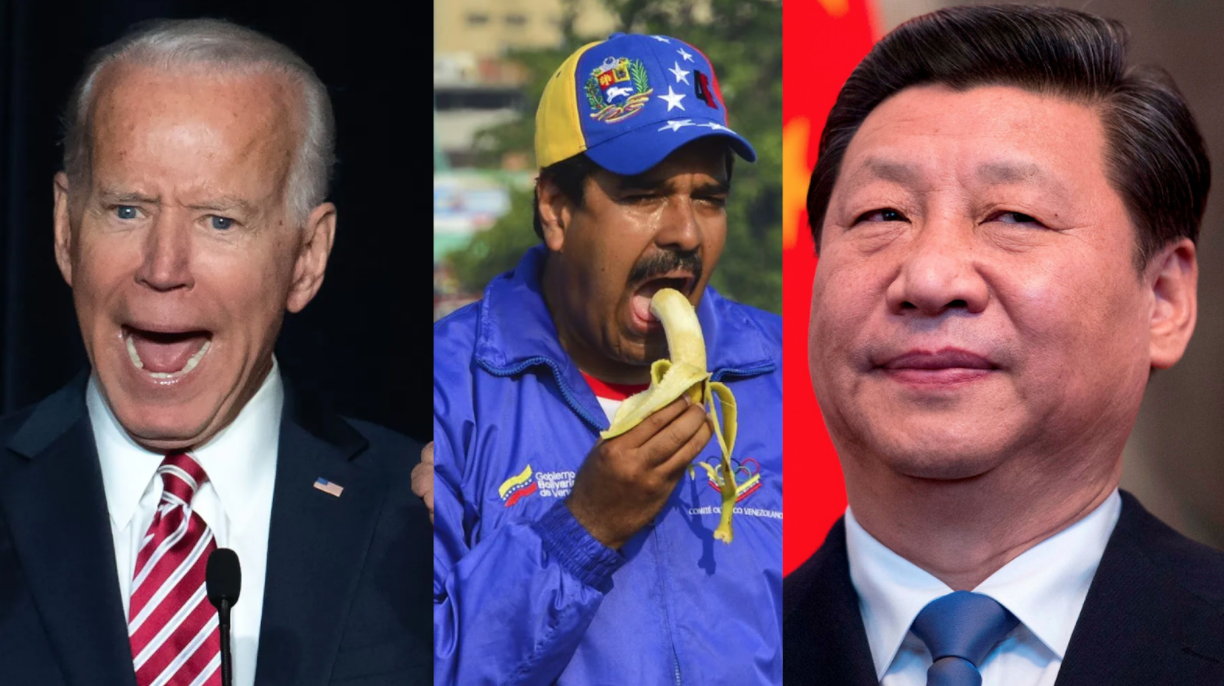 China and Venezuela are celebrating that President Donald Trump has stepped down from the White House. China’s Foreign Ministry expressed her excitement over Biden’s inauguration while also taking some parting shots at President Donald Trump. Foreign Ministry spokeswoman Hua Chunying used a new propaganda phrase that they actually took out from Biden’s inaugural speech. “I believe if both countries put in the effort, the kind angels can triumph over evil forces.”

The propaganda phrase is a play when Biden said, “Through struggle, sacrifice, and setbacks, our better angels have always prevailed.” In turn, Biden was quoting Abraham Lincoln’s inaugural address.

“President Biden also mentioned in his inauguration speech that Americans have much to heal, much to restore. This is exactly what China-U.S. relations need,” she added.

There was also a celebration in Venezuela because of Trump’s departure from the White House. Venezuelan dictator Nicolas Maduro was jubilant at the end of Trump’s presidency as he appeared on a national broadcast. He claims to have some form of responsibility for the defeat of President Trump by saying, “We beat him!”

Maduro then encouraged Biden to seek better relations with Venezuela. He seems to have forgotten that he has accused Biden of plotting to assassinate him back in 2015.

Trump has been very vocal about his dislike of socialism and Maduro’s socialist regime. The President has enforced sanctions against the South American country, which has helped strangle its economy. President Trump also supported President Juan Guaidó, the legitimate leader of Venezuela, but Maduro has retained control of the state and the military. Guaidó has been limited to appointing ambassadors to sympathetic countries.

Although Biden is not showing any interest in changing President Trump’s policy towards Venezuela, there is a good chance that he may reverse American policy towards China. Biden has been accused of having corrupt dealings with Chinese officials through his son.