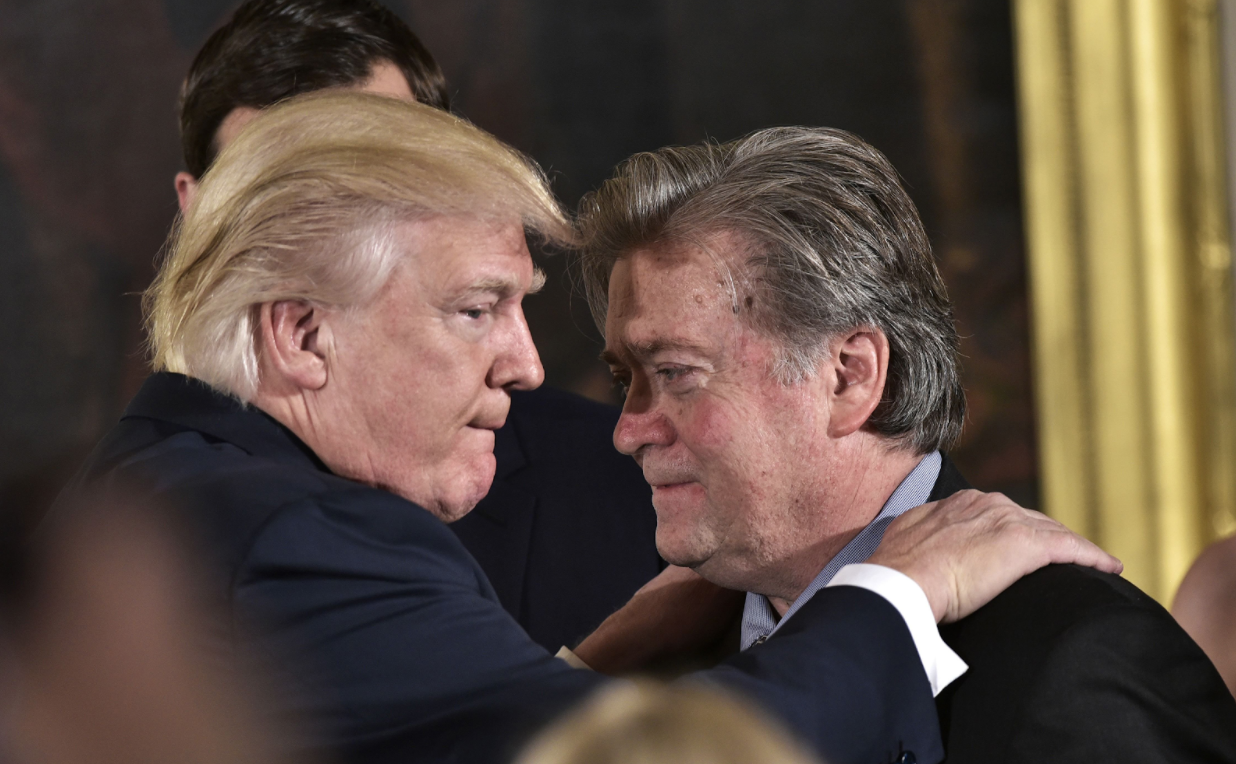 President Donald Trump has reportedly pardoned Steve Bannon, who served as his chief strategist. The New York Times has cited officials from the White House who have confirmed the move by the President. Supporters of Bannon reportedly pressed the President for the pardon. His name was also included in the final list that was released by the White House.

Federal prosecutors from New York went after Bannon for alleged fraud because of his involvement with the “We Build the Wall” crowdfunding campaign. The campaign was backed by Trump supporters from all over the country who wanted to build the wall on the border. He has not been convicted, and the case against him is weak, but that does not matter to the leftist prosecutors. They just want to tie him down with that case.

Bannon was arrested back in August and was only released after posting a $5 million bail. His trial is expected to take place this year, and he has pleaded not guilty to the charges that have been brought against him.

Bannon joined the Trump campaign back in 2016 as the chief strategist, and he is largely credited with helping the President win. He left shortly after Trump’s victory after he clashed with several White House officials.

The left is targeting him because of how important he was to the Trump campaign. They want to make an example out of him, which is why they are digging up charges that they can throw against him.

The President has announced a total of 73 pardons and 70 commutations. The list includes pop culture figures like Lil Wayne and Republicans such as former Deputy National Finance Chair of the Republican National Committee Elliott Broidy.

Many were disappointed that he did not pardon Julian Assange or Edward Snowden. The whistleblowers have shared state secrets that revealed how the government was violating citizens’ rights and have angered many from the intelligence and military community and elites in the government. While there is bipartisan support for pardoning the two whistleblowers, there must have been intense pressure too not to.

The President did not give a preemptive pardon for himself, his family, and his allies even in the face of threats being made by Democrats that they would be going after them once he steps down from office.