Trump Bids Goodbye: “I Love You. We’ll Be Back In Some Form” 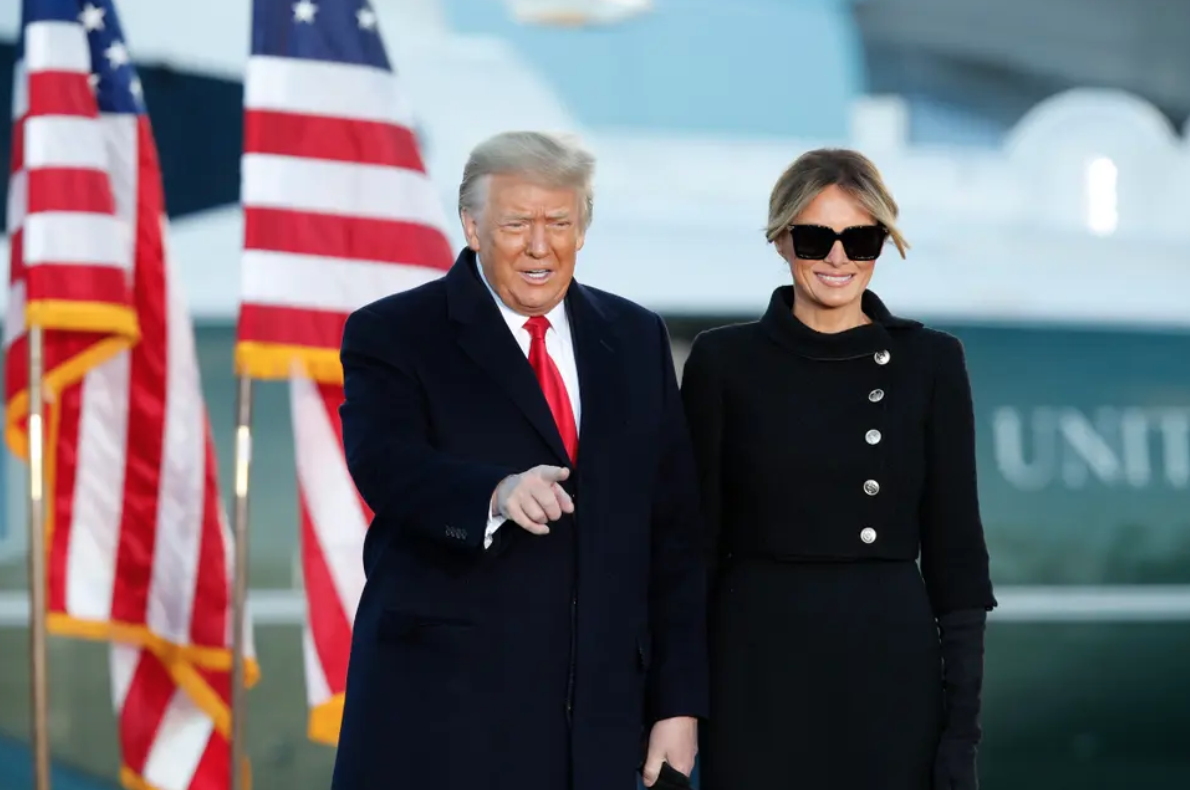 On Wednesday, former U.S. President Donald Trump bid goodbye to his staff and supporters as he finally stepped down from the White House aboard Air Force One.

In a heartwarming speech, Trump said to a crowd of roughly 500 people, “You are amazing people. This is a great, great country. This is my greatest honor and privilege to be your president.” Trump then sent out his final message to the American people “Goodbye. I love you. We’ll be back in some form.” The crowd cheered “U.S.A” as the former President took the stage. Trump also received the 21 gun salute before he headed to Camp Joint Andrews.

In his message, the former commander-in-chief also wished President Joe Biden and his running mate, Vice President Kamala Harris’s success. Without mentioning the two, the former President believed that his successors are onto something great and believed that Harris and Biden could reap the benefit of the previous administration’s successes.

The former Commander-in-chief then took off to Florida, where he will likely spend his post-admin days at his Mar-A-Lago resort. Upon arriving in Palm Beach, Trump was greeted by his fans who held up flags and signs to show their support. Some had even traveled all the way from Texas to meet the former U.S. President.

The Republican waved at the crowd as a motorcade slowly made its way to the resort. In an interview with WPLG, one of Trump’s supporters, Iam Hedendal, believed that the occasion should be marked as a “celebratory moment” to welcome the former U.S. President back home.