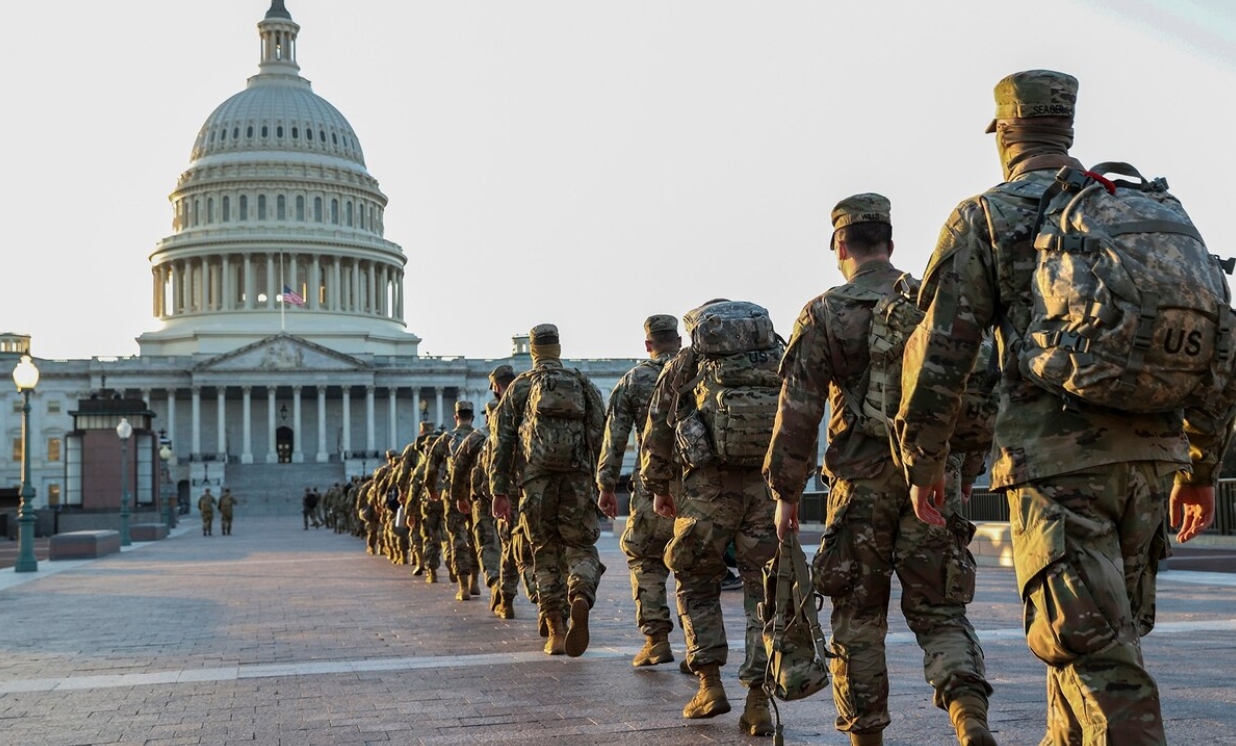 There is a massive buildup of forces in the nation’s capital as the inauguration dares closer. Aside from the National Guard, the D.C. Metropolitan Police, the U.S. Capitol Police, and the U.S. Park Police have also been tasked with providing security to the incoming president. It seems that the Democrats are very worried that there will be some sort of attack from protesters. But even with the increased security, it seems that they are not confident about the security for the event.

The F.B.I. has conducted a massive vetting process for all the troops in an attempt to weed out anyone who might initiate an insider attack during the inauguration. But according to a report by the Associated Press, no credible threats of attack have been uncovered.

Even as the Democrats are using the National Guard troops to secure Joe Biden, they are still accusing most of its members of being racist and being Trump supporters. Congressman Steve Cohen, a Democrat, says that the National Guard troops securing Washington D.C. right now may want to do something against Biden since many of them are Trump supporters. He said that there are too many white males who voted for the President. “The National Guard is 90 some-odd percent male, and only about 20 percent of white males voted for Biden.

You’ve got to figure that in the Guard, which is predominantly more conservative … they’re probably not more than 25 percent of the people there protecting us that voted for Biden. The other 75 percent are in the large class of folks that might want to do something,” Cohen told CNN. he is suggesting the use of troops that will exclude white males. Cohen offered no evidence to support what he had said.