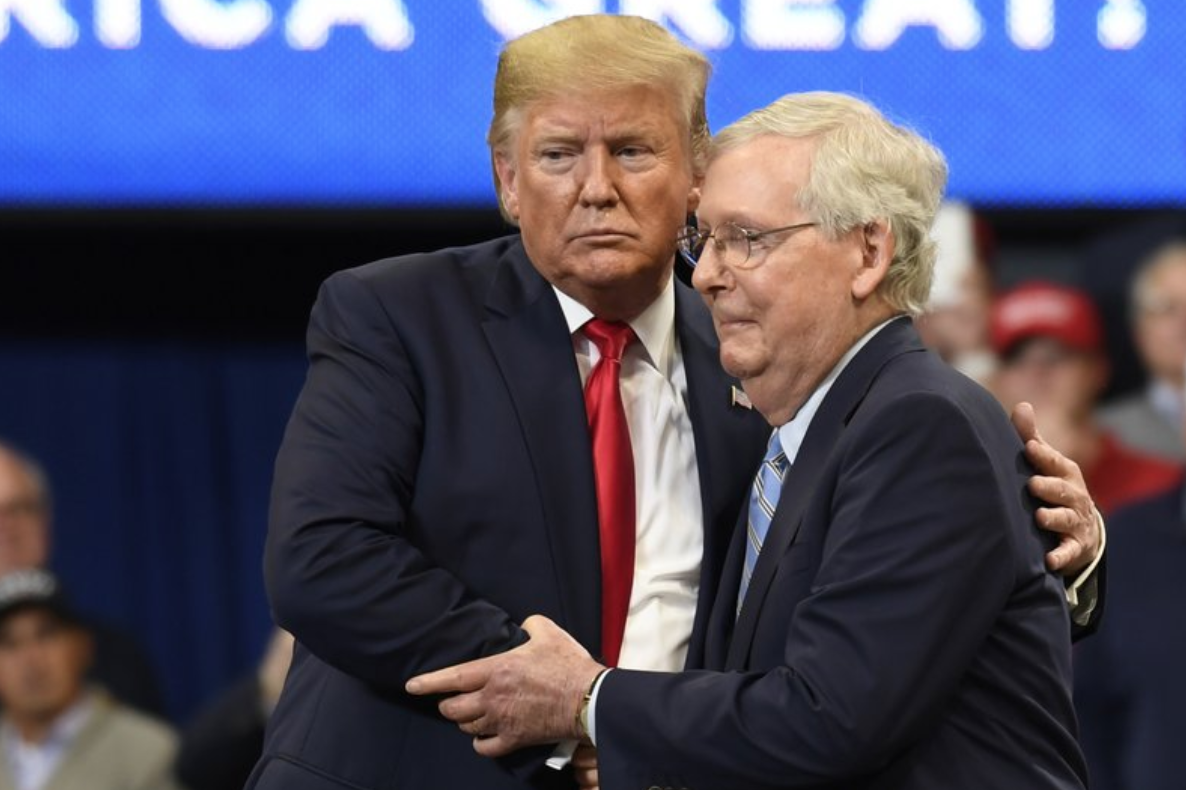 On Tuesday, Republican and Senate Majority leader Mitch McConnell delivered a speech on the Senate Floor in which he blamed President Donald Trump for “provoking” the January 6 Capitol riots.

In his speech, McConnell lambasted Trump over his alleged role in the violent incident. The key GOP figure said, “The last time the Senate convened, we had just reclaimed the Capitol from violent criminals who tried to stop congress from doing our duty.” The Senate Majority leader hinted that “other powerful people” aided Trump in mobilizing the crowd. He continued, “The mob was fed lies. They were provoked by the President and other powerful people.”

McConnell also betrayed Trump by suggesting that the President had deliberately planned and organized the entire incident in an attempt to remove Congress. He believed that Trump had used violence and fear to put pressure on Congressional members to reject the Electoral College votes results.

However, McConnell proudly stated that the violence did not hinder Congress to certify the votes and seal President-Elect Joe Biden’s presidential victory despite the attack.

“The mob was fed lies. They were provoked by the president and other powerful people."pic.twitter.com/xzUeMGnfNI

The Senate Majority leader made his statement amid reports that he had supported the Democrats move to launch a second impeachment complaint against Trump. In fact, McConnell saw the impeachment as an opportunity to “purge” and distance Trump away from the GOP.

In the impeachment resolution, Congress cited that the President held a rally before his supporters stormed the Capitol. The resolution stated that in his speech, Trump insisted that Biden stole the election. The article even noted that Trump had instructed the crowd to go to the Capitol and to “peacefully” cheer for the senators and congressmen who are challenging the legitimacy of results.

He also urged his supporters to remain strong in their fight against voter fraud and election irregularities. The complaint added that Trump’s statements fueled “seditious acts” that had resulted in violence, destruction, and death. The resolution concluded that the President’s action had endangered the country’s security, democracy, and government institutions.