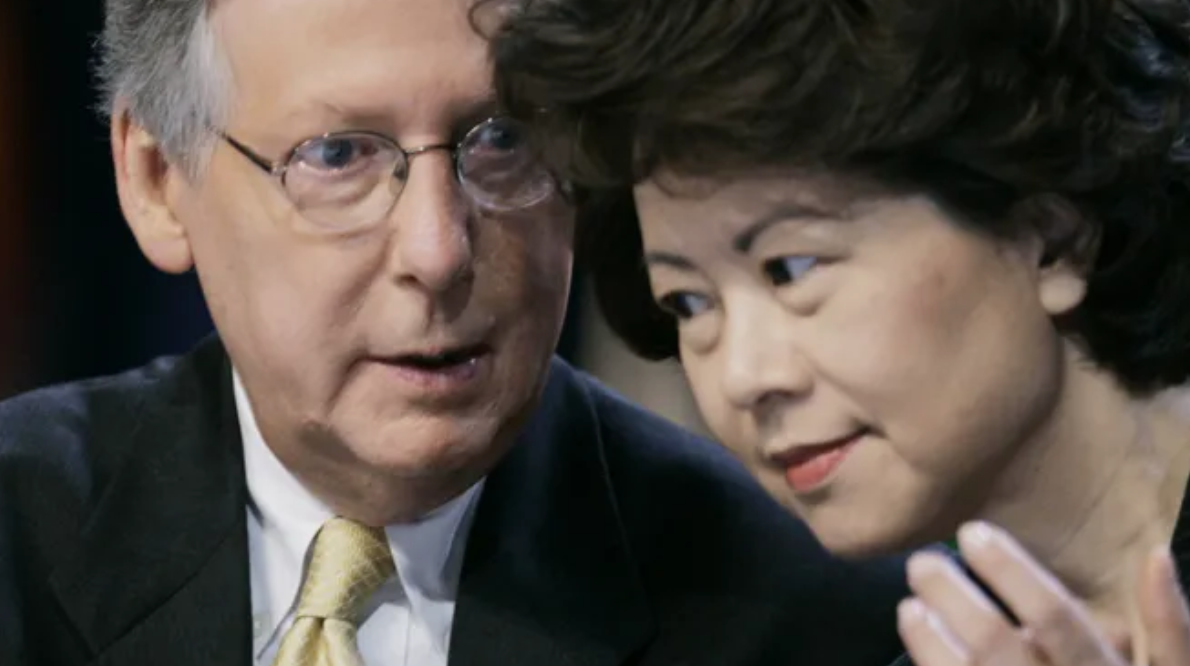 According to Schweizer, the Senate Majority Leader’s view against China had “softened” over his wife’s business deals with the communist country. In fact, he eleven suggested that there had been a growing relationship between Chao’s company and China. “Really, it goes to the fact that Mitch McConnell and Elaine Chao, his wife, are financially tied to the Chinese government.”

The senior contributor explained that Chao’s business ties began back in 1993. Shcweizer narrated that at that time, the communist state invited the Chao’s to discuss business opportunities for the family owned shipbuilding company . Elaine, along with her father James, and her husband, Senator Mitch McConnell went to visit China as a part of the said invitation. In their discussion, China agreed to finance the construction of ships for Chao’s corporation as well as provide crew and cargo for the ships.

Interestingly, McConnell’s visit came after just four years since the horrific Tiananmen Square Massacre. Schweizer believed that McConnell, is the reason that China is doing business with CHao’s shipbuilding company, “let’s make it clear, is because Mitch McConnell is a very powerful figure in Washington,” the senior said. He noted that this was a part of China’s strategy to gain political influence across the globe. Schwiezer also declared that McConnell is cautious not to anger China since it can potentially “‘destroy their family financially.”

Schweizer’s claim came after Chao resigned from her post as President Donald Trump’s Transportation Secretary. In a letter to her colleagues, Chao announced that she is walking away from the Trump administration following the violent Capitol riots. The former Transportation Secretary declared that she was deeply “troubled” by the recent incident. Moreover, she also blamed President Donald Trump, for inciting the riots, noting that the “traumatic” incident could have been entirely “avoidable.”

It has been the honor of a lifetime to serve the U.S. Department of Transportation. pic.twitter.com/rFxPsBoh6t

To add salt to the wound, her husband had also reportedly supported Trump’s second impeachment. In a shocking article from the New York Times, the media outlet cited an anonymous source, saying that McConnell is relieved that the Democratic party took the initiative to impeach the President. In fact, the Senate Majority Leader saw it as an opportunity to “purge” and distance Trump from the GOP.